Menace was on the job anchoring a night of classic punk for the local the punk rock brigade in Providence.

Menace formed in England during the summer of 1976 during the second wave of punk. Their cross-over blend of punk/skinhead has been considered one of the influences starting Oi!. Oi! is a punk sub-genre style of music that was aimed at bringing together punks, skinheads, and working-class youth. Menace broke up in 1979 but left a lasting impression on the punk scene with their hard-driving, garage style music.

The band reformed twice in the last 17 years with many member changes over the years. Their latest reformation has been well received at sold out shows in Europe and Japan, as well as festivals including the Punk and Disorderly Festival and the Rebellion Festival.

Menace ran through their catalog of songs featuring: “G.L.C.,” “Live For Today,” “Carry No Banners,” “Screwed Up,” “Electrocutioner,” and “Insane Society.” Their encore included “The Young Ones,” a cover of the 1961 hit by Cliff Richard and the Shadows, and “Last Years Youth.”

The Clap bassist front-man Johnny Loftus introduced The Clap as, “the band that sings about the things that sting – STDs.” The Clap hails from Pennsylvania and started in 1978. In 1979, The Clap was voted #1 worst band name by Rolling Stone Magazine. The band has a storied history reminiscent of “Spinal Tap” with deaths, drug addiction, and band member changes.

For The Worse was founded in 2002 by ex-members of A Poor Excuse. Singer Mike McCarthy, who is also a professional wrestler, brings relentless intensity to the stage and into the crowd.

For The Worse played a high energy, skinhead hardcore set starting with: “Skintro,” “IOUSA,” “Reverse The Curse,” “Chaos Continues,” You’re Not A Punk,” “Killing Myself,” “Good vs Evil,” “War On Everything,” “Donnie Was A Punk,” “Revenge,” “Busted Wide Open,” “SS In Boots,” “War On Drugs,” “Eat Shit, Get Fucked,” and “Blame Game.” 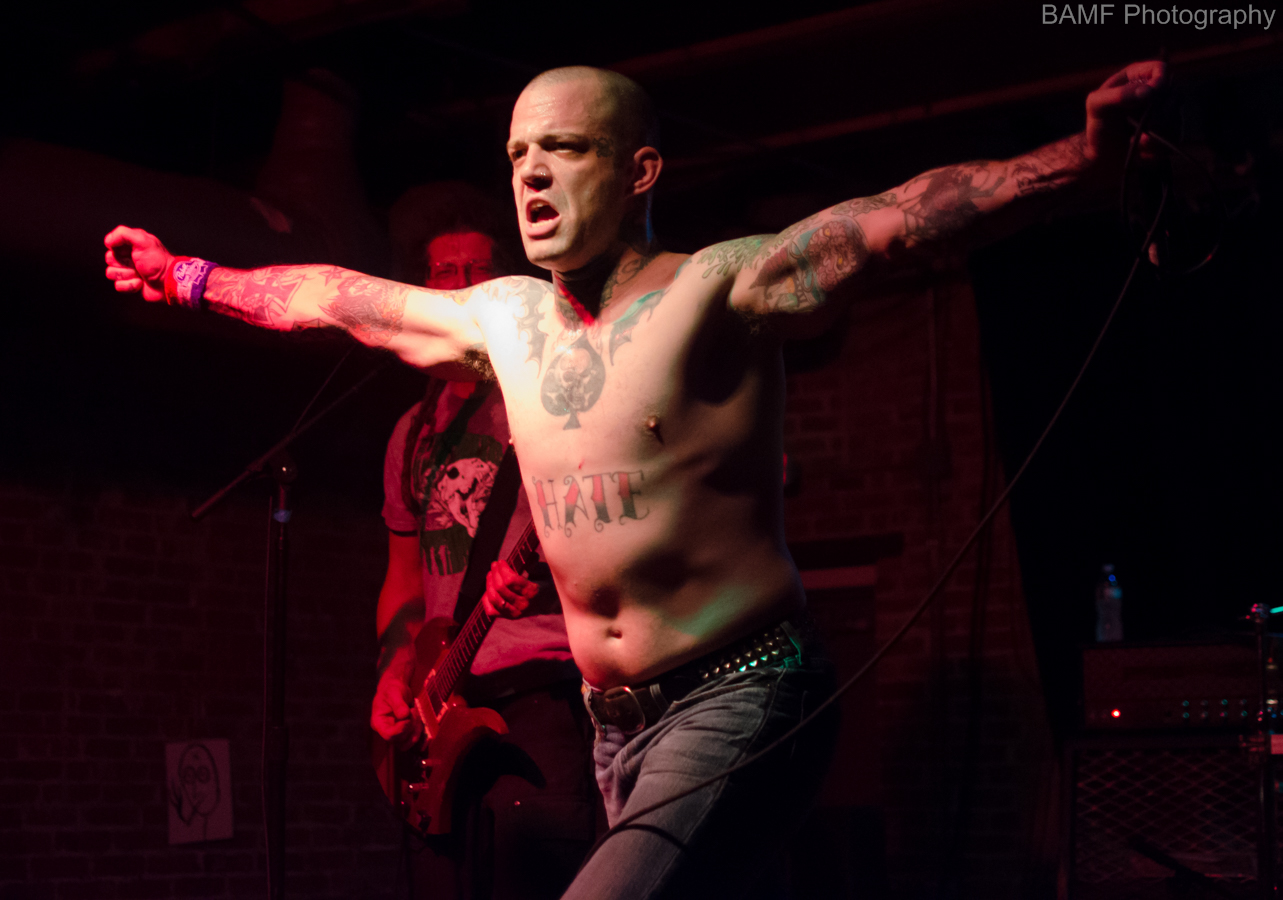 The Usual Suspects is a “drunk and disorderly” punk/Oi! band that formed in Rhode Island in late 2009. Although there were several band member changes between 2010 and 2012, the line up seems solid and ready to play their own ready to party version of working-class punk rock. Their set included: “Brick,” “Born To Hate,” “Outsourced,” “Disposable,” “4 Life,” “Never Fall,” “Trust Fund,” “Providence,” “Bullshit,” “We Don’t Care,” “Evil,” and “Antisocial.”

The Struggle was formed by Josh Barone from A Dying Breed. The Struggle was set up to pay tribute playing nothing but Warzone covers. Warzone was a New York hardcore band that started in 1982 and helped form the New York hardcore scene. 17 years after his death, The Struggle paid a fitting tribute to Raybeez, the singer of Warzone, who died September 11, 1997. Their set included: “Dance Hard Or Die,” “As One,” “Drug Free Youth,” “Skinhead Girl Warrior,” “In The Mirror,” “Crazy But Not Insane,” and “We’re The Crew.” This is one time that I hope The Struggle continues.

Barfight Champs is a Boston band recently formed by ex-members of Death Before Dishonor, In Our Blood, and Scars of Deceit. This was their first show together and their set was a blend of old school punk and Oi! that brought the crowd up to the stage. Singer Frankie Chairs said Barfight Champs sing songs about tradition, brotherhood and having a few drinks to help ease the stress and insanity of everyday life. Their songs are so new when asked for a setlist, Mikey Healey replied, “songs 1, 2, 3, 4, 6, and 5.” They are now recording an EP that will include the songs from their set: “Told Them So,” “G.L.C. Anthem,” “Working Class Poor,” “Old School Mentality,” “King Of Fools,” “Barfight Champs.”