Abstruktor is a four-piece metal band from Boston, Massachusetts, who describe themselves as “thrash and roll.”

With influences that include Amebix, Motorhead, Black Sabbath and Metallica, the first album from Abstruktor, Judgement Of Terror, draws on that diverse set of influences to produce a unique set of songs that cannot be considered just another thrash metal album.

The first two tracks on the album, “Black Wings” and “The Henchman,” have a mix of elements from thrash to heavy metal with significant tempo changes. The pace picks up with “Drifter” which sounds like classic Iron Maiden with the harmonized guitar playing. “Rapid Deception,” “Walking Dead,” “High Grade Speed,” and “Hail Of Fire” show off the thrash chops of the band. “Mouth Of Hell” is yet another nod to heavy metal.

If you are expecting a thrash metal album in the vein of Havok or Dust Bolt, Abstruktor may not be for you. If you like a little variety, give Judgement Of Terror a shot.

I had the opportunity to see Abstruktor play on April 20th supporting the 80’s thrash metal band Viking and Virginia Beach thrashers Possessor. Their energetic performance set the standard for the everyone else to meet.

Abstruktor will be going on a ten-date run down the East Coast in October. If you get the chance to see them, we recommend taking it. 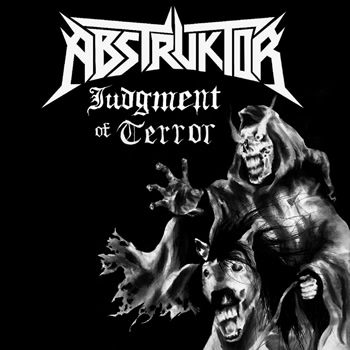