If there is ever going to be a resurgence of the sound that developed from the 90â€™s era Seattle grunge movement, Lullwater should be at the forefront of it!

These guys play southern influenced modern day hard rock with a mix of grunge. They take the classic sound of the Foo Fighters, Pearl Jam, Feversmile, and Alice In Chains then mix it up with some Seether, Hurt, and Smile Empty Soul. They do it in a way that gives them their own raw, distinct rock n’ roll sound without being a derivative of any of these listed bands.

Lullwater comes to us from the streets of Athens, Georgia where they honed their skills playing in a basement on Lullwater Drive. The band consists of John Strickland (rhythm guitar, vocals), Brett Strickland (lead guitar, vocals), Joe Wilson (drums) and Roy ‘Ray’ Beatty (bass). They all met in 2007 and morphed into Lullwater in 2010. They recorded their first album, Silhouette, shortly after and released it through Spectra Records in 2011. During this time, the band went from playing parties to hitting the road and doing 150+ shows a year. 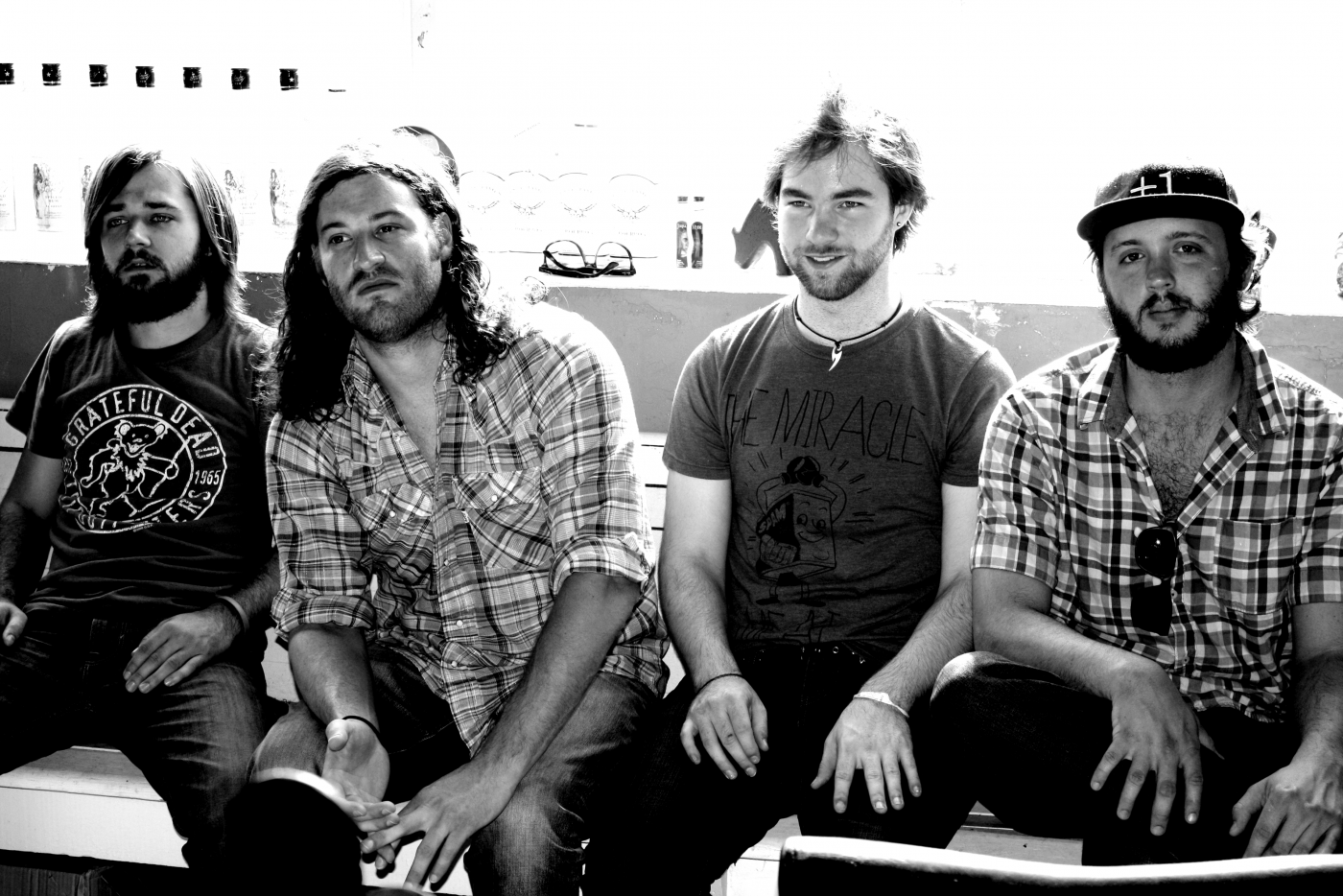 They uprooted themselves in December of 2011 and embarked on a journey to Seattle where they recorded their self-titled album, Lullwater, at the iconic London Bridge Studios. They worked at the same studio that produced classic albums from Pearl Jam, Alice In Chains, Soundgarden, Candlebox, Zakk Wyldeâ€™s Pride & Glory and 3 Doors Down, as well as many others.

The band recorded Lullwater on analog tape giving the songs a more honest, raw, and natural sound. Getting back to the roots of production allowed Lullwater to pull off a modern day recording with an old school feel, capturing the very essence of the band. This perfectly imperfect recording shows every nuance of the band. They have created a solid rock album with a full vintage guitar sound, soulful vocals, and intricate, warm rhythms while all layered behind a batch of well-written meaningful lyrics. 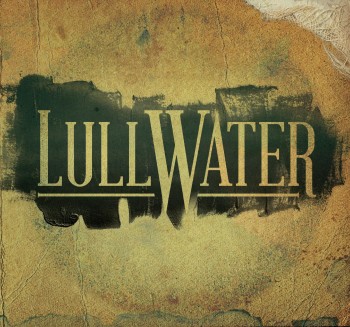 The band self-released Lullwater in 2013 on their label, Dinobird Records. According to John Strickland, they are ecstatic with the sales of the new album. Strickland says the sales of the album are making it able for the band to support themselves while they tour. Guitar World premiered Lullwater while the video for the single “Albatross” was picked up for an exclusive debut by Artist Direct. They were also featured on VH1â€™s list of Bands You Oughta Know for the month of December 2013.

“Oddline” kicks it off full throttle and sets the pace for the rest of the album to follow. It opens up with a great guitar hook followed by the crashing sound of the drums. This energetic song never slows down even kicking it up a notch during the chorus.

“New Design” pulls the pace back a bit highlighting John Stricklandâ€™s incredible vocal range. Although driven by the intensity of the drum and guitars, “New Design” allows Strickland to show his softer heart-felt ‘Eddie Vedder’ side while switching into his energetic ‘Dave Grohl’ side. “New Design” rises out of the speakers with an urgency attempted by many, but few can maintain.

“Blind” has a bit of a classic rock feel to it. The guitars are backed up by Wilsonâ€™s pulsating drum rhythm. Stricklandâ€™s vocals start out mellow but contain enough grit so that his transition to the chorus sounds natural when he belts it out then keeps the intensity up until the end.

“The Dream” shows a happier side of the band. With a playful rhythm, this song has enough spunk to get you to tap your feet and bob your head along to the beat. “The Dream” reminds me of Collective Soul during their Hints Allegations and Things Left Unsaid era.

“Get A Life” is a darker sounding song reminiscent of Alice In Chains Dirt era. Thereâ€™s a rage and a simmer to Stricklandâ€™s vocals blended with a dark melody and hard rocking guitars.

“Tug Of War” builds from a low rumble to a loud roar somewhat reminding me of Seether. With its rich harmony, raw guitars and intense vocals, this song is sure to have enough power behind it to fill an arena-sized venue.

“Curiosity” is a modern day rocker reminiscent of Smile Empty Soul. The vocals hum along with a mellow groove giving the song a perfect balance of melody and rhythm.

“A Plane” shows that Lullwater can do more than resurrect grunge. With its intricate composition, this song starts and stops with a battering ram of drums while the guitars build to a point where they slow back down to a low rumble then surge back up again.

“Walk On By” is a change of direction. Strickland sings in a haunting voice with an atmospheric 60â€™s surf guitar, and drum beat feel to it.

“Home,” similar to “The Dream,” continues with a playful rhythm and a happy beat. “Home” is a musical blend of punk and pop-style melodies somewhat reminiscent of what John Kastner did with the Doughboys in the late 80â€™s to early 90â€™s.

“Waste Yourself” brings back the deep groove heard earlier in the album. Stricklandâ€™s vocals simmer amongst the dark melody until he pushes out the angst. His voice contains the perfect amount of gravel and grit so as not to be too soft and has the making for good screams.

“Hello” wraps up the album with a haunting dreamy atmospheric sound that one can feel echoing off the walls of a dark room. “Hello” starts off soft and takes its time building to a climatic guitar solo where the album seems to end in a layer of white noise. After a moment of silence, the album picks back up with an unlisted acoustic number, “Lonesome,” which then closes out the album. 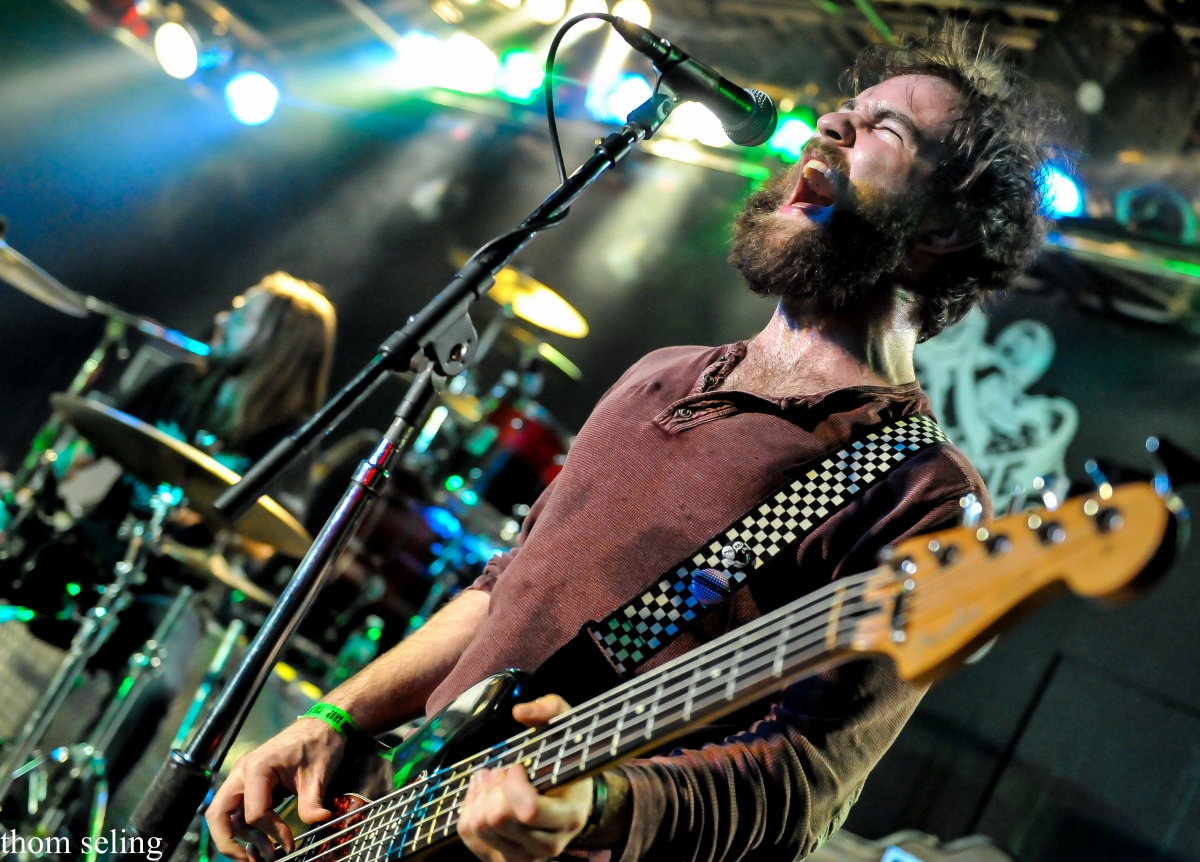 Lullwater is a rawer sounding rock-oriented album than its anthemic hard-rocking predecessor Silhouette. Where the band seemed to lack direction on Silhouette, Lullwater introduces a fiercer, grittier sound with more heart and emotion. Lullwater has created a solid rock album with broad appeal. Mostly filled with intense sounding rockers, Lullwater blends Stricklandâ€™s throaty vocal delivery with a few slower, atmospheric sounding numbers that allow the other band members to shine through in their individual way.

Few deliver anything but watered down versions of those who influenced them from their past. Lullwater is the exception as they have crafted something with passion, drive, determination and honesty. They pay homage to the grunge era of the 90â€™s but do it in a way that makes it their own. By adding a little of their Southern upbringing, they are putting their stamp on a tried and true music.

For the last several years, the Athens-based quartet has logged countless miles on the highway and played hundreds of shows throughout the U.S. They are building an avid fanbase by making a pure connection with those they encounter. The band is on the verge of developing a national presence and plan on committing the majority of 2014 to touring.

Lullwater is currently out on tour with Ra and Adakain as part of Raâ€™s Critical Mass tour. They made their first ever Michigan appearance at the Machine Shop in Flint, Michigan on March 1st, 2014. They opened up their set with Oddline. By the end of this first song, Lullwater sucked the audience out of their seats and toward the stage. Lullwater followed the rest of their set with, Waste Yourself, Broken Wings, Let Me Out/Get A Life, Albatross, and Tug Of War. Lullwater left the stage with a room full of new found fans!

Our photographer Thom Seling was on hand at The Machine Shop in Flint, Michigan, to catch their act. Here are the images from that night.