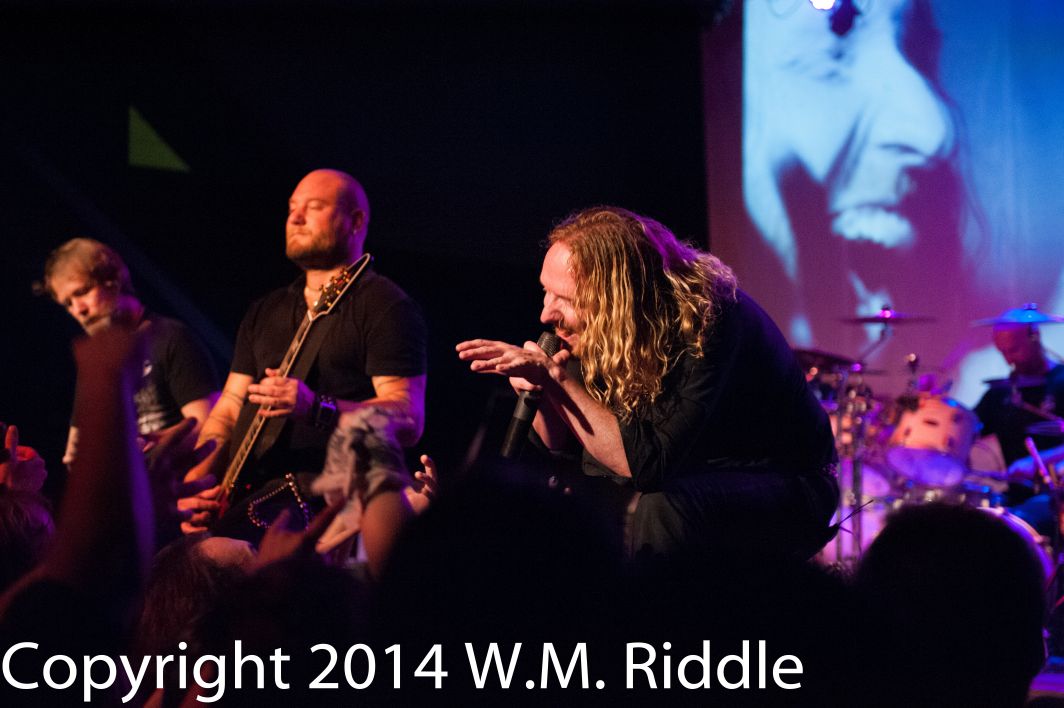 Riding in the rain on my motorcycle to an event like this was one of my new best experiences I have had yet while being out here in the Pacific North Wet! I have learned a few things while being here; new bands which never toured my home town, good beer, and riding a motorcycle year round.

When I was asked if I could make it to the gig, I said, “sure, I’ll do it”. I hopped on my bike and set out to the Hawthorne Theatre.

Honestly, I’ve only heard of these guys from friends or listening at a bar having a beer. I recall wondering who they were, while also thinking they were cool. I was not prepared for the event I experienced upon entering the Hawthorne Theatre for the ‘Metal party’ (as proclaimed by Omnium Gatherum vocalistÂ Jukka Pelkonen). It was on!

First on stage was Terraclipse, a science-fiction themed heavy metal band from Portland, Oregon, who started in 2011. The launch of their debut EP, Project: Chronos, makes it obvious Terraclipse is not your average metal band. Their live performance, energy, and musicianship should have them selling records in scores!

Next up was Southgate, also from Portland, Oregon. They have recently released a new EP entitled, The Failing. Southgate can be best described as a tsunami of heavy riffs combined with psychedelic tendencies. Southgate was a crowd pleaser and a must-see band.

Southern Californian natives, Exmortus, delivered a neck-breaking, melodic mosh pit of awesome sure to have every head thrashing! With their album, Slave to the Sword available almost everywhere, I grabbed a copy at the show and havenâ€™t stopped listening to it since. Great album and awesome band! I canâ€™t wait for them to tour again!

All the way from Finland was Onium Gatherum, a six-piece band firing off a mix of progressive and melodic death metal. They are here touring North American for first time, and built on the momentum of an already on-fire evening. On tour supporting their latest album, Beyond, they definitely showed Portland how to throw down!

Dark Tranquillity from Gothenburg, Sweden headlined the event and brought the back of the room to the front. DT, pioneers of Gothenburg metal, delivered with their usual high-energy performance on the Hawthorne Theatre stage. The pit was intense, and the show, brilliant! They were the highlight of the night and the perfect conclusion to this all-metal event.