Vocalist Chad Sabo made himself famous by sharing his demos on Soundcloud and Facebook. His music caught the attention of a friend back in 2014, who was inspired to pass on his content to another friend at Roc Nation.

“After Roc Nation heard my music, they contacted me to let me know they were interested in signing me to a publishing deal,” said Sabo.”

Not only did Sabo learn that a Roc Nation was interested in his music, but one another well-known artist was listening too.

“Within a day or two, I found out that they had sent one of my songs, ‘Never Ending,’ to Rihanna to pitch for her upcoming album,” said Sabo, “and that she wanted to record it.” 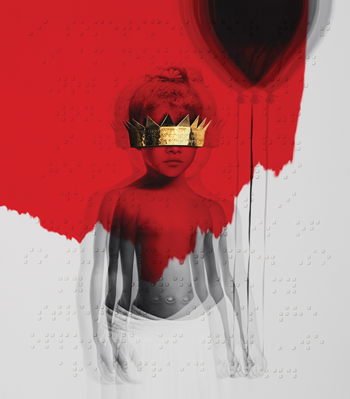 Rihanna’s album, ANTI, dropped on January 28 of this year with the song “Never Ending” as track number ten.

“It still feels crazy to look at the track listing and see it sitting there,” said Sabo, “It’s been such a surreal experience.”

Sabo meet up with some fellow local musicians from Asbury Park, NJ where they started playing regularly later in 2014. The group consisted of Chad Sabo, Matt Castoral (vocals, bass), Nash Breen (drums), and Erik Rudic (guitar).These four men make up The Cold Seas “” a group officially signed by Roc Nation as of March 25, 2016.

The band came together in 2014 and had taken the sound of the striving music scene of Asbury Park and made it mobile. Despite their recency, The Cold Seas have already managed to complete a tour with Armor For Sleep.

The band offered a few of their favorite words of advice, and hobbies.

“Don’t do drugs unless it’s with your parents,” said Nash Breen who likes yoga and watching animal shows.