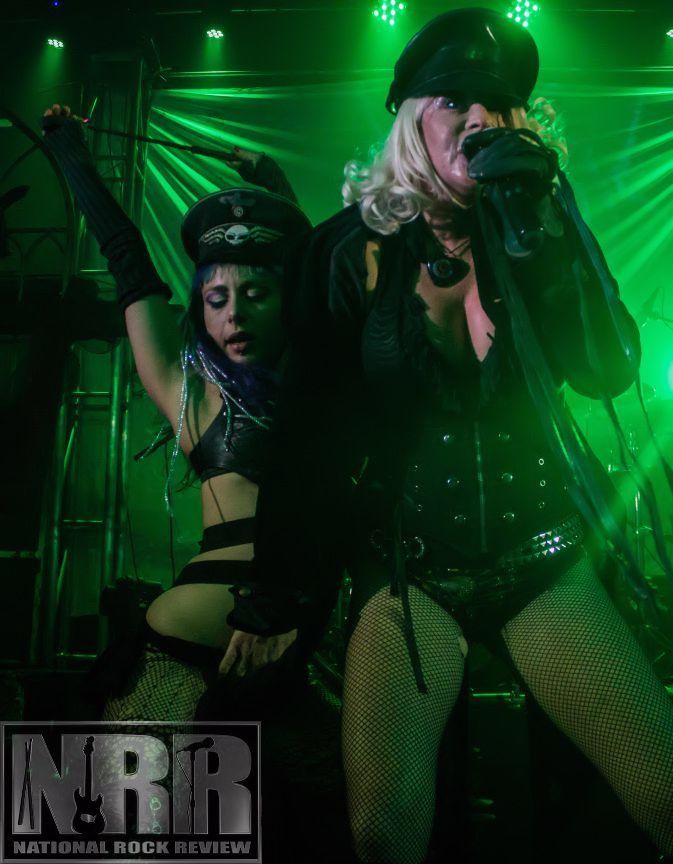 The Genitorturers out of Orlando, Florida are an industrial metal band whom originated during the 1990â€™s Florida hardcore music scene. The band, founded by lead singer Gen, was initially called The Festering Genitorturers, shortening their name thereafter.

Along with pornographic theatrics, they fuse elements of hardcore punk, metal, and industrial electronics into their music. Their provocative live shows have helped bridge the gap between the fetish scene and the music scene. They like to call their live shows the â€œFetish Music Realmâ€, which utilize audience volunteers and are filled with sexually charged antics.

In 1993, they inked a deal with IRS Records and released their dÃ©but album, 120 Days of Genitorture. Since then, they have released: Sin City (1998 Cleopatra), Machine Love (2000 Cleopatra), Flesh Is The Law EP (2002 Cleopatra) and Blackheart Revolution (2009 Retribution Music).

The band is currently out on their 20 Years of Depravity tour which made a pit stop at the Diesel Concert Lounge in Chesterfield Twp., Michigan on March 15th, 2014.

GenitorturersÂ wasted no time in diving in to the debaucherous live show they are known for, albeit a bit toned down from their earlier years. Nonetheless they were on top of their game even with a hobbled venue sound system due to circumstances beyond their control. No sign of aging rockers in this band as GenÂ took to the stage full of vigor, her sinister, sleek performance coupled with her powerful voice domineering the crowd. All systems were go; a hi-octane performance that never let up for a split second. They cranked through a couple dozen songs without any sign of slowing down, with the crowd well in to the show. At this rate they will be going for another 20 years, if not more!

The contrast of the darkness on stage punctuated by the vibrant colored lights really set the atmosphere for their set. The outpouring of local fans who have supported this band over the past couple of decades was amazing. Definitely on the short list to catch again when they play a headlining show later this year downtown, one that Sean Mooer promised would be a spectacle for the ages.

Eprom Colony is another immensely powerful sounding band out of Detroit. Fronted by Doc Colony, who’s musical and production resume lists a mile long in the Electronic, DJ, and Industrial scene, they were slated to open the show but ended up on second with a shortened set. The support for this act was numerous as well, with several costumed fans in full dance mode as the bass kicked in and the guitars crunched away blending in to the layers of the electronic backing tracks. A commanding presence on stage, Eprom Colony is another solid group from Detroit for sure.