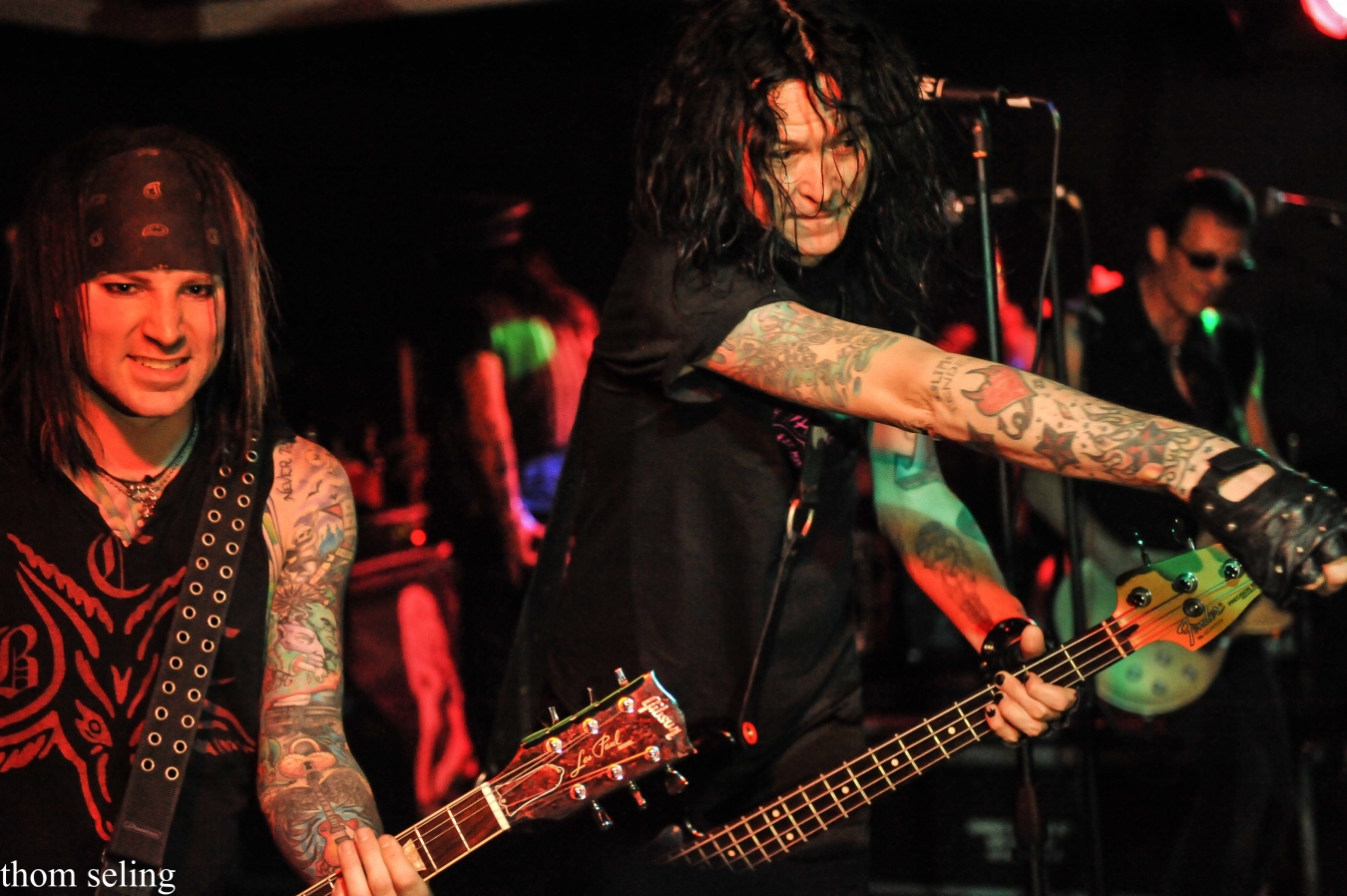 Walking through the front door of the Perfect Pitcher in Taylor, Michigan on April 15th, 2014 was like stepping back in time about 25 years. A crowd of 150+, which is good for a Tuesday night, had turned out to see Faster Pussycat. Most, in attendance, appeared to be in their mid-40â€™s but tonight they were all 18 again!

Taime Downe, singer and founding member, is the only original member to remain. This didnâ€™t seem to bother anyone in attendance as he was always the voice and face of Faster Pussycat. Rounding out the current line-up is Xristain Simon (guitar), Danny Nordahl (bass), Chad Stewart (drums), and Ace Von Johnson (guitar).

The band took the stage to an enthusiastic applause and blasted through a lengthy set, which included all of their hits as well as classic tunes from their lengthy career-spanning catalog. These guys sounded as tight as ever and did not disappoint. They entertained from start to finish, even mocking themselves and having fun interacting with the fans. The audience, with fists pumped up in the air, sang along to such classic tracks as Bathroom Wall, House of Pain, Youâ€™re So Vain, Number 1 With A Bullet, Slip Of The Tongue, and Pretty Ugly. The only thing that seemed to be missing is the sea of lighters I expected to be lit up during House of Pain.

Although riding high on 80â€™s nostalgia, these guys can sure play! Watching Ace Von Johnson play guitar is like watching a young Jake E. Lee as he has the flare to put on a great show plus the ability to mesmerize you with his extraordinary musicianship. This was a fantastic night of sleazy rock â€˜n roll!

Red Light Saints opened for Faster Pussycat that night at the Perfect Pitcher in Taylor. National Rock Review not only reviewed and photographed their show, we conducted an in-depth interview with the band. You can read this article here: Red Light Saints concert review and interview

Our photographer, Thom Seling, was on hand to catch Faster Pussycat in their sleazy act. Here are the images from that night.