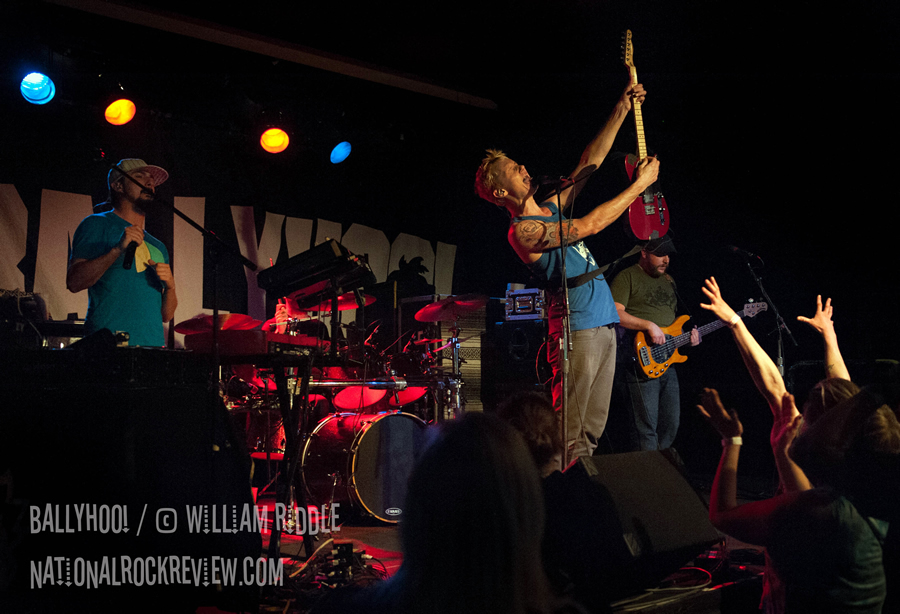 Originally scheduled for February 7th, The Winter Brew Ha Ha, a rock, reggae, dub, and progressive stylings tour with Passafire and Ballyhoo! featuring special guest Pacific Dub, was rescheduled as Portland, Oregon received its version of the ‘Snow-Pocalypse!’. But lucky for Portland concert goers, the event was rescheduled the following Monday!

Setting the mood, Pacific Dub from Huntington Beach, California hit the stage and caught everyone up with the west coast dub sound! Â Pacific Dub is an up and coming band well worth keeping your eyes and ears on.

Next up, all the way from Aberdeen, Maryland where east meets west, Ballyhoo! got the ground shaking and the ladies dancing with a rock, pop, punk, and reggae infused sound sure to make any fan of any of the mentioned genre a fan of their new album Pineapple Grenade. Â Ballyhoo! has a unique sound that is both fun and frenetic making them quite addictive to listen to. Â They were perhaps the highlight of the night.

Now with the house fired up, Passafire, all the way from Savannah, Georgia promoting their new album Vines got the Roseland Theater’s Peter’s Room jumping for the rest of the evening with a killer set closing the evening with a trifecta of perfection; great music by three very hot bands! Â Passafire are veterans and always deliver. Â Tonight was no different.

Below you’ll find some pictures from the event. While you are checking them out, be sure to visit the artists web sites. Finally, check them out while they’re on the road; you won’t be disappointed.