Hatchet wrap up Rise Again and are set to hit road with Flotsam & Jetsam and Exmortus.

Do you like old school thrash? Of course you do.
Do youÂ love ear shredding guitar solos? Me too.
Can you never get enough relentless mind melting thrash metal? Neither can I.

If you answered yes to any of these questions and you are not familiar with Hatchet, You need to be.

Bay Area thrashers and The End Records recording artists Hatchet have just wrapped up the Rise Again Tour, which also featured Threat Signal and Black Tide. The band continues to tour in support of their latest release “Dawn Of The End”; which showcases the bands aggressive, relentless style of thrash and also provides a more technically precise and polished effort than the bands 2008 release “Awaiting Evil”.

If you missed them this time around, don’t worry.

After 3 headlining shows, the band is set to hit the road for 10 west coast dates with Phoenix thrash legends Flotsam & Jetsam as well as Prosthetic Records recording artists Exmortus on the No Place On Tour 2014.

Hailing from Whittier, CA, Exmortus is touring in support of their latest release “Slave To The Sword” which was released on February 4, 2014.

Flotsam and Jetsam is supporting their latest releases Ugly Noise and the 20th anniversary re-recording of No Place For Disgrace. The band will be heading to Europe to hit the summer festival circuit following the West coast dates.

Obviously, this is a tour not to be missed.

AsÂ the band passed through the Detroit area and played The Token Lounge in Westland, Michigan on the Rise Again Tour earlier this month, founding member, lead vocalist and guitarist Julz Ramos took a few moments after their incredible set to chat with the National Rock Review.

NRR would like to thank Julz for the time and wish them the best of luck on the upcoming tour.

Interview with Julz Ramos of Hatchet: 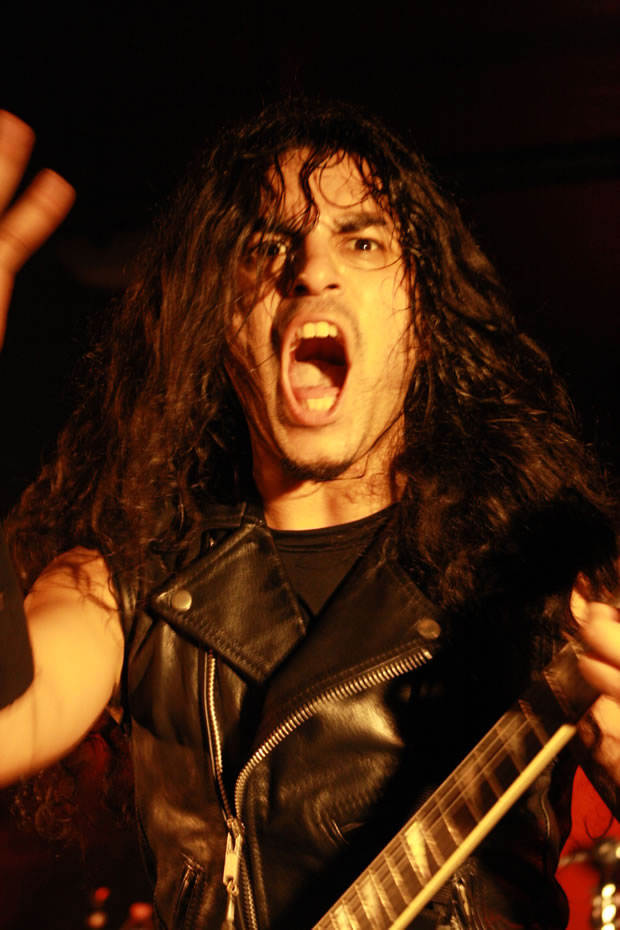