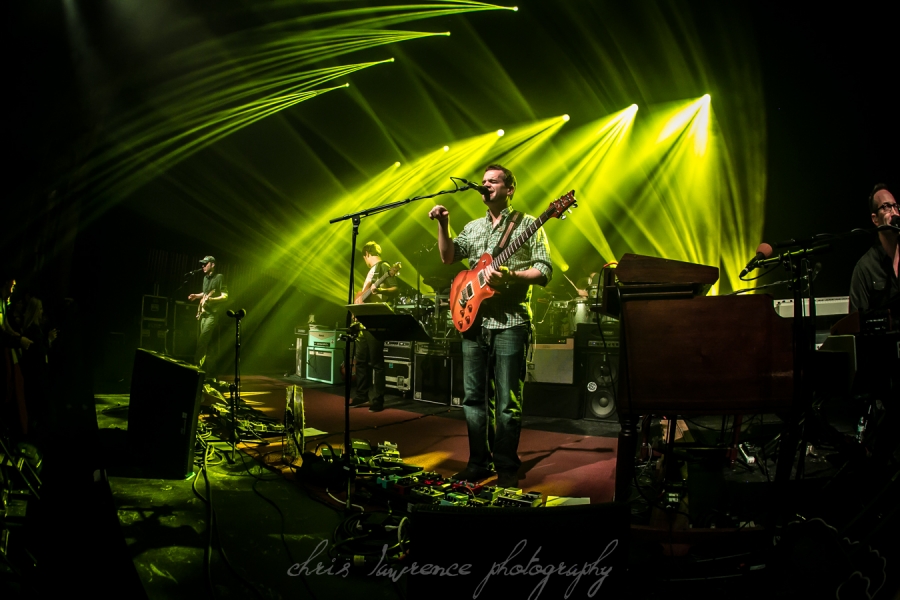 Umphrey’s McGee is a progressive and experimental rock band, out of Chicago, Illinois. First founded in 1997, they have made a name for themselves with their improvisational style forging a path in the fashion of jam-scene greats like the Greatful Dead and Phish.

The band formed at the University of Notre Dame in 1997 by Brendan Bayliss (guitar and vocals), Ryan Stasik (bass), Joel Cummins (keyboard), and Mike Mirro (drums). The name Umprey’s McGee is said to be taken from two distant relatives of Bayliss, both named Humphries McGee. The band jokes that, “they’re both suing us.”

Umprey’s McGee released their first album, Greatest Hits Vol. III, in 1998. Five more studio releases followed; Local Band Does OK (2002), Anchor Drops (2004), Safety In Numbers (2006), The Bottom Half (2007), Mantis (2009), and Death By Stereo (2011). These releases, regular touring, and appearances on network television and major magazines has proved the band has staying power. Their dedicated fan base will back that up.

Umphrey’s McGee played at The Fillmore in Detroit, Michigan on 01-Feb-2014. Chris Betea of National Rock Review was on hand to capture the imagery of their show.