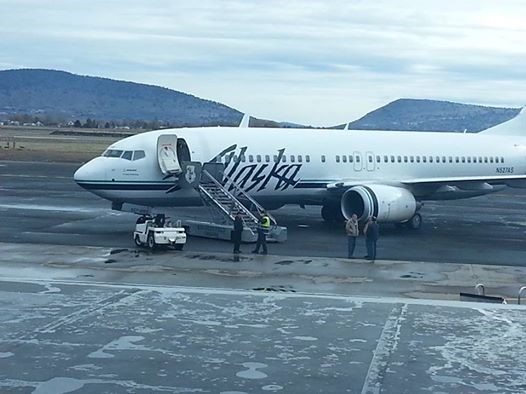 “The show must go on!”, stated members of The Boys Of Summer, after an Alaska Airlines jet transporting the popular Eagles tribute group to a gig in Auburn, Washington made an abrupt emergency landing earlier today.

The jet (pictured above) apprently lost power in one of its engines, causing Alaska Airlines Flight #539 to make an unscheduled, emergency landing in Klammath Falls, Oregon.

The Southern California-based is known for its spot-on, musical interpretations of songs by the legendary Eagles and was on its way to perform at the Muckleshoot Casino, kicking off a 40-city national tour.