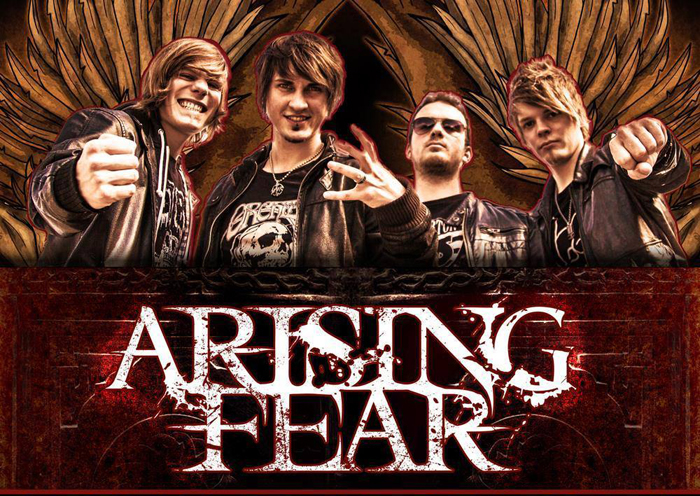 Arising Fear is gearing up to release new album “Beyond Betrayal” at the end of the month, and a teaser trailer is available below. The following press release was also issued about the band:

“Arising Fear was founded back in 2008 in Augsburg, Bavaria, and affect their listeners with catchy hooks, complex song structures and hard headbanger riffs – all those musical elements meet in the music of Arising Fear and give their individual wall of sound a very interesting and powerful attitude.

“Followed by an immense number of live shows in Germany, Poland and Italy, with well known Bands like Emil Bulls, Farewell To Arms or Tenside the band released their self-titled debut EP in September 2009 which received excellent press consistently.

“In Arising Fear, Alex Rauh (vocals/guitar), Kevin PÃ¶llmann (guitar/vocals), Tobi MÃ¶hring (drums) and Tom Franz (bass) prescribe themselves to the passion for creating their own music which can be considered as a mix of classical Heavy Metal, Thrash Metal and elements of the Metalcore genre.

“Currently, the four playful guys from Arising Fear are in the studio and working diligently on their debut album ‘Beyond Betrayal’ which will be released on March 29th, 2014.”