Rock ‘n’ Roll as a genre evolved from the blues in the 1940s/50s. Subsequently, Black Stone Cherry cut their teeth listening to and learning from the electric blues greats of the 1960s. Speaking of the blues, BSC’s front man Chris Robertson went on to say that “A defining moment for me was realizing all the rock n’ roll that I loved came from the blues”. 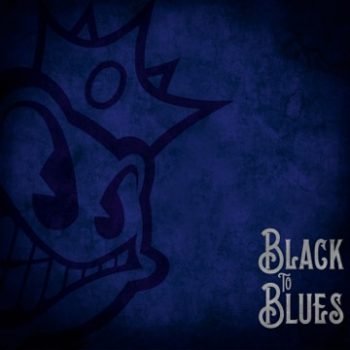 Throughout their latest offering, the band grapples with the work of blues masters like Howlin’ Wolf, Freddie King, Albert King and Muddy Waters. The latter of which features prominently, with three of his numbers having been recorded on the EP.

It’s fair to say that the blues greats along with these tracks, in particular, have been covered extensively in the past by a whole host of artists, so what makes the covers on this EP any different from the rest?

The opening track of the EP “Built For Comfort” by Howlin’ Wolf has that ever so familiar Black Stone Cherry sound which their fans have come to know and love. The addition of some funky keys adds depth to the song. As the song ebbs and flows there is also a stark contrast between the blistering wah infused guitar solo of Ben Wells to Robertson’s more traditional mid-song blues breakdown.

Black Stone Cherry’s frantic take on the Freddie King classic “Palace of the King” features the ever prominent pounding rhythm of John Fred Young and Jon Lawhon. Playing the track in a drop tuning and in double quick time has given the number a lot more of a heavier tone.

The quartet really fleshes out Muddy Waters’ “Champagne and Reefer”. The track is packed full of crunchy power chords and features some sizzling blues harp. This is a Muddy Waters track being performed like you’ve never heard before.

The EP features an incredibly dark and sludgy rendition of Albert King’s unmistakable hit “Born Under A Bad Sign”. Black Stone Cherry round out the EP with their upbeat, slide fueled take on Muddy Waters’ “I Want To Be Loved”.

This may seem like a change of pace for the BSC boys but, the quartet hasn’t just taken these songs and performed them in the style of the blues masters, but rather reimagined them. Black Stone Cherry has taken inspiration from and put their own slant on these six timeless classics giving them a deeper, darker more contemporary, fuzz fueled sound which is typified by their distinctive hard rocking groove.

With each of these tracks, Black Stone Cherry has made them their own. It’s certainly refreshing to hear a hard rock band doing something a bit different and the end result really speaks for itself.

The Black To Blues EP by Black Stone Cherry will be released via Mascot Label Group on September 29th.