With the March 22 release of The Dirt on Netflix a little more than a month away, Motley Crue has delivered the first official trailer for the film version of their memoir.

Yesterday, Nikki Sixx hyped the trailer by tweeting out a 19-second teaser that appeared to depict several key moments in the band’s lives, including Vince Neil’s (Daniel Webber) infamous car crash, Mick Mars’ (Iwan Rheon) medical issues, Sixx’s (Douglas Booth) heroin overdose, Tommy Lee’s (Machine Gun Kelly) marriage to Heather Locklear (Rebekah Graf) and their tour in support of Shout at the Devil (based on the outfits). The movie will also feature David Costabile as Doc McGhee and Tony Cavalero as Ozzy Osbourne. “Their music made them famous,” a caption read. “Their lives made them infamous.” Later, a voice says, “Win it all or lose it all, we are Motley Crue.” 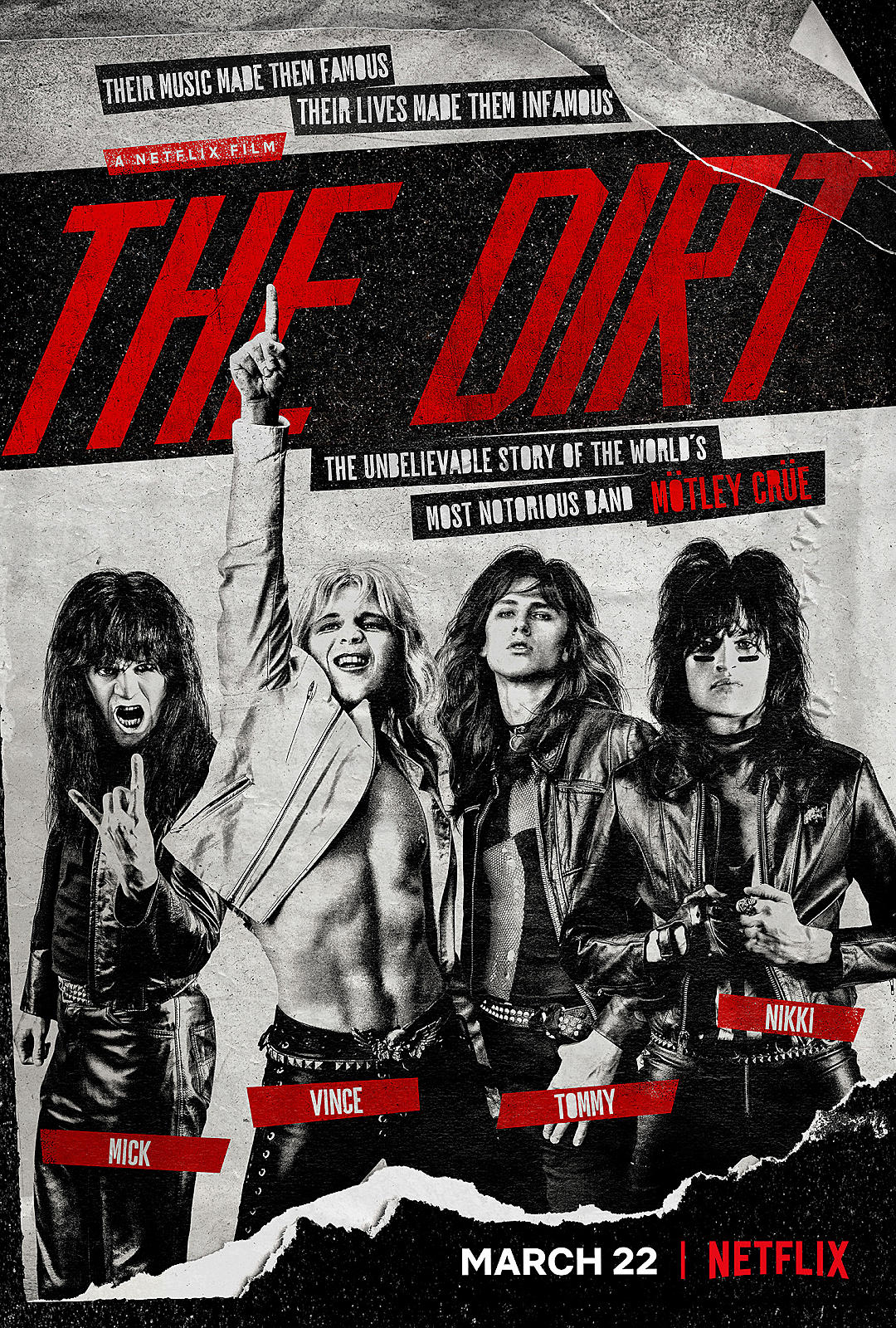 On February 21, Sixx will be a guest on Jonesy’s Jukebox, the Los Angeles radio show hosted by former Sex Pistol Steve Jones. Sixx is expected to give the world premiere of one of the four new songs the band recorded for the movie with producer Bob Rock.