Cincy Powerfest is one of the largest locally-organized shows in the area featuring some of the best groups of the Ohio, Kentucky, and Wisconsin metal scenes. This yearâ€™s edition will converge on The Madison Theatre in Covington, Kentucky on Saturday, January 23 with headliner, Automaton. The event sponsor is the anime convention, Shumatsucon.

2016 marks the return for the second year at the Madison Theatre in Covington, Kentucky. This year’s installment will feature some of the best up-and-coming metal groups from Ohio, Kentucky, Indiana and Wisconsin. The headline act, based in Cincinnati, this year is steampunk-inspired, Automaton. 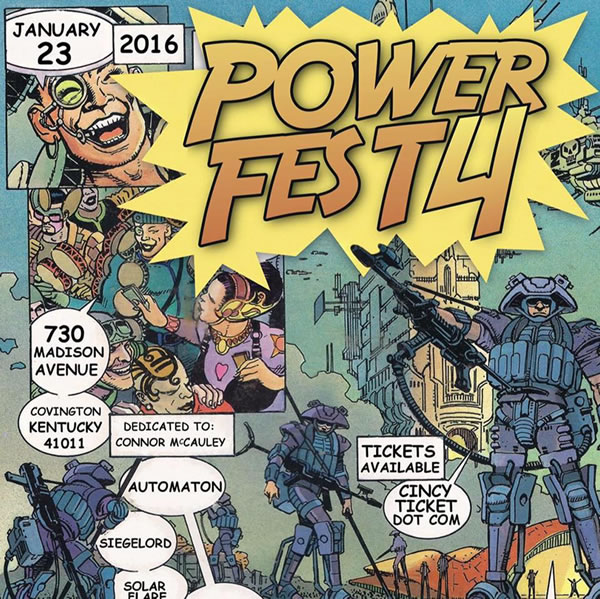 The Powerfest show concept, first formed by David Sugarman and Anthony Campbell in 2013, is focused on growing the local Cincinnati metal community and has grown year over year. Cincy Powerfest IV is expected to be the biggest ever.

Powerfest IV also carries a special meaning; it is dedicated to the memory of Connor McCauley. Connor was the original bass player for Automaton, who recently died. He played in the first Powerfest with Automaton and left a lasting impression on many of those involved with the show.

To engage their followers, Automaton posted a poll on the Shumatsucon Facebook event page requesting input on their setlist. Interested fans can place your vote for songs off their debut album, A Bold New Horizon.

Tickets are available at the Madison Theatre Box Office, on their website, or at the door. Tickets cost $10 in advance and $15 on the day of the event. The show is all ages with doors opening at 7:00 pm. The first band is scheduled to play at 7:30 pm.