Canadian rockers Monster Truck will release the follow-up to the 2013 Juno Award nominated Furiosity via Mascot Label Group on February 19.

Monster Truck has hit the road hard over the last couple of years, touring with the likes of Guns N’ Roses, Slash, and ZZ Top to name but a few and have used their touring experiences to develop and refine their sound. The title of the new album is Sittin’ Heavy and aren’t they just?

The album is being released in Europe via Mascot Label Group. Dine Alone Records is releasing the album in Canada and the United States.

The opening tracks of the album include the ferocious “Why Are You Not Rocking?” and “Don’t Tell Me How To Live,” which sets the tone for the rest of the album. 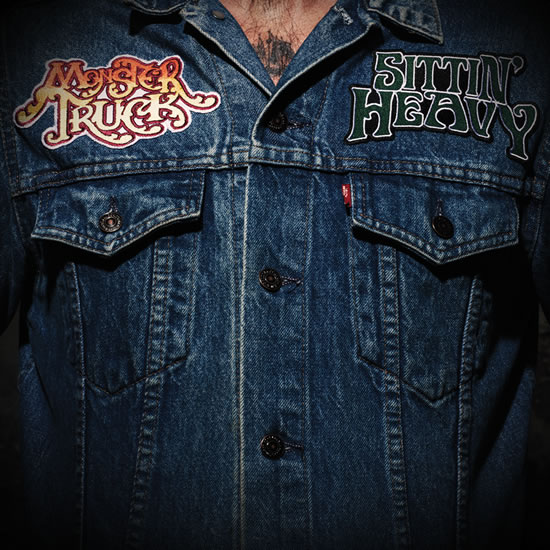 A few of the tracks have a retro feel as evidenced by the organ licks of Brandon Bliss, such as “She’s a Witch” where Harvey proclaims, “that girl’s got a demon in her soul.” The atmospheric opening to “Black Forest” conjures up images of Led Zeppelin’s “No Quarter;” at other times he could well be channeling the late great Jon Lord.

“Another Man’s Shoes” screeches out of the blocks with some epic feedback. It has an almost Badmotorfinger-esque quality to it. Harvey’s vocals are at times reminiscent of Chris Cornell. On the other hand, hard rocking numbers like “The Enforcer”, “Things Get Better” and the anthemic Southern rock smasher “For The People” are destined to be a staple fan favourites in the band’s live set.

“Enjoy The Time” brings the album to a close with a slightly slower, more soulful number and adds texture to the album, while at the same time giving a possible indication that the band may explore this direction further in future.

Sittin’ Heavy is packed full of crowd pleasing, groove heavy, crunchy guitar riffs, blistering solos, and infectious rock numbers. “Rock n’ roll might save your life, might save your life tonight,” proclaims Jon Harvey in the opening track of the album. No one can argue with that.