Maybe I should explain. First of all, we played the Agora, which is the famous site of Rushâ€™s first big breakthrough show in the U.S. So there was some really cool history here. As for Spinal Tap, if you donâ€™t know why I said that, youâ€™re just a bad person.

Letâ€™s not think about that. The tequila and ghosts, now thatâ€™s something we can talk about. Iâ€™ll get to it in my own time, so please, kindly take this moment to shut up and be patient.

The Agora is a really cool venue with a very 70s vibe. You can easily imagine all the great acts that have come through here over the years. Mostly because you can still smell them. Ha! Just kidding. But seriously though, you can. Not really though.

This was another cool place with loaders to help with our gear, a nice room for us downstairs to relax and warm up, have a beer, whatever. Itâ€™s really nice to get that little perk, and most of these shows have had it. You guys, this has really been an unbelievable experience. Thatâ€™s mostly what I hope you get out of these diaries. Weâ€™re having the time of our lives and enjoying every minute of it. We got to check out a couple more cool local bands and enjoy the evening until it was time to play. This was a great stage, and an enthusiastic crowd. If you are reading this and were in it, thank you!

One thing that made tonight special was the fact that the guys in Fates Warning took the time to watch our set tonight, which they really didnâ€™t have to do. Theyâ€™re usually prepping for their show while weâ€™re on, so it was appreciated by us. Itâ€™s a great feeling to have the headliner, a group of prog-metal legends, checking out your show. And yes, they liked what they saw. We got some great compliments from them afterwards, which of course made us all feel pretty damn good.

After their show, when we were all downstairs in the green rooms. We mentioned to the Fates guys that we had wine and various other goodies on our bus. They asked what the secret knock was, so I said “just punch the door once really hard.”

Fast forward about an hour, weâ€™re finishing up our meal on the bus, listening to some tunes, and what do we hear? A huge bang on the door. You guessed it, the guys all piled in and a few more bottles had to be cracked open. Itâ€™s kind of the law of the road. Or something. The rest of the night was full of awesome conversation, laughs, tequila, wine, and listening to Kingâ€™s X.

Eventually, Jim Matheos asked me if Iâ€™ve ever watched Ghost Hunters. Of course, I DVR that show all the time, so the next thing I know, various members of our two bands are being led around backstage at the Agora and shown all the ‘haunted’ areas. I guess the guys in Ghost Hunters have been here investigating. What an experience. So many creepy rooms, catwalks, etc. A nice buzz, joking around with some great guys and hearing ghost stories from the dudes who work at the Agora. No, we didnâ€™t see anything, but it was still a blast. 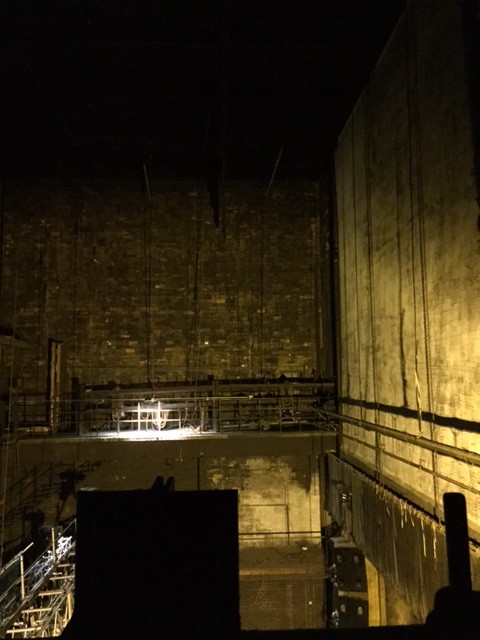 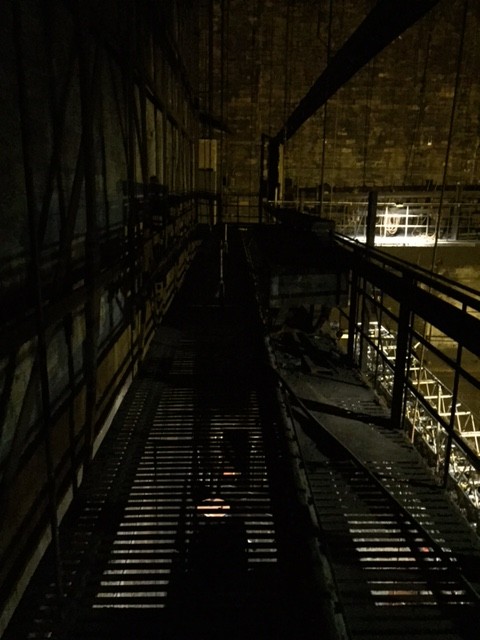 Seems like every day something happens that I think is probably the best thing from the tour. Not bad, right? What I can say though, is the friends you make while youâ€™re on the road is probably what it all boils down to for me. That, and the endless stream of adoring supermodels and people throwing money at you. But you know, that gets old after a while. Especially when the money is rolls of quarters. And those supermodels are just so shallow. All itâ€™s about is sex sex sex with them. BORING!

The road is a Bee-eye-itch my friend, but itâ€™s the only road I know. Etcetera, etcetera.

Next up is a day off, then Altoona PA. This one should be interesting…