When you laugh, the world laughs with you. But with the right breakdown, you can make the whole venue rage, so we present SycAmour.

Hopeless Records has a pretty nice stable of acts that it covers. SycAmour is maybe not the big dog on the block, but if you blink they may just get there sooner rather then later. They just recently played a show supporting their debut LP, Indulgence, and a special event to the band’s heart, Putnam’s Halloween 2015. We got a hold of Jeremy Gilmore of the band to pepper him with questions that made him laugh, ponder the secrets of his own mind, and talk about whiskey. All in all, we think that’s not a bad interview. Enjoy the show.

NRR: Thanks for taking some time out to answer some questions for National Rock Review. What’s been going on with the band, SycAmour, in 2015?
Jeremy Gilmore: Glad for the opportunity! 2015 for SycAmour has been largely about expansion and the growing curve. It’s effectively our first full year with Hopeless and our first into the LP debut, so there’s A TON of transition to make. Tour, create, tour, create, maintain your humanity, (laughing).
NRR: Coldcock Whiskey is helping you get out on the road starting in November I see. How’d that get put together and are you guys excited to by out on the road again?
Jeremy Gilmore: They must’ve heard about how we get crazy, (Laughing). Stoked to sip that! We’ve had a pleasant couple of months home while working on our annual hometown event; getting back out is always exciting. New adventure every time, especially in a scenario like this with no previous tour mates. It’s entirely about forming new relationships.
https://www.facebook.com/SycAmour/videos/10153232182398014/
NRR: For the sound of the band, how would you describe it to new listeners being self-described as sex, aggressive-alternative, rock music?
Jeremy Gilmore: If the genre phrases aren’t effective, they never are, (laughing), I think it’s valuable for people to know that we create with a full spectrum of human experience and emotion in mind. Our music is pretty consistently dynamic and expresses a lot of different things, whether your progressing through a single or an album. But I think we focus our view through the lenses of sensuality, darkness, and excess. It’s all about being VERY whatever we are being in that moment. Very sexy, very dark, very grandiose.
NRR: You just got done playing the Putnam’s Halloween show. How was the 2015 edition and are you guys anywhere close to being fully recovered from the party?
Jeremy Gilmore: My lower neck and shoulders still ache, (sore laugh). Putnam’s [Halloween] just gets better and better every year. I thank the world every time we get to come back and be a part of something magnificent that started as a raw-as-fuck house party. It’s the kind of thing that makes you believe in change, ya?
NRR: Exactly. How did the band come together and is there a story behind the moniker SycAmour?
Jeremy Gilmore: Mutual friends and common vision! SycAmour is about love and suffering being the primary threads that tie humanity together. When we are motivated, we invariably struggle for those goals. It’s the way everything works. It’s the only rationale that allows us to be [all inclusive] in our world views. You have to understand and respect the grind always.
NRR: I know you’ve as a band have already played with some big names, some true road warriors. Have you gotten any good advice from any of the bands you’ve played with or picked up some good habits from watching them?
Jeremy Gilmore: To be honest, I think the vast majority of advice or guidance that we’ve gained has been from professionals outside of the creative process. We’ve made some beautiful friends who make beautiful art; but I think part of being a creator, is being in your head with reality, more often than observing or talking about the mundane aspects of “functioning.” It’s usually just unadulterated “support” from other artists. “We see what you’re doing, we like what you’re doing, keep doing it!” I’m just as thankful for that as I am for the more pragmatic advice from managers and agents and such, (laughing).
NRR: You have a new video out if my memory isn’t too bad. Is it a different experience to make a video or is it just an extension of when you wrote the song in the first place?
Jeremy Gilmore: Our most recent video is primarily live footage, which is definitely incredibly different from the song creation, (laughing). Performing, though, be it live or on a set, versus writing, producing, and editing is if you ask me what the creative process is ultimately about. We make music to dance to, sing to, and to experience. Listening or observing is only the gateway to “immersing” yourself and really being into the sensations music and visuals make. I think what the food tastes like, and feels like in your body, (laughing) is the only reason we really cook, you know?
NRR: What has been one or two of the more difficult lessons you’ve had to learn since you started out to make your mark in music? 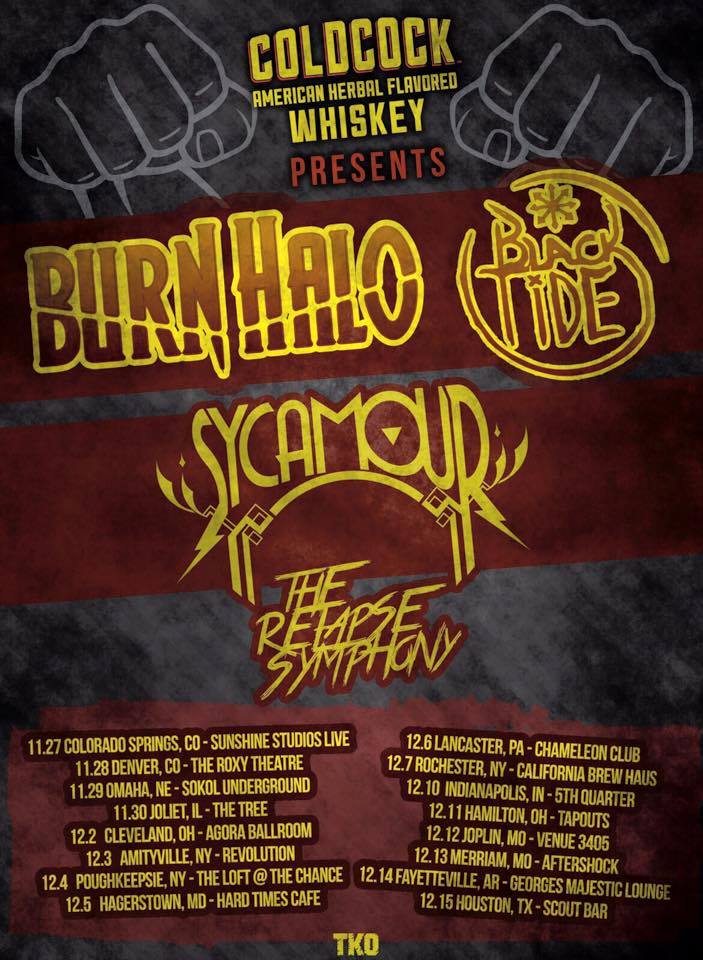 Jeremy Gilmore: I’m a very honest person. It’s hard for me to lie. I’m not good at manipulating things or people. I generally get things done instead with a methodology. I work through steps that I already understand as necessary. The hardest part about pursuing art is that it’s ALL about “the impression.” You can be methodical in your career and do all sorts of things right or in the right order but at the end of the day, the question is what impressions have you made? Who have you connected with? How? Even more so than, “What did you get done?” It can get distracting, trying to manage both the steps to your goals and the ways every ounce of effort can directly contribute to the way you are perceived.
NRR: Is there a moment, that thinking back on it now, in the your career that you can’t help but still feel a tad bit embarrassed about, makes you laugh about despite yourself, or just still makes you shake your head in disbelief? A Spinal Tap moment if you will, that you’d be willing to share with me?
Jeremy Gilmore: Hmm, I’m sort of difficult to embarrass, (laughing). But there’s music we haven’t ever released that makes me say: “Fuck, I had no idea what I was doing,” (hearty laughing). I think taste is cultivated, and it’s something that the vast, vast, vast majority of people have to work with to establish. Lack of taste is basically “youth” and it’s hilarious!
I shake my head in disbelief for all of the close-to-random opportunities we’ve found ourselves with. Connecting with the last question; all we ever had to do before was be kind and do good work for people. The benefits of a humble attitude and a commitment to results were the same “impressions” that become a lot more complex when dealing in “the industry.” The bar is higher; the expectations are more diverse, and the paths are much more narrow. Looking back: it’s nuts how easy the early stages are.
NRR: What has been the biggest stereotype you’ve had to deal with when dealing with venues, promoters, radio stations etc when you’re out on the road people not in the music world might not really think about?
Jeremy Gilmore: I think stereotyping stems from ignorance. Most of the people we work with out on the road are experienced and informed. Police really like to search a band’s van for no reason though. I imagine tattoos and band dudes stereotype to “Drugs in here for sure,” (laughing). But smart people don’t travel with that stuff. We are smart people.
NRR: How does the group go through the writing process, is it all one person with help or is it a group effort from start to finish?
Jeremy Gilmore: We try to be completely open to collaboration, ideas are always good. But it’s about establishing and communicating clearly “the song.” The notes exist, the rhythms exist, the riffs exist, etc. Someone usually needs to be able to establish an idea for the composition, though; then it’s easy for people to add things and take things out.
We write together with our normal instruments, we track roughly, we demo after that, then we prepro, then we track for real, and sometimes we come back to something and continue polishing and tweaking; sometimes we really want a third ear, after our producer, to grasp what we may not be grasping about how the song can be greater.
NRR: Is Indulgence the latest album for you guys? What can you tell me about it that would be important for your fans to know when they get their copy? What makes it special for you if you will?
Jeremy Gilmore: Indulgence is our latest and first album! We spent more time on it than most bands do, it’s totally eclectic, something for everyone. It usually converts people to an openness for aggressive music. It’s a concept record. Everything we ever do is conceptual. It’s an introduction into our story mythos and our recurring themes. We’re very sincere about the visuals complimenting it. They’re from scratch and authentic representations.
NRR: How is the experience with Hopeless Records? Is it still better to have a label behind you even in this day of DIY?
Jeremy Gilmore: Hopeless is a very genuine label. For them it’s about facilitating. We are still the creators, creating is still on our back. They make sure that we can when we seek to. With a label of that philosophy, I totally think it’s better to have one. The necessity though is being cohesive and cooperative. Your team get’s bigger, you have to work with the whole team to get what you want.
NRR: Since you might have my adult beverage maker question answered already with the November tour coming, what would be the most embarrassing music that might be played on the bus/van going from one show to another and be getting rocked out to without shame?
Jeremy Gilmore: Tony loves Taylor Swift, (laughing), but she’s so huge it’s hardly embarrassing anymore. More embarrassing to be a detractor! But to be honest, Panic! at the Disco and The Neighborhood are dropping new albums this month and I will be damned if we’re not jamming those brilliant artists. 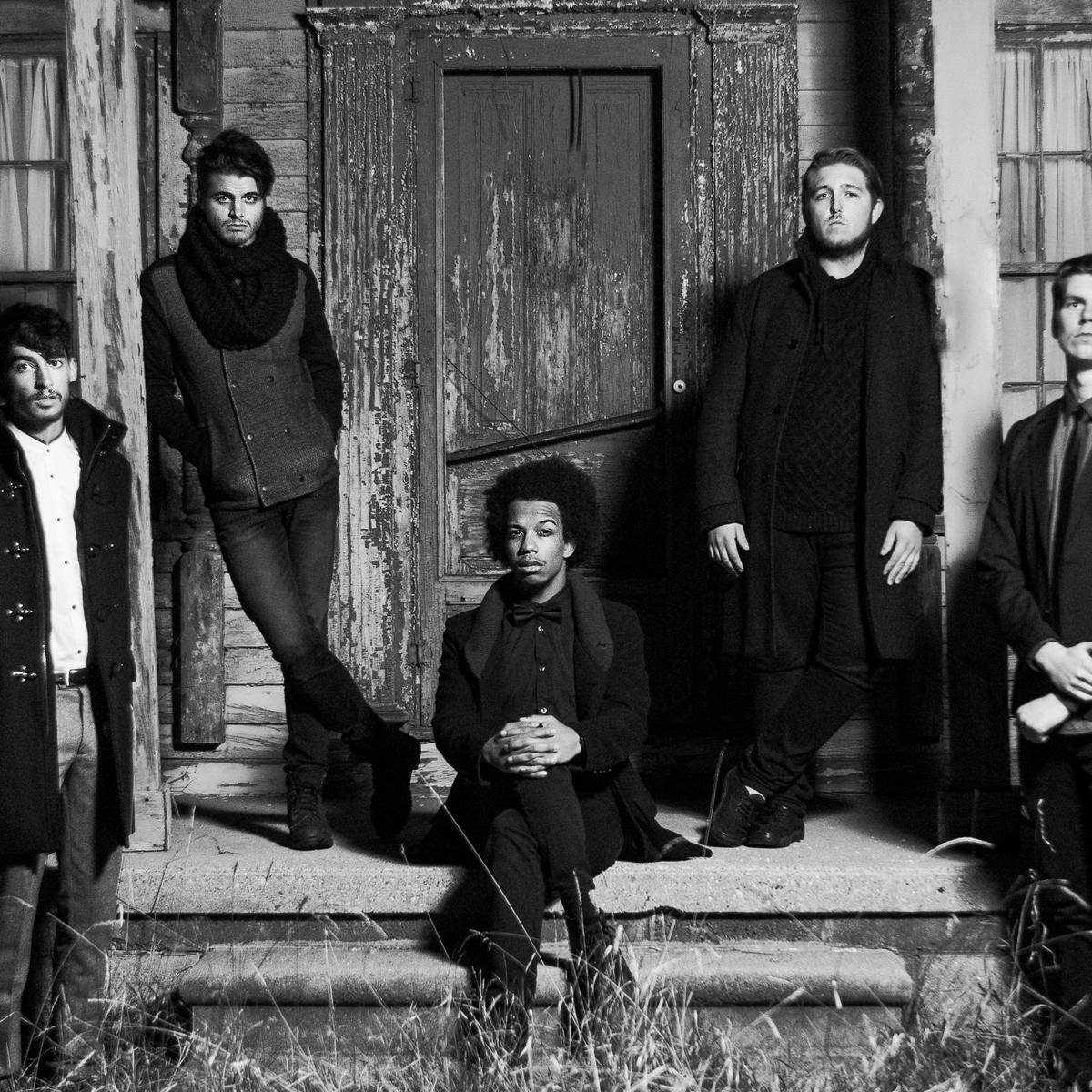 “You can add at the end of the interview that I really do hate Gmail!” ~ Jeremy Gilmore