We all could use a hand at some point. Rockers, Screaming At Demons, do this in the most rockstar way possible. Here come the feels.

Shimon Moore (formerly of Sick Puppies), Russell Ali, and Chris Clemence (Rap Scallions founder) have come together to have fun in a big anthem sound way in a new band, Screaming At Demons, and to help a photographer friend, Nigel Skeet, with a project that helps restore homeless people in the community to dignity and life with the Homeless Rock Stars project. To talk about that, the new material coming, being naked in the booth, and beer that comes in that famous green bottle, Shim and Chris sat down with National Rock Review and spilled the dirt on all of the above. Enjoy the ride and let us know what you think about it in the comments below.

NRR: Thanks for taking a few minutes to talk to National Rock Review. You guys have been busy in one form or the other almost non-stop lately. What have been some of the highlights of the past year for you both?
Chris Clemence: This year has been a whirlwind. And in some ways it also feels like everything is just getting started. I was on tour in Asia earlier this year which was a lot of fun. When I got back I met Shim at a house party and we started hanging and jamming. After writing a few songs we just knew we had this awesome chemistry and Shim asked me to join the band. Of course I said “Hell no”… (laughing). It’s so exciting to work with him and Russell and also be a part of the Homeless Rockstars movement. It feels great knowing our music is directly changing lives for the better and helping spread the word about this great cause.
NRR: You are starting to gear up for Screaming At Demons. Tell me about this group. How’d did the idea to form a new band come about and how is the rumored first release going?
Shimon Moore: The first release is going great. Everything is currently falling into place. In terms of gearing up, we are focusing on the release of “Rockstar”. The next two songs are being finished now and we will be working on their release next.
NRR: If you would, tell me about Homeless Rock Stars. How did you get involved with it and was there any personal connection for either of you and the idea behind taking photos of the homeless?
Shimon Moore: Homeless Rock Stars is a movement that was started by my old friend, Nigel Skeet. He has developed a program that gives the homeless hair, make up, and a photo shoot that makes them feel like a “ROCKSTAR”. After they have gone through this simple process their confidence is restored. They are connected with members of the community who then give them a Rockstar “interview” which is specifically designed to extract they’re humanity and they’re aspirations. The final piece of the puzzle has a way of taking care of itself. After this process is complete, members of the community are helping the homeless onto the next phase of they’re life and welcoming them back into society. It’s beautiful to watch, and you will see it in the “ROCKSTAR” video. The song and video came about because Nigel called and asked for a theme song.

NRR: Awesome! This one is more for Shim. You’re being given credit for directing the upcoming video for Screaming At Demons. You also are known for a small video, barely watched, with a former band. Do you like being behind the camera because of the different challenges you encounter versus being in front of it?
Shimon Moore: I’ve always loved directing. I started doing it around the same time I started writing music. I find it very satisfying to be able to create something that transports people into another world the way film does. It has the most attention to detail and can create the greatest impinging of emotions.
NRR: What is the sonic vibe of the band or said another way, what would a fan be able to expect from watching the show live, up close, and personal?
Chris Clemence: Loud. That’s the best way to put it, (laughing). We are a hard hitting rock band with big choruses and I think everyone is going to really dig the new material. It’s been hard to not bump it in the car sitting at red lights without head banging like a fool. As far as a show, we are going to be putting on a very energetic rock n’ roll experience. You’ll just have to come to a show to see.
NRR: Well played, Mr. Clemence, (laughing) Chris, how is this project different for you then say playing bass in Rap Scallions?
Chris Clemence: It’s a totally different style of music and playing, but I love it! Rap Scallions is very much about the funk and is very bass driven music. With Screaming At Demons I play more for the song and use to bass to really help the vocals and guitars soar. We have a really big stadium anthem sound that I think everyone is going to really enjoy.
NRR: Are there plans ready to go for going out on the road in support of the first Screaming At Demons record? And if so, is there a band(s) that you’d love to take out with you?
Chris Clemence: Right now the main focus is on the Oct 6, 2015 release and pushing “Rockstar”. We will definitely be touring in 2016 though. I think we all have our dream bands that we’d love to tour with but it’ll just be about the timing and schedules lining up. For me, I’d love to do a show with the Foo Fighters.
NRR: When I ask what has been the hardest lesson to learn being musical artists, what comes to mind for you first?
Shimon Moore: The hardest part professionally has been maintaining balance. It can create a very unbalanced lifestyle and you also have to balance your perspective. To pay attention to your business as well as you art, and be careful who you take advise from. 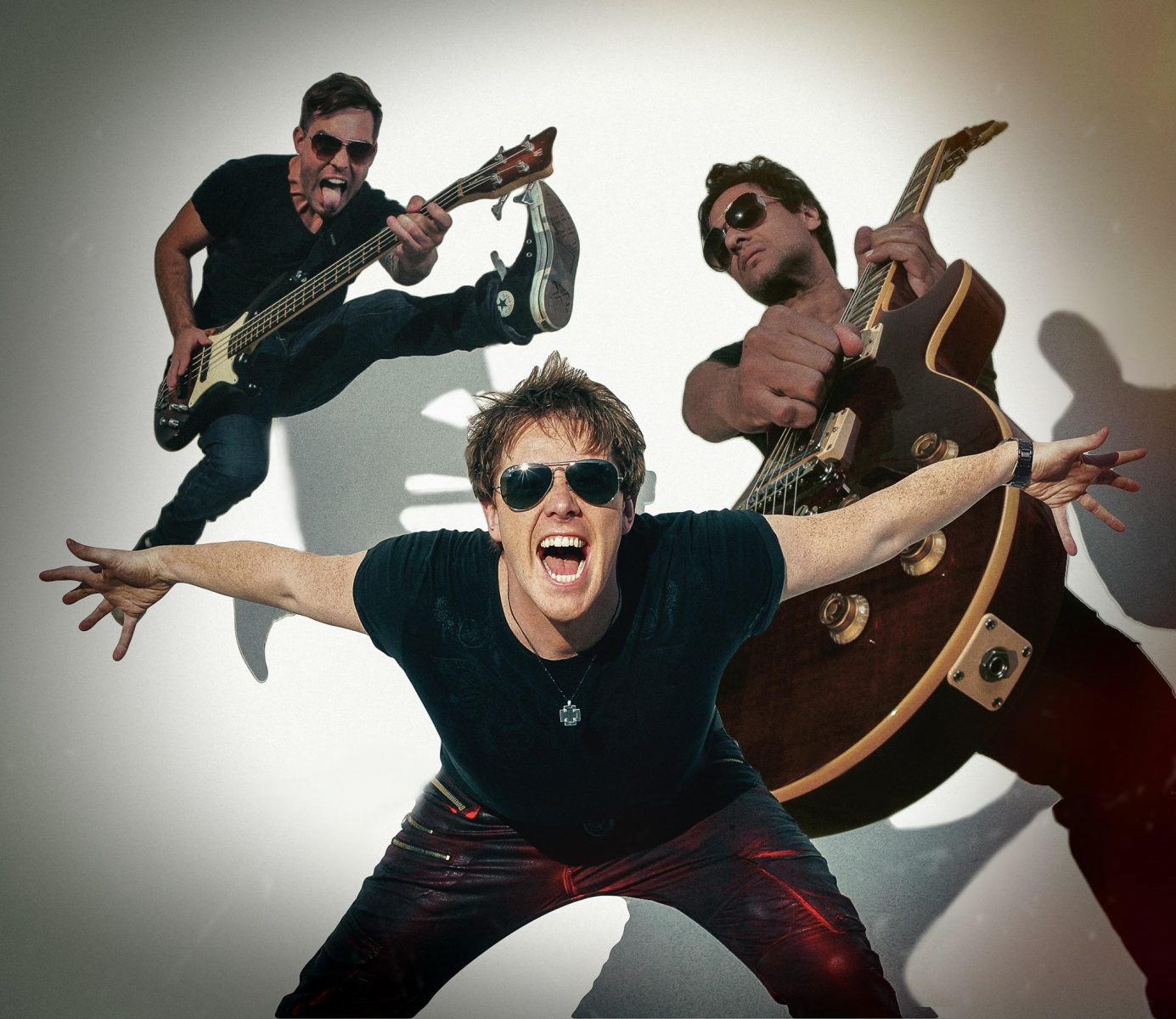 NRR: That is echoed by quite a few artists I’ve talked to lately. Is there a moment that even now, when it gets brought up, you can’t help but laugh about it unabashed? A Spinal Tap moment if you will that you’d be willing to share with us?
Shimon Moore: When I was making my second album, Tripolar, I cut all the vocals naked in the booth. I don’t know why I thought that would create a better performance but looking back… I think I can get to the same performance with my clothes on now.
NRR: Thank you for engaging the female audience for that answer, we appreciate it. Is there a time when being on stage for either of you has been the “job” and stopped being the thrill of playing?
Chris Clemence: We have the best “job” on the planet. We are so lucky and beyond grateful to get to do what we do around the world. Sure, everyone has their days when you’re not feeling your best, but no matter what we still give it our all and leave everything on the stage. The fans give us so much love and support and we owe them a kick ass show every time.
NRR: Since you guys are friends with Nigel Skeet, I’m curious about how you see concert photography at shows from the stand point of being the target of serious opticial firepower at any show you play?
Shimon Moore: Nigel has taken the best pictures of my career because he is willing to get in the pit at a show or in the gutter downtown to get the shot.
NRR: Not saying anyone is less pure then new blown snow around the Great Lakes, but if you had an adult beverage maker willing to throw money and free product at you to make a tour a little better, who or what comes to mind at the top of the list to make it a sweet deal for you?
Chris Clemence: I would say Jagermeister, but I have a scar from them due to an attempted “Golden God moment” at a party. Mainly I like beer and whiskey, really been into Bullet these days. As far as an endorsement goes, it would have to be something the band all drinks and loves. We only work with brands that we use and have a love for their products. What’s up Heineken?!
Shimon Moore: I think we can all agree on Scotch, (evil smiley face).