Scott Stapp is hitting the road to promote his sophomore album Proof of Life. Also embarking on life with a clearer outlook and delivering shows to fans theyâ€™ll never forget.

A man with passion and a man with realization, but most important a man with a message. Scott Stapp released Proof of life in the fall of last year. Hitting the billboard charts at #37, the record gained positive reviews from his fans. Also, kicking off a tour this summer to promote his solo sophomore album. The first single Slow Suicide is currently #8 on the Christian Rock Charts. Only One reached #18 on the Christian Hot AC/CHR.

The album Proof of Life was generated as the musical format of his 2012 uncensored memoir Sinnerâ€™s Creed. “Being able to continue where I started with [Sinnerâ€™s Creed] and to write a record that reflected the clarity and perspective I gained while writing my book,” he said. The record itself holds the explanation of struggle and listeners hear it in his album, “I wanted to make sure that my creativity and ideas were stated for this record,” he said.

Proof of Life is a personal record for Scott presenting itself is with depth. The album opens up with Slow Suicide,Â a gritty heart-pounding track with the first verses stating, “I’m not evil, no matter what you think of me, I’m just human.” Scott is facing the music and has poured his past into the record.

Having toured through Europe and a bit of a U.S. run, Scott is itching to get back on the road. “I canâ€™t wait to meet fans and build a relationship with them, thatâ€™s the thing about small venues is that I can really connect with the audience,” he said. He really strives to give his best during performances.Â “Iâ€™m in the moment, and I want to give fans an unforgettable show,”Â he said.

Scott Stapp has really seen the ups and downs, and trials and tribulations of both the music industry and life. Scott is humble these days finding his place as a father and husband, “theyâ€™re my best accomplishments,” he said. Scott is now sober, making peace, and seeing the awesome things life has to offer. Itâ€™s clichÃ© to say that heâ€™s making a comeback, when in reality heâ€™s starting a new journey in his life, with purpose.

Proof of Life available at Amazon: 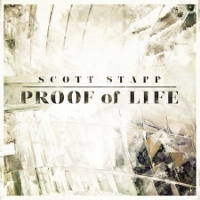