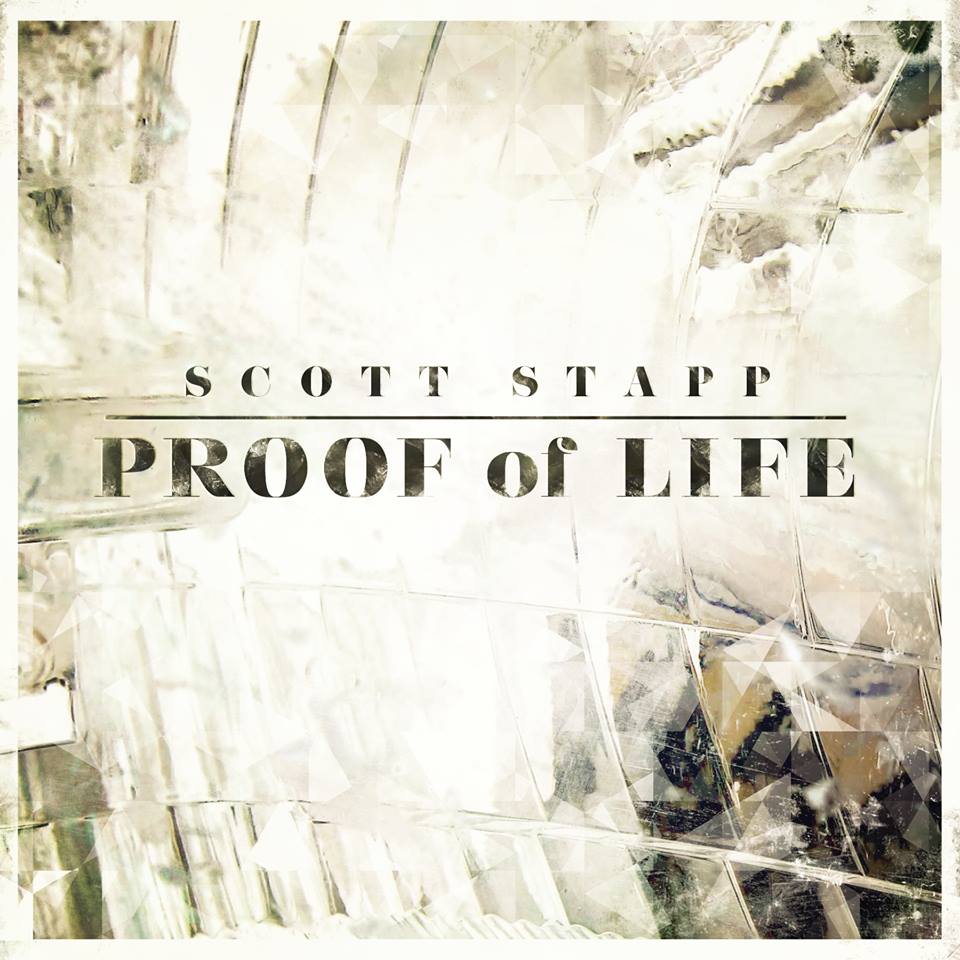 This is the solo album Scott Stapp was meant to record! Proof of Life is a rock album to make any Creed fan happy. His lead vocals have become a distinguishing factor of Creedâ€™s music and Stapp does not disappoint on this album. Stapp has crafted a predominately hard rock album that has elements of alternative rock and modern middle-of-the-road (MOR) pop-rock. He tells us a story with lyrics documenting his journey through fame, addiction, depression, his attempted suicide, and the rediscovery of his faith.

Slow Suicide was released as the first single. This is an honest place for him to start, directly tackling his darker days of struggling with depression, alcohol, and drug addiction. It is supported by an aggressive guitar riff and Stappâ€™s instantly recognizable voice. This powerful â€˜take chargeâ€™ first track on the CD lays down a solid foundation for Stapp to start his story.

Who I Am is an adrenaline fueled â€˜rockerâ€™ where Stapp details his bouts with self-destruction over a barrage of battering-ram guitars. Stapp tells us that when fame came, he â€œtripped out on ego.â€ On this track, Stapp wanted to, â€œexpose ego for what it is; give ego a voice; let ego unleash itâ€™s rage and express itâ€™s need to possess his soul.â€

Proof of Life ponders the question, â€œAre you playing the victim when you know that you volunteered?â€ â€˜Victimhoodâ€™ did him in for years. â€œYou couldnâ€™t tell me that I was responsible for the choices Iâ€™d made. Yet until I owned up to that responsibility, I couldnâ€™t accept my story. My day-to-day recovery is anchored in the acceptance of my past as the necessary link to my present and future.â€

New Day Coming takes charge of his life. It meshes together Stappâ€™s â€œhead in my handsâ€ pain of his past with him finding self-empowerment. â€œIâ€™ll get back up, for good this time. I Ainâ€™t coming down. Iâ€™ll get back up, because my whole life I was lost but now Iâ€™m found. Itâ€™s the dawn of a new day.â€

Only One touches the spiritual side. This is where the MOR sound kicks in giving the song a Matchbox 20 feel. Stapp was at such a low point in his life that a change was needed. â€œEven when you feel so low like you might let go, I will be the first hand reaching out. I will be the last one giving up on you. Even when you feel your breath fading from your lungs, I will be the first, last, first, last and only one.â€ Even though the ‘I’ is left vague, there are enough context clues pointing to the ‘first’ and ‘last’ hand belonging to the One that is truly First and Last.

Hit Me More starts out with a slight rockabilly flare to it along the lines of something Volbeat would have recorded. This is my favorite track on the album. It shows Stapp not only branching out musically, but vocally and gives the listener a better perspective of what Stapp has to offer. This is a very personal song for Stapp. He revisits a horrific time in his life when he attempted to commit suicide by jumping ten stories off a hotel ledge in Miami Beach. In his memoir, Sinnerâ€™s Creed, Stapp tells us that in 2006 he jumped off the 16th floor of the Delano Hotel. Stapp states he feels he was spared by God and that he feels an obligation to share his story in hopes to help others that are suffering. He says he cannot think of any other reason except to give back and walk others out of the darkness so they donâ€™t have to experience those lows as he did.

Jesus Was A Rockstar starts out with a drumbeat similar to Led Zeppelinâ€™s When The Levee Breaks. Ironically, Stapp tells us who the real rockstar is. Not him, but Him! Stapp reached super-stardom, with Creed, and has been glorified by millions. In this song, Stapp lays the case that Jesus is the one whom we should be glorifying, not him.

What Would Love Do is a wonderful song about stepping back and asking what â€œwould love do?â€ Stapp personifies ‘love’ as an entity in his lyrics by referring love to â€œitâ€. â€œWhat would love do, If it were here in this room, Standing between me and you. What would love do? It would look in my face and stop me from hurting you. Thatâ€™s what love would do.â€ Because of Stappâ€™s spiritual side, one might take ‘it’ for ‘Him’ and look at it as a reference for God. Either way, this is an endearing song I can easily see getting major radio play if it were to be released as a single.

Crash comes from another near-death experience. Stapp tells us that he came off the Creed tour in 2002 and wanted to â€œkeep the machine going.â€ He did not want to let everybody down and decided to take â€œwhatever drugs the rock docs wanted to give himâ€ to keep him going. He further tells us that he did not understand the consequences of the medications that he was taking and what they were doing to his psyche. His body failed him onstage in Chicago. To the public, he looked like an arrogant, drunk rock star who was acting like an idiot. After going through 45 straight days of withdrawal, Stapp says the thought of ending his life became a harsh reality.

Dying To Live ends the album on a positive note with him approaching his life with a new and fresh perspective. Stapp finds himself, â€œdying to breathe in every moment, dying to make up for lost time, dying to let go and finally feel what real love is, dying to start this whole thing over, dying to see with brand new eyes, dying to love myself enough just to forgive, dying to live.â€

In summary, Scott Stapp returns without the ‘Creed’ banner. His singing style is one of the albumâ€™s consistent features. His voice is as solid as it ever has been. The albumâ€™s theme is a journey to Stappâ€™s recovery and confronting that period in his life. He takes what became a mess and turns it into a message. Stapp tells us he feels like, â€œthe album proves that the last 10 years mattered and that all of the struggle mattered and I didnâ€™t waste all that time. Itâ€™s a story and a journey and an education and proof that there was life in that period and that is also going to affect the rest of my life in such a profound way as to never allow me to go back to that place in which these revelations were born. Thatâ€™s dynamic change, and, for me, unprecedented growth.â€

Stapp says some of the players on the album, including Kenny Aronoff, Josh Freese, Phil X, and Ken Pierce, will be part of his band when he starts his tour in March. This tour will bring him to the Machine Shop, in Flint, Michigan, on 29-March-2014. Stapp has added Like A Storm as direct support for this tour. Like A Storm opened up for Creed on their 2009 reunion tour as well as Creedâ€™s 2012 Full Circle tour. Local heavy-weights, Frequency 54, have been added as local support. Tickets are $25 in advance, and can be purchased at the Machine Shop during business hours, at Paradise Express (3600 S. Dort Highway, Flint_MI in the Dort Mall across from the Machine Shop), High Octane Apparel (3502 Thompson Rd, Fenton_MI), or through www.etix.com.