Lita Ford and Joan Jett with the Runaways are the forerunners to the band we’re about to hear from. So, get your glitter punk on!

Sydney Dolezal (vocals), Alex Snowden (guitar), Nicole Rich (bass), and Meghan Herring (drummer) are making a lot of buzz and a fair amount of mess with their glitter punk style of self made music. Doll Skin is the next big band that still can’t stay in the bar they just played yet.

The girls talked to National Rock Review about their producer and mentor, David Ellefson, about their reissued enchanced Ep, In Your Face (Again), and about why toll road booths in Texas aren’t to be trusted. So, get your boots on, grab something black and studded to wear, and hold on. You’ll regain faith in the next wave of chick rockers.

And like always, head over to Facebook and oy! your way to hitting ‘Like’ or get sedated as you hit 144 characters to us on Twitter. We’d like to hear what’s on your mind about the band, the interview, or the tour coming up.

NRR: Thanks for taking some time out to answer some questions for National Rock Review. What’s been going on with the band, Doll Skin, so far in early 2016 besides showing me love on social media posts, (laughing)? 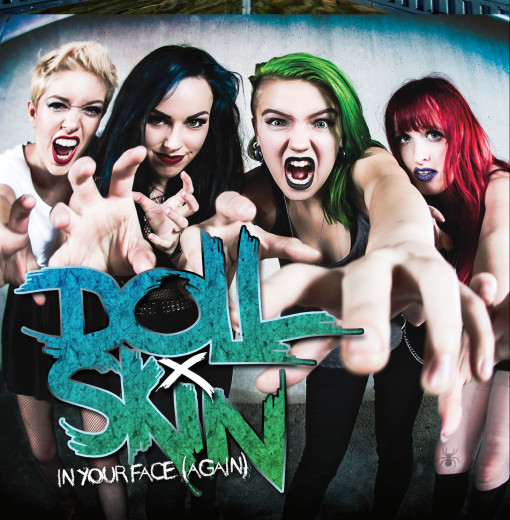 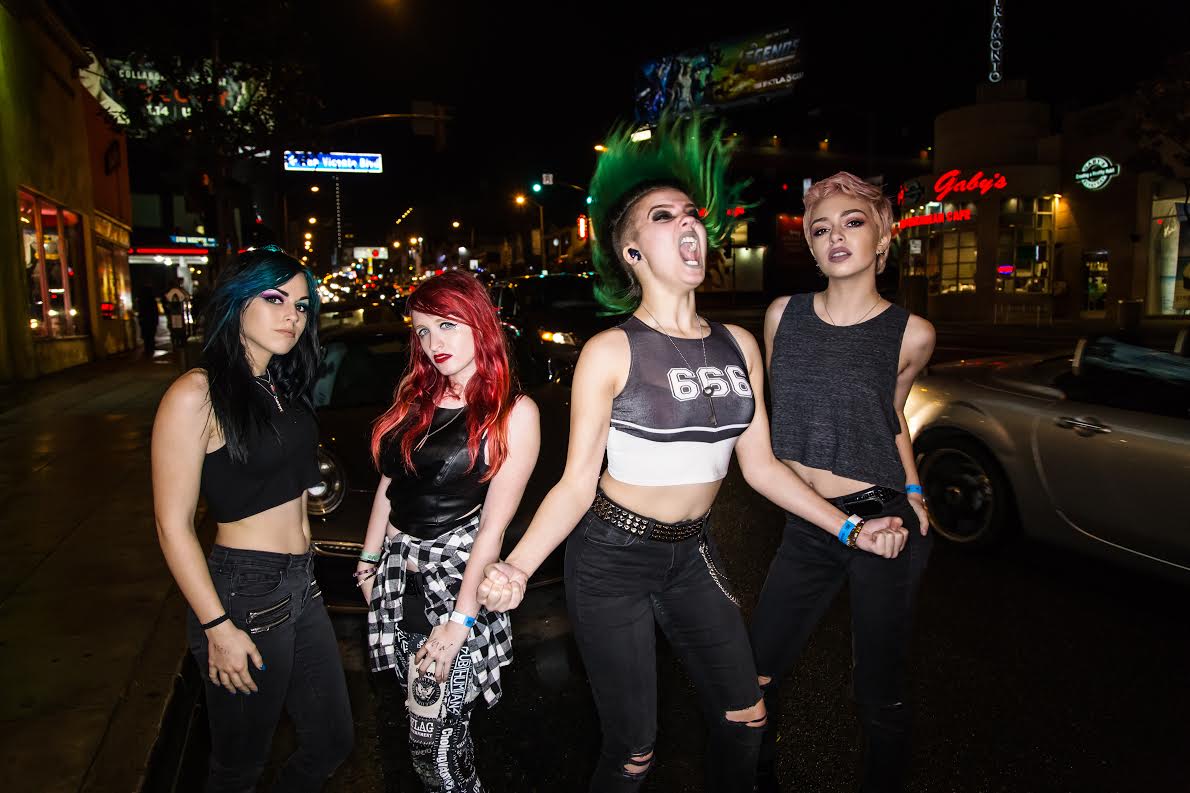