Howie D. from Hard Edge Radio and National Rock Review recently got a chance to catch up with Nathan Hunt from Shaman’s Harvest. They talked about their continued success and finally being a part of the mainstream of bands, working on songs for the WWE, battling throat cancer, touring with AC/DC, plans for the rest of the year and more.

Shaman’s Harvest have continued to steadily grow their fan base since the release of their first national single, Dragonfly, back in 2009. Their latest release, Smokin’ Hearts & Broken Guns, has been doing well since it came out last September. The band is currently on the road with Theory Of A Deadman and will be touring off and on for the rest of the year. Shaman’s Harvest brings a fresh, unique sound at a time when so many bands are sounding quite similar. If you haven’t done so yet, be sure to check these guys out. You will not be disappointed.

The interview with Nathan Hunt from Shaman’s Harvest: 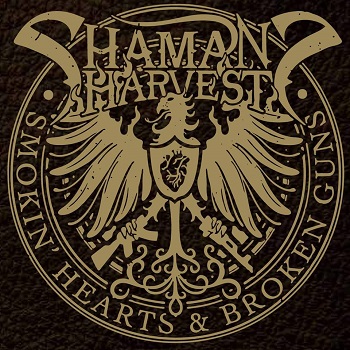