Los Angeles, CA – Pittsburgh hardcore/metal outfit 156/Silence has released a vicious new track called “Fake It” at PunkNews.org. The song is featured on the band’s forthcoming record, Undercover Scumbag, which will be released on September 14th via Innerstrength Records. 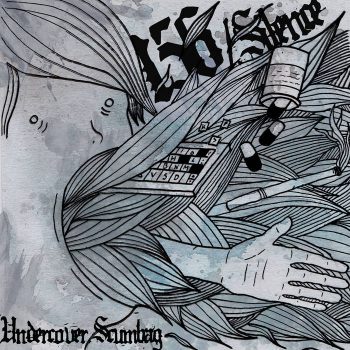 ““Fake It” is probably one of the weirdest songs we’ve ever written. Earlier versions of the track were originally a lot tamer in terms of guitar effects but after a while, we decided to not hold back and to make it as crazy as we could within reason. With bands like Daughters being a big influence for us, we tried our best to incorporate the noise and chaos associated with bands like that while still retaining our sound.” – Jimmy Howell

156/Silence was formed in 2015 by members of various local Pittsburgh bands. What began as a softer brand of post-hardcore has evolved into a hardcore influenced metalcore band. Following the release of a few EPs, 156/Silence is cranking things up with their upcoming album. Undercover Scumbag represents the culmination of everything that is 156/Silence and their heaviest, weirdest and most dynamic album to date.