No virgins were harmed in the making of this interview. However, we did make Maz hungry for tacos, so score us the win, mi amigo.

Andrew Vanderzalm (vocals), Kim Choo (guitar), Rob Davies (bass), Marinos Katsanevas (guitar), and Andrew ‘Stix’ Cotterell (drums) make up the next “Thunder From Down Under”, or Feed Her To The Sharks to be more precise. It was recently announced that the band is coming back to the States, after last year’s impressive Rockstar Mayhem Festival run, for only the second time. And they will be still touring in support of their first Victory Records release, Fortitude. That is one long flight from Melbourne, Australia no matter how you look at it.

We got a chance to talk to Maz about the band’s prospects on new music, being a signed band, and how do the Aussies feel about the Axl something or other guy fronting a national treasure. And no, no one pulled out their knives to see who’s was bigger. Ladies, you’ll have to find that out on your own. But it is strange he didn’t offer us a Foster’s in a clever way. Oh, well. Head south to our Facebook page and boomerang us a ‘Like’ or do the cool whistle thing on a string and give us your best 144 on our Twitter page.

NRR: Thank you for taking some time out of your busy schedule to answer some questions for National Rock Review. What’s been going on with Feed Her To The Sharks, so far in the early Spring, check local listings, of 2016?
Martinos â€˜Mazâ€™ Katsanevas: Hey, no worries! Basically most of 2016 will consist of some international touring, a couple of Australian shows and us writing the next record. We hit the US mid May, Europe in August, and planing Australia around October/November. We want to hit the studio early 2017 so a lot of our ‘free time’ will be spent writing.
NRR: Let’s jump right into some of those things. So, the big news is you’re headed back to the States for the second time. What can you tell me about the tour?
Martinos â€˜Mazâ€™ Katsanevas: Unlike last time, where we were there just for the one festival (Mayhem 2015) this time we are getting to do a bunch more club shows and although it’s one big USA tour for us, it’s basically a bunch of tours we go on back to back. We’re starting with Battlecross then jump over to a tour with Here Comes The Kraken scattered with a bunch of our own headline shows plus more that is yet to be announced. 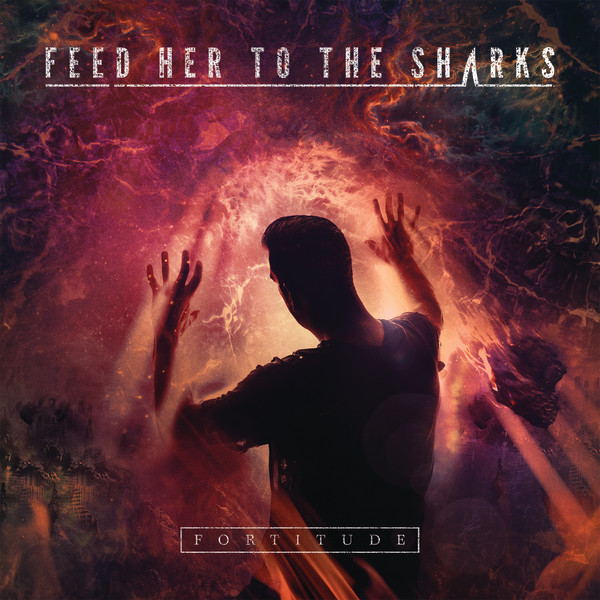 NRR: Fortitude came out in 2015 and was your first label backed studio album. Looking back with a bit of time gone by, was going with Victory Records the right choice over going D.I.Y. again?
Martinos â€˜Mazâ€™ Katsanevas: I think there’s only so far you can go without any sort of label backing, unless you’re really lucky. Looking back we feel we definitely made the right choice by signing. They just exposed the band to a whole new market that would’ve been extremely hard to crack on our own. Victory have been nothing but helpful and very supportive of what we want to do with the music and it takes some pressure off our shoulders when they look after distribution, publishing, promotion etc. They’ve been doing it longer than us so they know what’s up!
NRR: I was lucky enough to cover you guys on your Mayhem run last year in Noblesville, IN. What was that tour experience like for your first time in the US?
Martinos â€˜Mazâ€™ Katsanevas: Incredible. That’s really the only word for it. I mean, it was tough – we were in a country we’ve never been to, in a van chasing buses every night but for a first US tour, we couldn’t really ask for anything more. I think it was the most amount of exposure we could’ve received in one tour. People were guaranteed to be there, and even if they hadn’t heard of us, we were on while no other bands were so I think we attracted a lot of people which turned into new fans.
NRR: Prince passed unexpectedly recently and when they opened his vault, found a huge stockpile of material just sitting there. Do you guys write constantly and if so what do you do with them before they are used for a new album?
Martinos â€˜Mazâ€™ Katsanevas: Anytime we have an idea we try to get it down for the off chance it will turn into a song. I think if someone hacked into our Dropbox they’d find some pretty cool stuff in there. Full tracks that were never used, many early incarnations of riffs used on various records. We recently made our recording gear quite portable so we’re looking forward to taking that on tour and getting some stuff down while we’re on the road. Because we like to write as a group, most of the parts we get down on our own are picked apart and turned into the songs you hear today.
NRR: I have to ask, only somewhat joking, since you guys are from Melbourne, AU, does the possibility of Axl taking over AC/DC vocal duties constitute a national emergency?
Martinos â€˜Mazâ€™ Katsanevas: I’ll be honest, when I heard the news I was shocked, but when you really think about it, he sounds more like Bon Scott than Brain does so I think he will nail it! As long as his ego doesn’t get in the way, I think the band will sound great. GnR use to covered “Riff Raff” live back in the early 90s and it sounded great. So I’m pumped!
NRR: Touching back on the album for a second, are you touring in support of it when you hit the shores later this month or will you have a few new surprises for fans?
Martinos â€˜Mazâ€™ Katsanevas: We’re pulling out some older songs we haven’t played for a while, also a couple off of Fortitude we haven’t played live yet but I think there’s still a bit of work to go on the new ones before we unleash them!
NRR: How does the writing process go down for you guys as a band? Complete jam session or a fairly laid out progression between everyone?
Martinos â€˜Mazâ€™ Katsanevas: 99% of the time, we meet up at someones house, get the laptop out and start putting ideas down. It’s very much a group effort so sometimes we can be there for hours and not decide on anything that sounds good, other time’s we can smash out a song in an hour when everyone is vibing on the same thing. We’ve tried writing altogether at a jam, but it’s sometimes hard to work on certain bits in depth while everyone is trying to play at the same time. A lot of our ideas come from a vocal melody or synth idea so having that on the computer and building on it really works for us.

NRR: I’ve seen the born on date for the band to either be 2008 or 2010, so either way is there a moment, that thinking back on it now, in the band’s career, that you can’t help but still feel a tad bit embarrassed about, makes you laugh about despite yourself, or just still makes you shake your head in disbelief when brought up? A Spinal Tap moment if you will, that you’d be willing to share with me?
Martinos â€˜Mazâ€™ Katsanevas: If you ever get to see the bands first film clip… well, hopefully you’ll never see it.
NRR: With festival season right around the corner, are there plans to hit the road for some of the bigger shows while you’re here or is that still in the air at this moment?
Martinos â€˜Mazâ€™ Katsanevas: We are going to be in the States until well into July, so there’s still a lot more to come. Can’t say too much right now, but we will be trying to see as many places as we can on the map. We won’t be upset if we don’t play any festivals this time round seeing as the last tour was only festival shows. I’m actually really looking forward to some club shows. They can be a bit more crazy and intimate which I really love.
NRR: Were there any stereotypes that lived up to the hype while you were here last or any that you were disappointed over that didn’t, (laughing)?
Martinos â€˜Mazâ€™ Katsanevas: Americans really don’t know much about Australia. And Australians know that. So it was funny telling everyone one we ride Kangaroos to school and there’s giant bird eating spiders everywhere. The food portions really lived up the the hype. $10 will get you enough food to feed a family, a very unhealthy family, but a family none the less!
NRR: I’ll hand over the shark skin grip wrapped National Rock Review microphone, don’t mind the faint smell of tequila on it, is there anything you’d like to plug or mention before before we head out to Taco Tuesday in the National Rock Review cafeteria?
Martinos â€˜Mazâ€™ Katsanevas: Oh man! Tacos! America kills Australia in Mexican food. Damn you’re making me hungry! I guess the only thing I really want to plug is come to the shows and hang out. We love meeting people and having a few beers and a chat. Can’t wait to do that! See you soon!
Feed Her To The Sharks
Website | Facebook | Twitter