Often a band has that one moment that makes all the sweat and energy worth it. For Vicariant, it goes from Nonpoint to Dirt Fest.

Michael Roberts (drums), Zak Held (guitar), Noah Fox (vocals), Matt Gilson (guitar), Jake Morrison (bass) hail from Flint as the band otherwise known as Vicariant. Started in 2012, they have already gotten a following by playing at venues like The Machine Shop and with national acts like Nonpoint. Come now, as we sit down with Noah and try not to laugh too much as the dirty details get talked about.

NRR: You guys are from the Flint, MI area and been pretty driven to succeed. What’s been going on with the band in the last year?
Noah Foxk: We’ve spent a lot of time trying to get the word out this past year, by releasing some tracks that we had recorded with Matt Dalton at Metro 37 Studios and a video that was shot by Icarus Imaging. We have also become much more business oriented and organized than we were, by pretty much becoming sponges; watching, reading and learning more about how to take each next step..
NRR: Hopefully you guys have a great time on stage this year. Are you looking forward to anything in particular at Dirt Fest 2015?
Noah Foxk: One thing we always have to look forward to at Dirt Fest is seeing some of our favorite bands!!! We started going to Dirt Fest as fans, first and foremost and actually formed part of our original line-up as a result. Now it’s become almost surreal to think that we are one of the bands that fans are coming to see!

“Hourglass” (Live Music Video) – Vicariant
NRR: Will we hear any new material at Dirt Fest this year, say from a new album?
Noah Foxk: (Laughing), well, we are actually planning to record our debut album this winter, but we are always writing and have a few surprises up our sleeves for sure!
NRR: What kind of rush did you guys have playing with Nonpoint? Will it be able to compare with Dirt Fest, you think?
Noah Foxk: Ohh man, the Nonpoint show was a HUUUGE rush and a really emotional show for us. I mean, that was our first sold out show, with a band we’ve all been a fan of for years, at THE venue we couldn’t wait to be old enough to get in, as kids!!! The Machine Shop is very near and dear to us, but Dirt Fest really was what completed Vicariant in a sense and it’s completely unreal that we get to play both this year!!!
NRR: You guys are playing quite a few festivals in the coming days leading up to Dirt Fest. Does each festival you’ve played, and will play, have it’s own feel or personality?
Noah Foxk: DEFINITELY! There is a completely different vibe and personality so-to-speak, at each festival we have played so far and I can only imagine that we will continue to see that, in festivals we are new to. Carnival of Chaos is almost like an EDM/metal Woodstock and Dirt Fest is like a rock/metal anniversary or family reunion where we get to see some of the biggest names there are. Dirt Fest this year is very special, being two-days and bringing in bands like Coal Chamber, Fear Factory, Hellyeah and Down, who’s members have been some of our greatest influences!
NRR: What can we expect from Vicariant in the coming days after Dirt Fest is again eagerly awaited to come around again in 2016?
Noah Foxk: A full length album! I know it’s been long awaited by our fans and that will be our number one priority following Dirt Fest. We owe at least that to everyone who has supported us this far…
NRR: Is there a band or bands on this year’s Dirt Fest line-up that you are looking forward to seeing as fans?
Noah Foxk: Down, Periphery, Blue Felix, Coal Chamber, Starset, Hellyeah…, (laughing)! We all have our different tastes in music and if one of us isn’t excited to see a certain band on this years bill, it’s safe to say the other is! 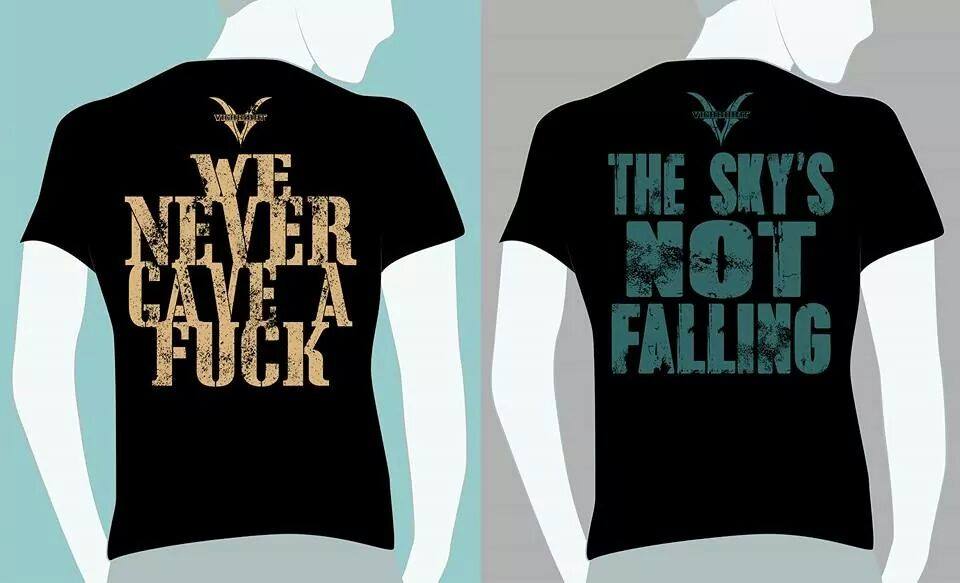 NRR: How important is selling merch for a band like Vicariant at a festival like this, and if there are any thongs, who has to model them from the band, (laughing)?
Noah Foxk: (Laughing), Jake is definitely the thong model… most likely wearing them on his head though! The importance of selling merch, to a band at our level is extremely high. Not only is it what funds recording, touring and moving forward with production in general, but it is probably the number one way for our fans to show their support and spread the word!
NRR: For anyone that might not have heard your music before, what can they expect to get from your sound on stage?
Noah Foxk: We’ve heard that we sound like anything from Corrosion of Conformity, to All that Remains, to Drowning Pool… It’s really hard for us to make that call, but it’s an honor to be compared to bands of such stature. I’d have to say what we sound like is for anyone that catches our set, to decide for themselves.
NRR: What’s the most bizarre thing you guys have witnessed so far while be up on stage?
Noah Foxk: Well, there has been a lot of nudity and fights, glass eating and people hanging from hooks, but what I still find most bizarre a lot of the time is that people are actually in front of our stage with their fists high, genuinely connecting with us and enjoying themselves. It’s really bizarre in the absolute best way and we couldn’t be more grateful for that…