Monsters of the Midway never really got that scary. If these guys had that title, now you’re on to some scary shit. Here they come.

Four insane people make up the Chicago band, Cardiac Arrest: Adam Scott (forbidden passages/guitar six-stringdom), David Holland (intestines on wood, and poetic injustice), Tom Knizner (sick six strings and pukings), Nick Gallichio (drums of death). And Death Shall Set You Free, their latest album on Razorback Recordings, some touring plans, and electric shock therapy all got a bit of love while talking to Adam about Full Terror Assault 2015. If death, demons, or skeletons offend you as a reader, may we suggest you head over to National Country Review and not chance the rest of this interview. For those that stay, enjoy the read.

NRR: What’s been going on with Cardiac Arrest last year to catch the Full Terror Assault fans up to speed?
Adam Scott: Seems like a lot over the last year as of late. For starters, our newest album, And Death Shall Set You Free did a handful of shows including our first time touring in Europe in the spring with Nominon, out of Sweden. Also released a split 7-inch with Radiation Sickness.
NRR: Hopefully you guys have a great time on stage this year. Are you looking forward to anything in particular at FTA?
Adam Scott: Absolutely, should be a cool time. Looking forward to seeing the overall scheme of the show. You never really hear about an “open air” style fest in the States. Hopefully, it will be an overall success.
NRR: It looks like it’s been a bit since the latest release. Are there any plans for a new disc in the near future?
Adam Scott: Almost a year or so. Naturally planning for the next full-length assault. 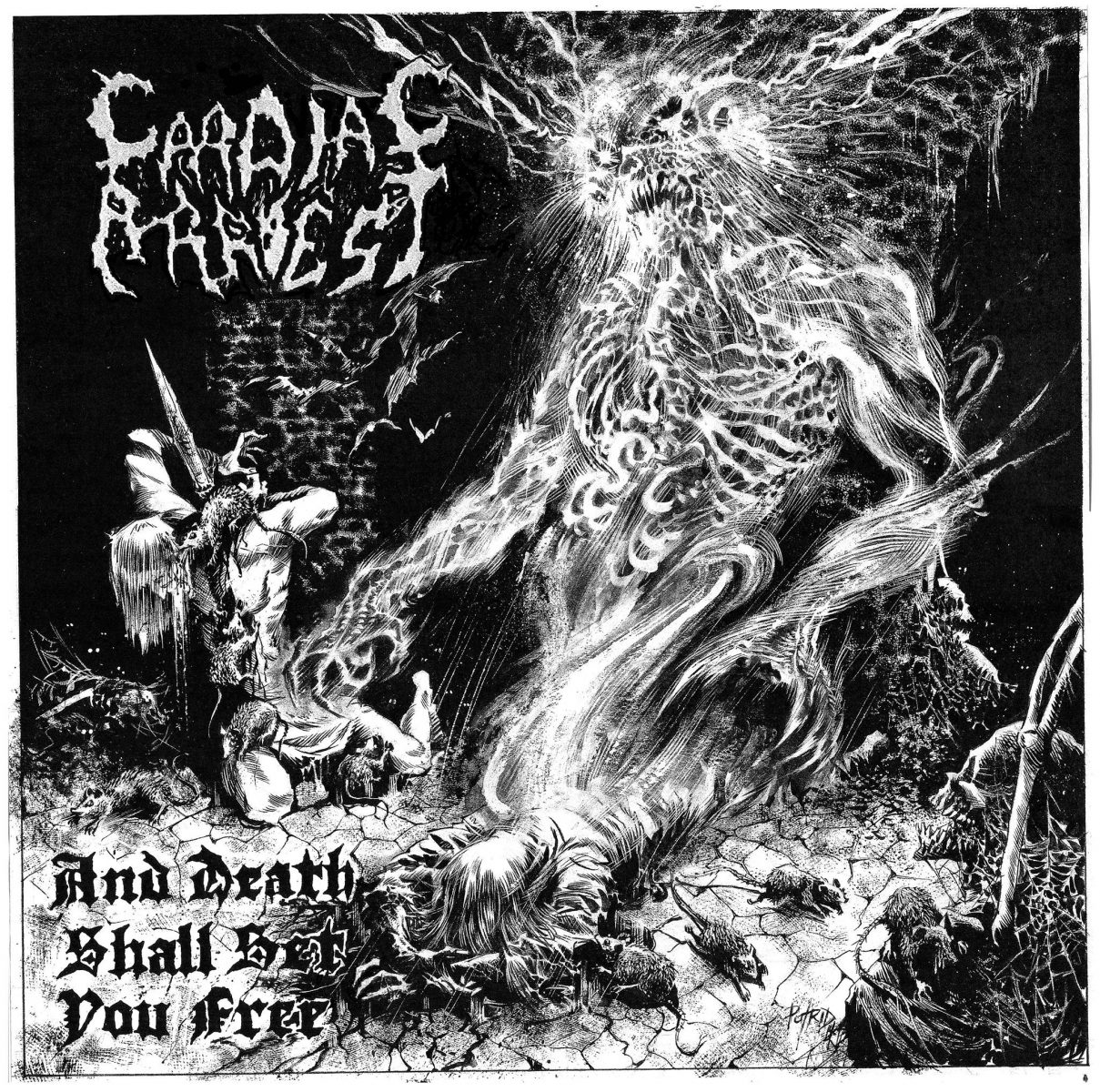 NRR: If you had to describe your sound to new fans at FTA, what would your flowing poetry be like in response?
Adam Scott: A swift kick in the balls, and a derailing of your mental being!
NRR: If FTA rolled out the red carpet, for anyone, that you guys would want, is there anyone you’d love to have onstage for a song or two, and if so who might it be?
Adam Scott: Nobody off hand, maybe Chris Reifert (Autopsy), that would be cool.
NRR: What can we expect from the band after FTA is a dark, rotting dream of a sleeping death metal dwarf until 2016?
Adam Scott: We’ll still be alive and kicking for sure!!! More releases in the way of split 7-inch EP’s and a new full length.
NRR: Is there a band or bands on this year’s FTA line-up that you are looking forward to seeing as fans?
Jason Monroe: Murder Construct is one I’m looking forward to, I’ve liked what they have been putting out since they came out. Frosthelm is pretty kick ass, too.
NRR: It looks like you guys are fans of Vinyl. Is itÂ a good merch table seller and how important is the merch booth for the band?
Adam Scott: For sure, it’s a very cool format. As a matter of fact, And Death Shall Set You Free will see a Vinyl release this year! Now back on the subject, it definitely sells for the most part. Definitely for the collector for sure! Merch I’ve always seen as important for a band, I don’t care how much you make for the show or whatever, it’s never enough. 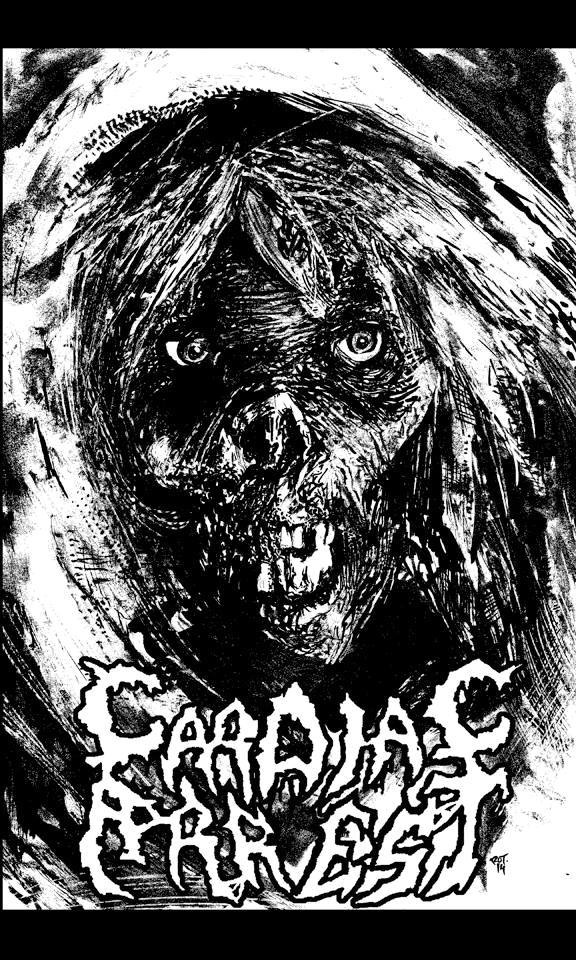 NRR: If you guys were trapped in a horror movie, what is the preferred movie to take over the Cardiac Arrest way, (laughing)?
Adam Scott: Definitely not the movie Cardiac Arrest, (laughing)! If you’ve seen it, you probably agree, (laughing)! There’s a few off hand and can probably go on forever with this. I’ve been on a Coffin Joe kick lately. His movies have a great one-two punch of grim and grotesque.
NRR: What might be the most bizarre, strange, or simply hilarious experience that comes to mind for you? A Spinal Tap moment if you will?
Adam Scott: I remember some years back while on tour in Texas we were playing and David got his hair caught in my headstock. He’s got quite long locks so it was definitely a Spinal Tap-esque moment of sorts. Not to mention there’s the occasional microphone that gives me an electrical shock. GAH (laughing)!