There are a few new bands to the tenth-anniversary lineup. None may leave more blackouts, empty whisky bottles, and tattoos in their wake.

Hastings, Michigan is home to one of the Mitten state’s finest metal bands willing to kick your head in at the show and then ask to sleep on your couch afterwards. 6 Prong Paw is made up of Nick Williams (vocals), Josh Moore (drums), Chad Rabideau (bass), Seth Earl (guitar), and Dustin Cook (guitar). They are currently out on the road all the way until Pontiac, Michigan as long as the road gods cooperate, on the DAMNEDocracy, DEVILS, and Dives Tour.

Nick being the ultimate road warrior, found a few minutes out on the road to answer some questions about the upcoming Dirt Fest 2016 show. We touched on new music, and a couple of other topics before the WiFi faded off into the night. If you want brutally honest, grab your ankles because you’re going to get it with these guys. Head over to our Facebook or Twitter feed and let us know what you thought of this piece. We could use the clicks on hot chicks of metal while you’re there. 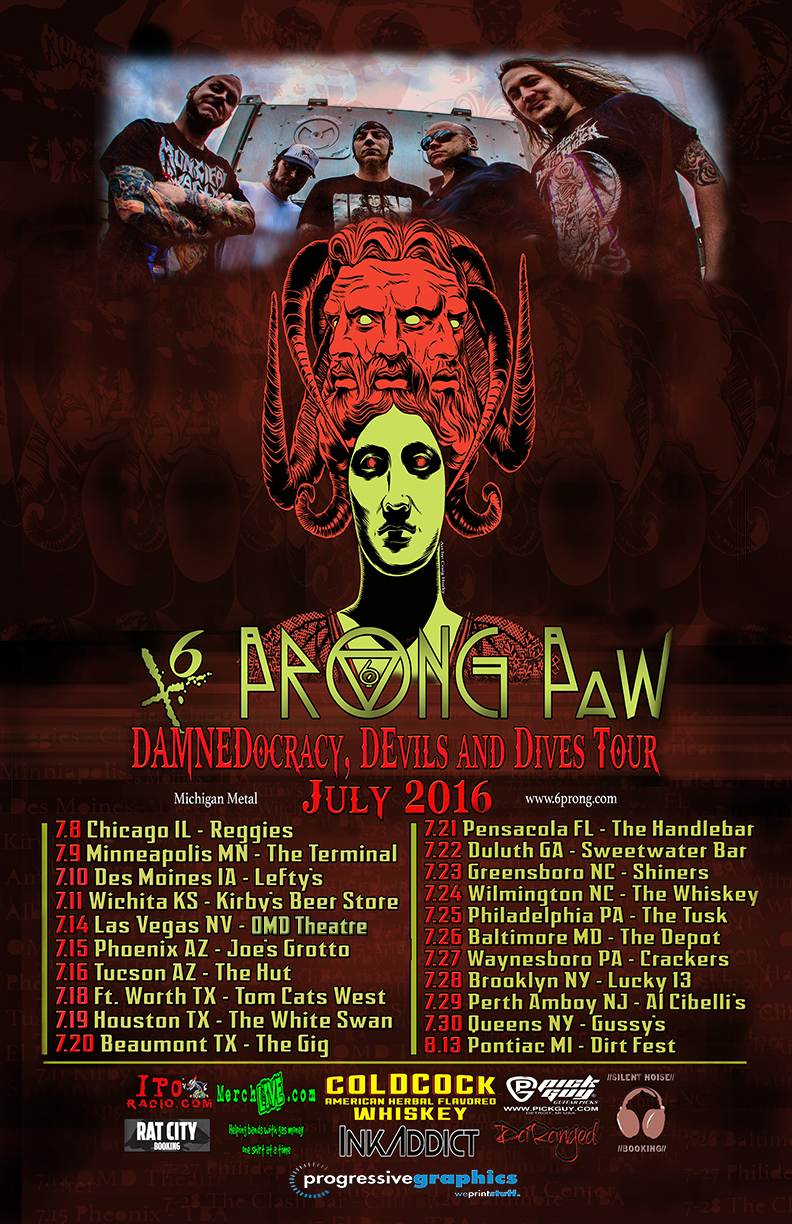