Howie D. from Hard Edge Radio and National Rock Review recently spent some time talking to Hellyeah frontman Chad Gray before their show in Clarkston, Michigan for the Detroit area stop of this year’s Rockstar Energy Drink Mayhem Fest. They talked about the state of music, the way he feels it should be happening, other goals the band would like to achieve, this year’s Mayhem Fest, the kinds of bands he thinks should be headlining this type of festival in the future, and more.

The band Hellyeah started as a side project but over the last few years and album releases, it’s become the main focus to all of it’s members. Their most recent album, Blood For Blood, has launched the band into further success. Hellyeah has been steadily growing in both presence and importance in the heavier music scene. The band is currently on the road playing the main stage of this year’s Rockstar Energy Drink Mayhem Fest along with Slayer, King Diamond, and The Devil Wears Prada. The festival is running through early August where it will wrap up in Dallas, Texas.

The Interview with Chad Gray from Hellyeah:

Blood For Blood, the latest album from Hellyeah: 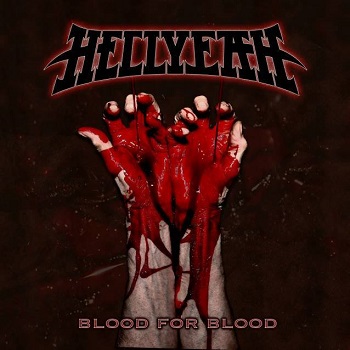