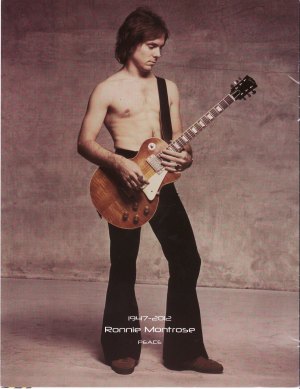 Iconic guitar maestro Ronald Douglas ‘Ronnie’ Montrose was born in San Francisco, California on November 29th, 1947. He is best known as an accomplished musician and innovative guitarist who took the world by storm in the early 70â€™s with the influential rock band Montrose.

While a toddler, Ronnieâ€™s parents moved to Colorado. He left home around the age of 16 to pursue a career in music.

Ronnie started out in a band called Sawbuck, in 1969, with Bill Church (Whom Ronnie would later form Montrose with). While working with Sawbuck, Ronnie got his first big break when he was invited to play on Van Morrisonâ€™s 1971 album, Tupelo Honey. Ronnie then briefly played with Herbie Hancock, Beaver & Krause, Boz Scaggs and the Edgar Winter Group in 1972 before forming Montrose in 1973.

Montrose consisted of Ronnie on guitar, Bill Church on bass, Denny Carmassi on drums and, a then-unknown, Sammy Hagar on vocals. Liking what he heard, producer Ted Templeman helped the band secure a record deal with Warner Bros. That same year, the band would release one of rockâ€™s all-time great debuts, the self-titled Montrose album.

Montrose spawned the classic fan favorites; Rock Candy, Bad Motor Scooter, Rock The Nation, Space Station #5, and Make It Last. Often cited as â€œAmericaâ€™s answer to Led Zeppelinâ€, the Montrose album would attain platinum status by selling in excess of one million copies and was held to be highly influential amongst hard rock and heavy metal musicians (Van Halen and Iron Maiden, to name a few).

Ronnie would go on to record three more albums with Montrose before disbanding; Paper Money (1974), Warner Brothers Presentsâ€¦ Montrose! (1975) and Jump On It (1976).

Ronnie also did some session work, including Gary Wrightsâ€™ Dream Weaver album. In 1978, Ronnie switched directions and released the guitar-instrumental solo album Open Fire before forming his next band Gamma in 1979. Gamma was a more AOR (Album Oriented Rock) band than Montrose, fusing keyboards into their sound.

The original Montrose line-up reformed to play as a special guest at several Sammy Hagar concerts during the summer of 2004 and 2005. Ronnie also performed regularly from 2002 until his death in 2012 under the Montrose moniker. This incarnation of Montrose featured Randy Scoles on lead vocals along with Dan McNay on bass and Steve Brown on drums. 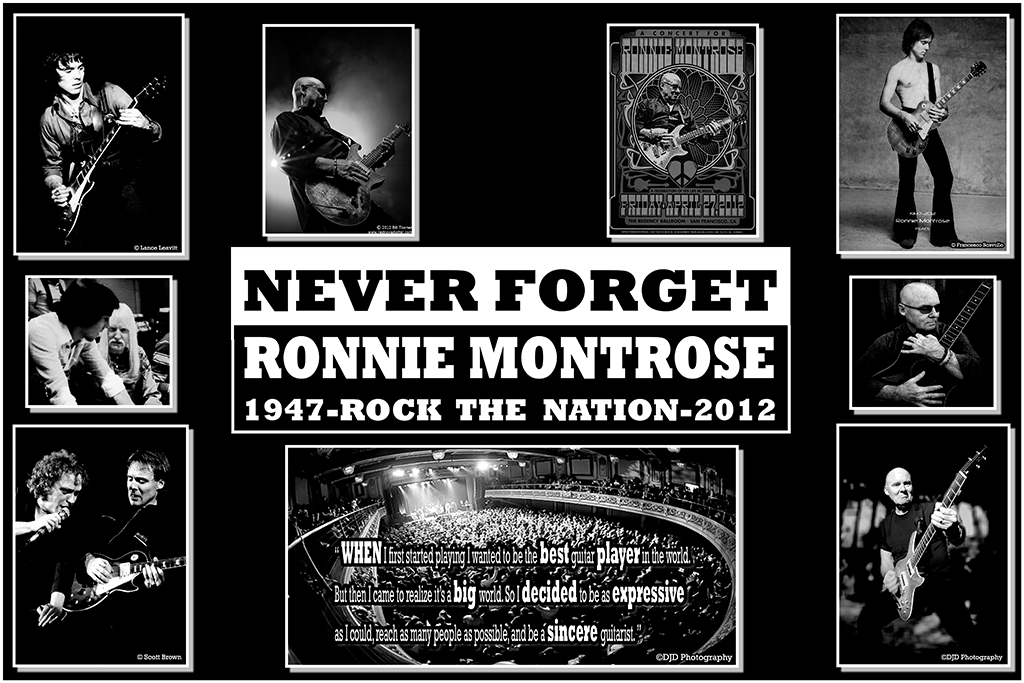 During his last tour in late 2009, Ronnie revealed that he had fought prostate cancer for two years. Ronnie passed away on March 3rd, 2012 leaving behind a son, Jesse, daughter, Kira, and wife, Leighsa.

Shortly after Ronnieâ€™s untimely passing, longtime friends and business associates began planning an all-star concert in his honor. The concert took place at San Francisco, Californiaâ€™s historic Regency Ballroom on April 27th, 2012 and contained some of rockâ€™s greatest talent paying homage to the guitarist who had been such a profound inspiration. 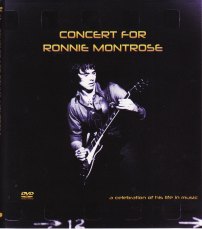 Ronnie has been called the ‘Father Of American Hard Rock’, an innovator, and an incendiary guitar genius. He left behind an impressive, influential body of work that never quite got its due… until now. With great sound, expert video quality, and memorable performances, the ‘Concert For Ronnie Montrose: A Celebration Of His Life In Music‘ is a must have for any Ronnie Montrose fan. NEVER FORGET RONNIE MONTROSE!

Like us on Facebook and follow us on Twitter to get updates on our Montrose DVD giveaway contest. We will be posting your chance to win one of three DVD packages that celebrate Ronnie’s life over the next couple of weeks.