Gary Hoey is a man of many, many talents. From charity to recording hits, this Jukebox Hero man doesn’t stay still for very long.

Gary Hoey has toured and shredded rifts with the likes of Jeff Beck, Brian May of Queen, Joe Bonamassa, Ted Nugent, Joe Satriani, The Doobie Brothers, Foreigner, Styx, Steve Vai, Eric Johnson, Peter Frampton, and Dick Dale. Touring now in support of his latest release, Deja Blues, on Wazoo Music Group, Gary gave us some very precious moments to answer a few questions. Don’t hold it against him for his under-inflated support of a certain football team.

â€œThis is an album of original blues songs Iâ€™ve wanted to record for a long time. The Blues has always been near and dear to my heart. I have so much respect for it. When Iâ€™m recording a blues song, itâ€™s a 5 minute journey and you canâ€™t take a breath, you canâ€™t keep punching in the recording button to fix stuff or it loses the vibe.â€ ~ Gary Hoey

NRR: Thanks so much for giving us a few minutes of your time, especially on tour. I have to start off by asking if your a sports fan, as you’ve sung the anthem for a couple of different Boston teams? If your a Pats fan the rest of this interview many have to be “lost,” being the loyal Colts fan that I am, (laughing).
Gary Hoey: My pleasure thanks for the interview. Yes I’m a big sports fan, and I like the Colts but not as much as The Pats. (Laughing), my son, Ian, plays football (he’s a QB). It’s always an honor to perform The National Anthem. I’ve performed it for the Redsox, Patriots, Steelers, Dodgers, Padres, and many more. It’s a blast.
NRR: I’d like to ask a few questions about your musical background before getting to your upcoming Detroit show. Your journey from being a teenager to a very accomplished artist sounds as if “Jukebox Hero” might have written about you. When you were outside music college, did you dream that the road to rock and roll immortality would go the way that it has for you?
Gary Hoey: When I was 14 I knew I loved the guitar. My obsession was a very natural progression. I played ten hours a day, but we did not have Xbox or iPhones. “Jukebox Hero” might be about me. I had no doubt I would make a living making music because I did it for the love of the music which did not always pay the bills. I would not take â€œno” for an answer.
NRR: Meeting Ozzy and auditioning for him I’m sure was quite a formative event for you as he gave you some decent advice. If he had gone in the opposite direction and told you you’d be better off finding a factory job instead of trying to be a musician, would you have listened or would that have just added more fuel to proving you could play with any of the guitarists that are now your peers?
Gary Hoey: If Ozzy had said that I would have thought he was joking because he just paid for my flight and hotel, (laughing), even if he did, it would not have phased me. I had too much belief in myself and my music. Plus you couldn’t understand him anyway, maybe he did tell me to F-Off!

NRR: You’ve been a solo artist, played in bands, done instrumentals, you’re known for Ho Ho Hoey visits, and been mentioned as a Top 100 guitarist of all time. Has the need to be so diverse come from how the industry is, or is it the result of your desire to not be know as a one dimensional person?
Gary Hoey: I think being diverse is fun for me it keeps me excited. I hope there is always a thread in there that is me. Whether I’m playing Blues, Surf, Rock, Metal, or Christmas music, my personality is there. My fans tell me they like the different styles and that my records don’t all sound the same. That gives you longevity I think.
NRR: You have some great personal experience that I really would like your opinion on this next inquiry. There has been a resurgence in the hard rock/metal genres by taking a song not in that spectrum and giving it a makeover. Having your own success with “Hocus Pocus,” do you see this as nothing new, or is it different because your cover didn’t define you for the rest of your career where it might for today’s newer bands?
Gary Hoey: It’s nothing new but it still is a good idea. I think doing a cover song can open lots of doors, if you re-invent it, even better. A song that was already a hit has a built in audience and you can get folks to check out your music by them hearing the cover song. Also when people search a song on the web and you’ve covered it, they may discover you by looking for someone else. It’s a proven formula.
NRR: I know you’ve worked with some legends like Jeff Beck and Lita Ford, among others. Who has earned your respect as a fellow artist and is there anyone our there that still gives you some butterflies if you got the chance to work or play with him/her/them? 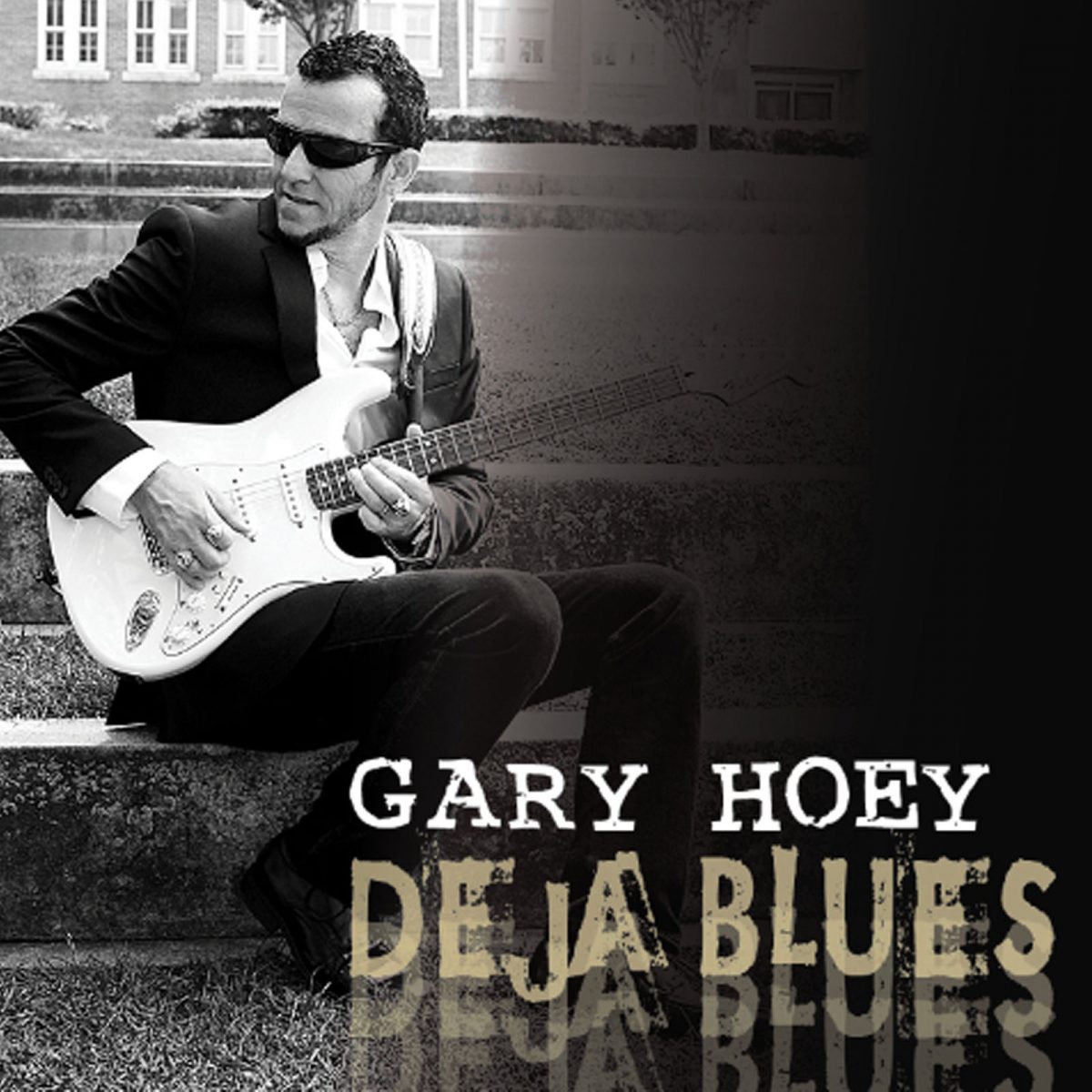 Gary Hoey: Anytime I get to work or perform with my idols or people I admire I get a little nervous, but then it goes away when I feel I’m prepared and it’s meant to be. Eric Clapton, Buddy Guy, Sting, would make me have butterflies.
NRR: If I read it correctly, you have 19 albums to your credit. Some great hits and even one that the Seattle scene wasn’t kind to. When you came to Auburn Hills, MI at Callahanâ€™s Music Hall July 17, 2015 you performed songs from your latest release, Deja Blues, available now on Wazoo Music Group label. What makes this album special to you and what would you like most for a new person hearing it for the first time to take away from it?
Gary Hoey: My live show lately is a mix of the hits some classic Hoey, and the new, Deja Blues, album. I’m very excited about Deja Blues and the new blues/rock direction, it has opened a lot of new doors and I’ve always loved the blues. I’m at a time in my life where I can do what want and be true to myself. You cannot fake the blues, the public will see right through you. This is not phase for me, I’m sticking with blues. My new record in the works now will be another blues album and should be coming this fall.
NRR: What has been one or two of the more difficult lessons you’ve had to learn since you started out to make your mark in music?
Gary Hoey: I would say the most difficult lesson I’ve learned is to not be so quick to sign a record deal without a good lawyer, and to listen to your lawyer when they say don’t sign. I also wish I understood what publishing really was 20 years ago. Oh, and that the best times of your life are when your young and just getting going. Everything is new and cool. Later you can get jaded and learn the truth, (laughing).
NRR: Is there a moment, that thinking back on it now, in the your career that you can’t help but still feel a tad bit embarrassed about, makes you laugh about despite yourself, or just still makes you shake your head in disbelief? A Spinal Tap moment if you will, that you’d be willing to share with me?
Gary Hoey: My Spinal Tap moment came when my pants slit in the crotch and the girls in the front started laughing at me and I didn’t know why. I was around 17.
NRR: With the history Detroit has as an influence on our musical culture, is being well received in Motown as important to you as being seen as a son of Boston?
Gary Hoey: Being [accepted] in Detroit does mean the world to me. The history and influence on the music scene was huge coming out of the Motor City, I owe a lot to Ted Nugent. He took me on his Whiplash Bash tour and Radio legends, Drew and Mike on WRIF, had a big impact on my career in Detroit. 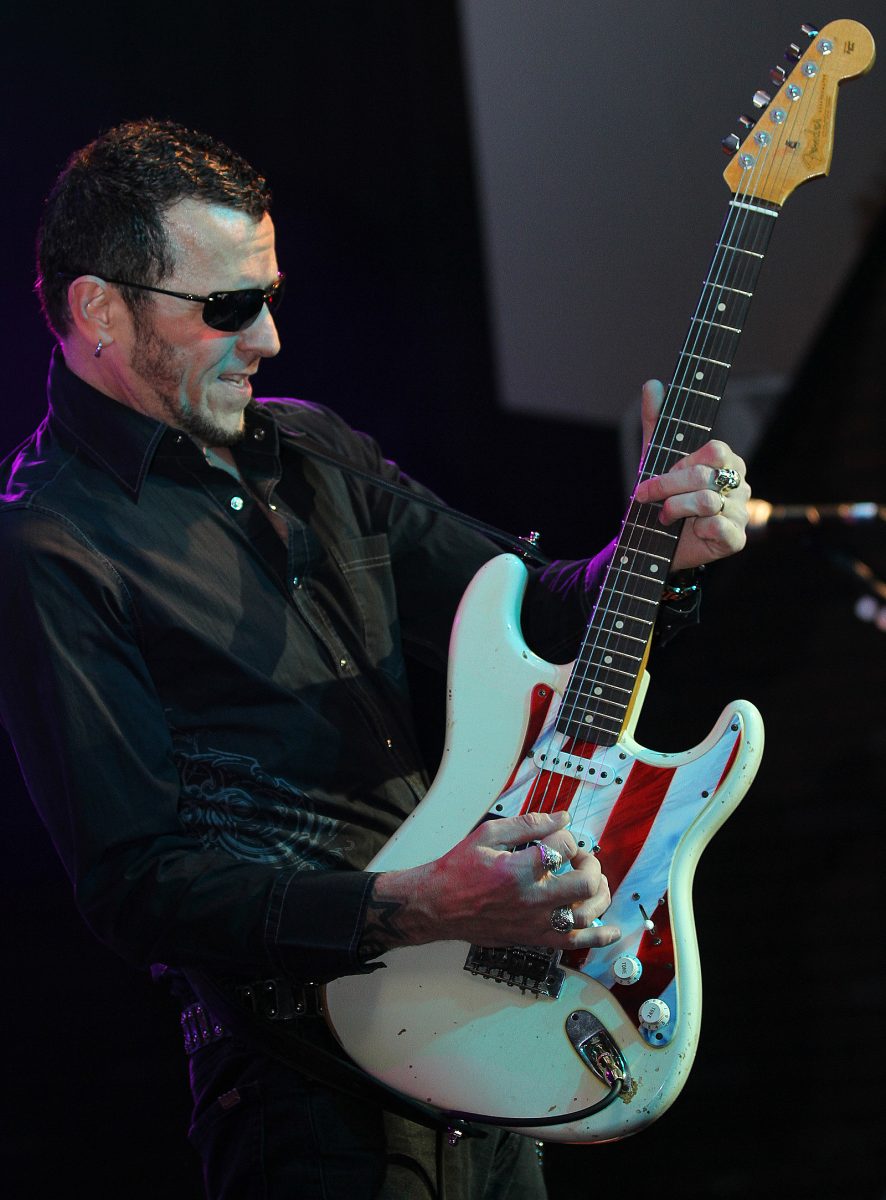 NRR: With this latest CD being a blues offering and having just recently lost a blues legend, I’m curious to know if you have a treasured guitar that might have even earned a name that you’d be hard pressed to ever part with?
Gary Hoey: It’s very sad we lost BB King and Johnny Winter. I have a guitar I nicknamed, Flag. It has an American flag pickgaurd and it’s beat to crap but I could not live without it.
NRR: Is there an adult beverage of choice that might make its way on the tour bus or even on stage that helps to keep the vocal chords well oiled or the fingers especially limber, and if so what is the drink of choice? It is a blues tour, after all.
Gary Hoey: When it comes to adult beverages I’m a beer drinker. I also like red wine, Tequila once in a while, Hennessy whiskey is not bad, but you will never see me have a drop of alcohol before I perform on stage. I’m always clear headed so I can do the best show every night.