Joe Bonamassa will perform a short run in London at the prestigious, Hammersmith Eventim Apollo March 17, 19, 20, and 21, before releasing his much anticipated Muddy Wolf at Red Rocks DVD, Blu-ray and CD on March 23.

According to Joe’s press release, “Bonamassa will perform songs from his classic albums including Sloe Gin, Dust Bowl, The Ballad of John Henry, Driving Towards The Daylight (the latter reached #2 in the Official UK Album Chart 2012), and his critically acclaimed 2014 album Different Shades of Blue.” 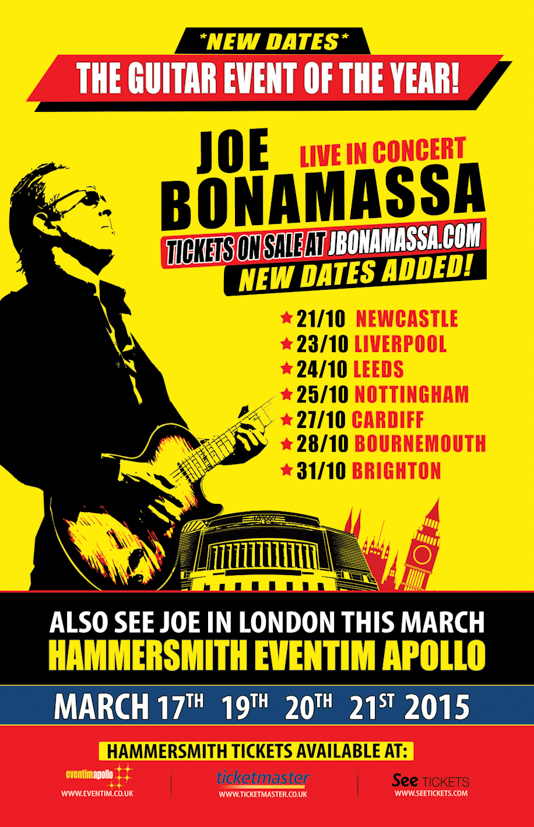 Tickets go on general sale at 9 am on Feb. 13, and are available from jbonamassa.com, eventim.co.uk, ticketmaster.co.uk and seetickets.com.