Howie D. recently got the chance to catch up with Aaron Nordstrom, frontman for Gemini Syndrome, just before they took the stage at the Machine Shop in Flint, Michigan on July 23, 2016. They talked about the busy few years they’ve had since the release of their debut album, writing new music, and the member changes and their new beginning. Nordstrom also mentioned how much they love playing The Machine Shop, and some details on the upcoming new album.

Gemini Syndrome has been steadily gaining popularity and respect since the release of their debut album, Lux, back in late 2013. The band signed with Warner Brothers Music for their debut; a rare occurrence these days with a major label signing a heavier band. Almost three years and dozens of tours later, the guys are set to release their follow-up album, Momento Mori, via Another Century Records on August 19.

The lineup may have a few new members, but the feel and sound of Gemini Syndrome remain true, and the chemistry and focus of the band seem to be stronger than ever. One can only hope that this new beginning is something that takes the band to great new heights and gets them the attention they so deserve. 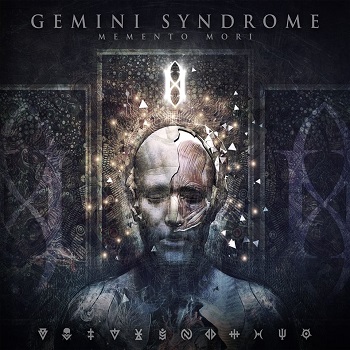