Successful stories of solo artists are rare in the world of rock and metal. The road to the top is long, but the buzz in the UK is that the artist, Pryti, may have a good shot.

Birmingham, UK based vocalist, bassist, guitarist, and pianist, Pryti Gatge, is starting to make some serious waves from across the pond. She is also managing director of the record label formed in 2013, Welcome To Pariahville. While not a proper interview, we were able to pick her thoughts on a few topics.

NRR: How did you get into the music scene and was doing it pretty much solo because of need or want?
Pryti Gatge: I got into the music scene by interning for few music companies in the UK and I then decided that I wanted to be the artist. Iâ€™ve always wanted to be a solo artist even when I was little.
NRR: I’ve seen a few descriptions of you and your sound, in your own words tell me how you see your style and how it got that way?
Pryti Gatge: I see my style as anthemic, grungy, hard rock with metal influences. Iâ€™ve always listened to a lot of different types of music from Sarah McLachlan to Machine Head. When I decided that I was going to give this a go I wanted to write songs that punched me in the gut like my favorite bands and artists. My style really got cemented during the recording process. My producer Justin and I were playing with different tones of the guitars and bass guitars it was easy to see what worked and what didnâ€™t.
NRR: Do you find it hard to get booked to play tradition metal/rock scene venues or have you actually found it easier to book because of the difference you can provide to a night’s billing? Or will you tour in promotion of the new album in a traditional sense?
Pryti Gatge: The touring and gigs thing is something that I determined to get to grips with this year. I have found it hard as Iâ€™ve been busy writing and with the business side of things that I havenâ€™t branched out into the world of gigging.
NRR: Tell me how the writing process from a solo aspect is different than a group effort. And where do you find much of your inspiration in place of bouncing ideas back ad forth with band mates?
Pryti Gatge: A major difference is that as a solo artist you do everything yourself, if things go wrong thereâ€™s no one else to blame. With a band itâ€™s generally a collaborative effort and being a solo artist you donâ€™t have to compromise. The majority of my songs are inspired by TV shows, films, books and life experiences. I tend to get obsessed with characters and story lines and want to write about them. For instance my song, “The Pessimist”, was inspired by Elizabeth from The Blacklist.
NRR: Tell me about the new album. Being that you are a UK based act, if a possible new fan west of the pond picks up the LP and gives it a listen, what would you want them to take away from the album more then anything else?
Pryti Gatge: My new album is called Tales of a Melancholic. It’s a dark and moody album. I wrote all the songs and played guitars and bass. I love to write these kind of songs. The message that I’d like people to take away with them is when things get hard, never give up and never be ashamed with who you are. Not fitting in can be a good thing. 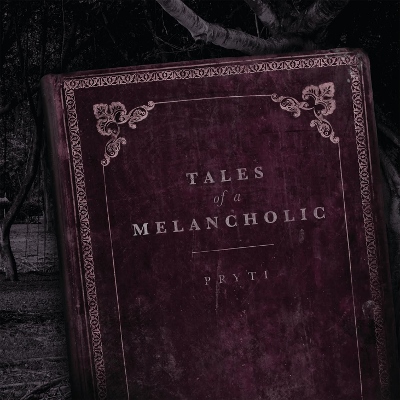 NRR: If a US band x’s manager calls you up as a act and says, “Hey, the group wants you to open a US tour with them”, who is the one band off the top of your head you’d drop everything for to see it happen?
Pryti Gatge: Deftones or Killswitch Engage.
NRR: It may be in the grips of old man winter right now, but summer festival season isn’t too far away. A lot like the last question, which fest would you love to be on a stage with or what festival do you think would be the best for you and be fun to do as well?
Pryti Gatge: Iâ€™d love to play Download Festival in the UK. Iâ€™ve been a few times and have always had fun. In the USA being on the Warped Tour seems like it would be a lot of fun. I think I would fit in with the diversity of the bands.
NRR: With running a label, do you find it a challenge, like being on stage is the goal, or is it another aspect of your career as whole and just as rewarding as airplay on a big outlet?
Pryti Gatge: I love running a label. I really enjoy the business side. Iâ€™m a control freak so it suits me perfectly. Though it is challenging, as I donâ€™t have a manager or booking agents, so Iâ€™m learning as I go but there is nothing like your song being played on a radio station.
NRR: You have to love music to be in music and still enjoy the process. If it wasn’t for the love of the music and the art, what would be your day job(s) in place of the pursuit of the rock dream?
Pryti Gatge: I would be a music supervisor, working in sync pitching music for TV and film or a makeup artist.
NRR: Last one and I’ll quit picking at your mind, being a signed artist, I would guess at your own label at the moment, how important are the bandcamp’s, Facebook’s, YouTube’s of the world not only to get the music out there but also to stay in touch with your fans?
Pryti Gatge: The social media sites play a very important part as an artist and as a label. People from the other side of the world can listen to my music and I can stay in touch with my fans and update them. Sites like Facebook and YouTube also provide advertising so itâ€™s a great way for me to get my music to the people that will like it.