Tommy Marz Band release a new video for “Tumble in the Rough,” from their recently released Seventy-One Trips Around The Sun album.

Detroit, Michigan alt-rockers, the Tommy Marz Band recently dropped a new album and have just released an official video for the band’s alternative take on the Stone Temple Pilots classic, “Tumble in the Rough.”

Last month, the band released their highly anticipated follow-up to Bringing Alpha with the album Seventy-One Trips Around The Sun.  This concept album mixes the band’s familiar edge on songs like “Coffee, Cigarettes and Judge Judy” with melodic guitars on “Misery” and soaring harmonies on “Reborn” letting the listener in on Tommy’s most personal songwriting offering to date.

Directed by the band’s drummer, Jason Tucker, the video was filmed in a manufactured home park in Novi, Michigan. It stars Richie Rollins (also known as The Happy Day Warrior). Rollins studied acting under Wallace Smith at Oakland Community College and Second City and has been seen in quite a few films and theater in the Detroit area. He is best known for his work in Scripting Slingwell and the TV series Comics, Beer & Sci-Fi.

In the video, Rollins plays someone fighting his addiction which has him losing the difference between trippin’ and reality. He progressively realizes it during the video and finally has to choose to make a change.. or not. Tommy Marz makes an appearance in the video as the pizza delivery guy whom Rollins mistakes for an FBI agent.

Tommy Marz Band’s version of “Tumble in the Rough” takes a different direction than its namesake. It starts with a Beatlesesque reversed guitar riff, then bounces into a poppy stomp-and-clap open. The groove really hits you when the march takes a darker tone as the intro riff comes back and the song descends into a rumbly verse, then Marz dives into Scott Weiland’s whispery-mumbly lyrics. It is interesting how the song loops back around to the reversed riff for the solo, and the pre-chorus snare-down builds up to the drop back to the stomp-and-clap in genius fashion. This song has sports-team rallying cry all over it, despite the downtrodden message therein. It’s a whole lot of jumpy fun.

Seventy-One Trips finished its first week at #7 on the iTunes New Rock Albums Chart and #83 on the general iTunes Rock Albums Chart (where it peaked as high as #45). This is pretty impressive proving that independent bands have a place in the hearts of many. 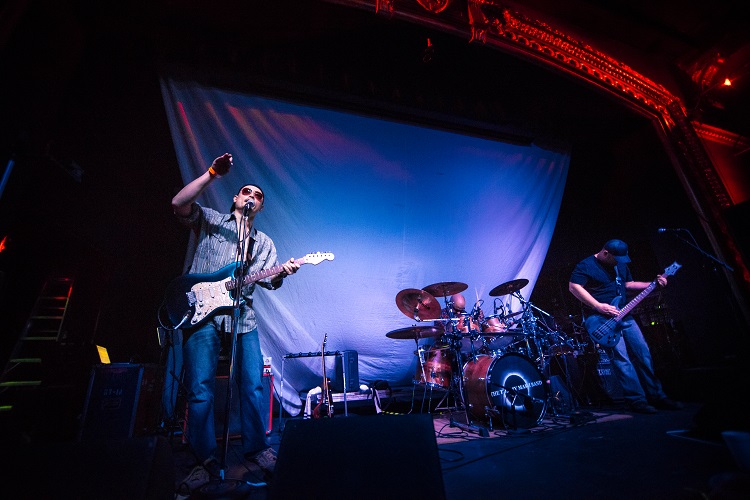