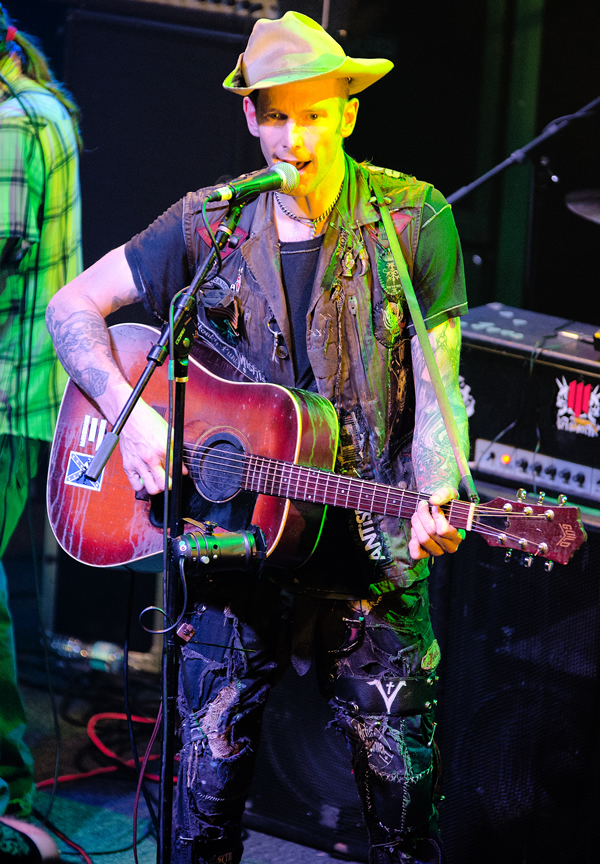 Hank Williams III takes no shit and gives no quarter when it comes to playing music on his terms. Son and grandson of the famous Hank Williams family, he eschewed his chance to follow in the footsteps of his family in what could have been a sure bet at success in the country music world. Sticking a middle finger up the collective ass of the Nashville sound, he struck out on his own to make his own legacy of music.

From recording his own “Hellbilly” style music, playing in metal band Superjoint Ritual with former Pantera singer Phil Anselmo or his own band Assjack, or even going back to his roots with his own style of country, Hank3 lives and breathes on his own terms accepting no bullshit from anyone on his Hellbilly ride through life.

With a triple album release scheduled to be released on October 1st, double country album “Brothers of the 4 x 4” and punk album titled “A Fiendish Threat”, Hank is packing up the bands and hitting the road in support of these new releases on August 24th. Citing The Machine Shop in Flint as a home away from home where he feels like he is among his northern redneck family, it is often one of the most rowdy and energetic shows on his tours. We spent a half hour on the phone talking about his new releases, The Machine Shop, inspirations, connecting with the fans, and the alleged rumor about him never playing Detroit again.

Get your tickets now while you can, this show WILL sell out and The Machine Shop is by far one of the best run and kick ass concert venues in the state of Michigan to catch a show at these days.