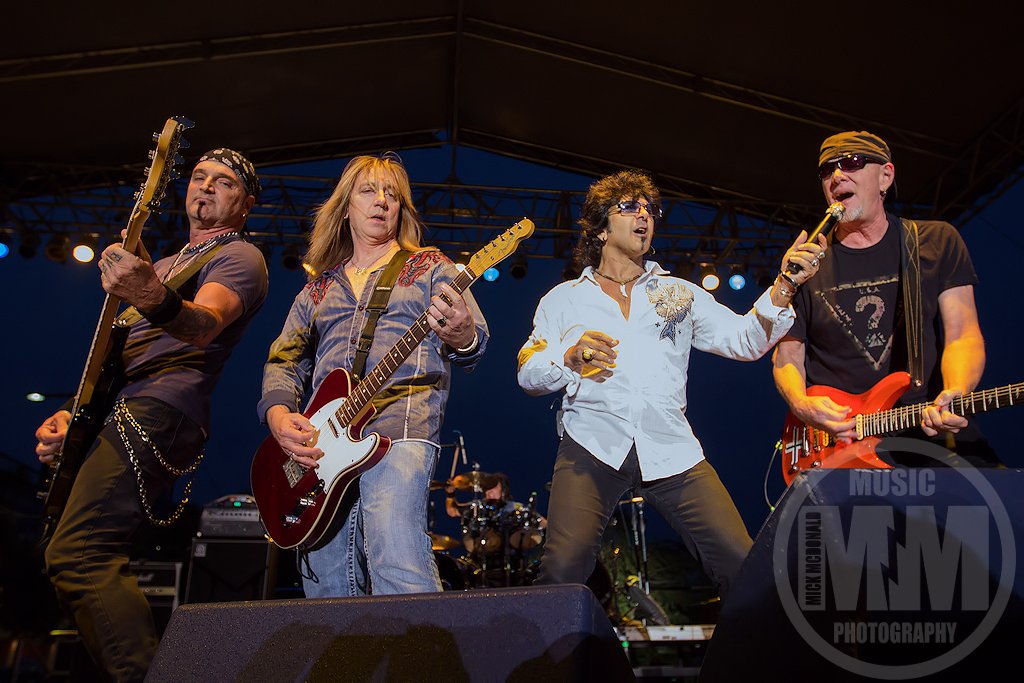 Detroit Rock City loves nothing more than a great rock and roll show, especially when it’s free. Great White came chomping at the bit to the Rockin’ On The Riverfront series behind the GM Resistance building last Friday as part of the free concert series put on every summer by a variety of business sponsors. With the sun setting behind the GM towers casting long shadows across the Detroit river, the people began to gather along the waterfront to take in a great night of rock and roll.

As boats moored along the river front near the stage, diners taking in coffee and dessert at Andiamo’s sidewalk dining tables and throngs of pedestrians strolling in from the various parking structures, local band Tommy Marz opened up the night. An energetic act, Tommy and band were a perfect fit to open up the show with an abundance of vigor, and a variety of original and cover songs to engage the early audience. Check out their website for more info on them and support local music! www.tommymarz.com

Great White took the stage sharply at 9pm after a quick sound check and fine tuning of audio by long time producer, guitarist and keyboardist Michael Lardie. The attendance of the crowd had easily tripled in size by then with young and old in attendance, and notably a lot of fans in Great White shirts both old and new. With twelve studio albums under their belt since 1984’s eponymous titled album, thousands of tours around the world from the smallest venue to the largest arena, the band brings a fine tuned show to whatever stage they play. With former XYZ singer Terry Ilous taking over frontman duties since 2010, founding member and lead guitarist Mark Kendall, drummer Audie Desbrow, bassist Scott Snyder and the aforementioned Michael Lardie comprising the latest incarnation of the band, they ripped through a varied catalog of their music spanning nearly 30 decades of great rock and roll leaving hardly anyone in the crowd sitting in their seats.

Catch Great White on the following tour dates including a two return dates to Michigan for the UP State Fair and in Sagniaw at the Dow Event Center, both in August.