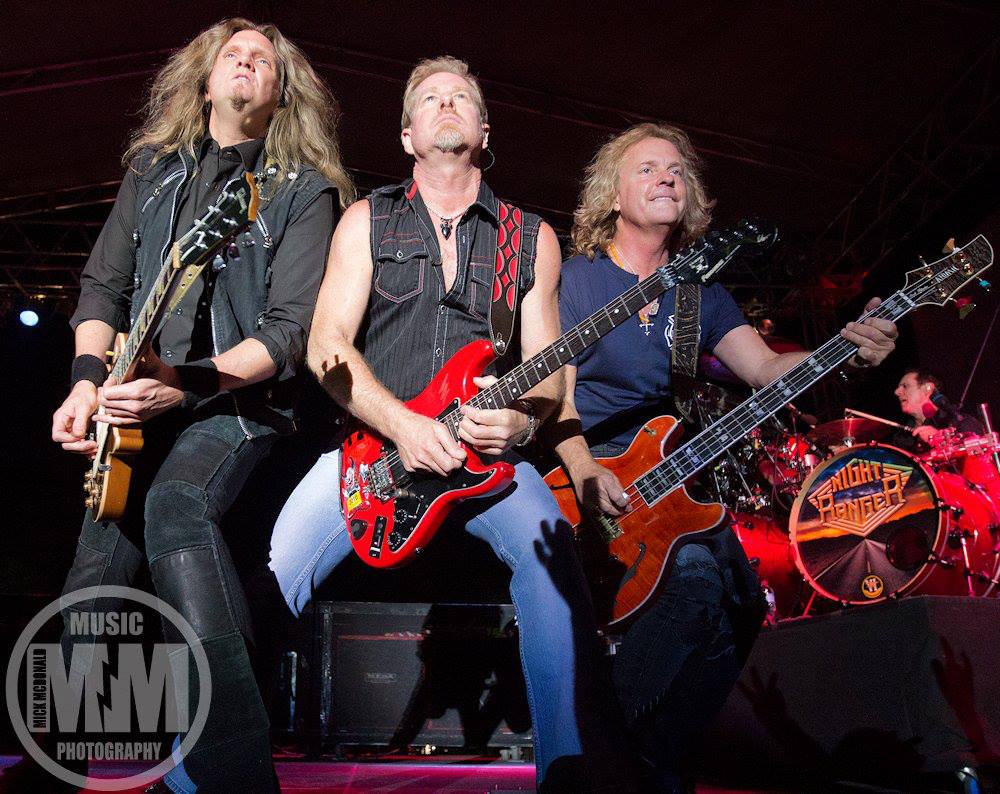 Closing out the 2013 Chevrolet Rockinâ€™ on the Riverfront free concert series, Night Ranger proves that they can still rock and roll just at hard as they did when they started over 30 years ago. Playing to a packed riverfront along the Detroit River in the shadows of the GM Renaissance towers they brought a rock show that was bigger than the stage they played on. Jamming through a thirteen song set which included songs from Damn Yankees and a rousing rendition of Crazy Train, they put the crowd back in time to the Eighties when arena rock, huge hair and over the top stage shows reigned supreme. Night Ranger shows no sign of slowing down anytime soon, showing that you can still Rock In America, especially in Detroit Rock City.

Check out our interview with guitarist Brad Gillis:

Setlist:
Lay It On Me
Sing Me Away
Four in the Morning
Coming of Age (Damn Yankees cover)
Crazy Train (Ozzy Osbourne cover)
The Secret of My Success
Eddie’s Comin’ Out Tonight
High Enough (Damn Yankees cover)
Goodbye
When You Close Your Eyes
Don’t Tell Me You Love Me
Sister Christian
Rock In America