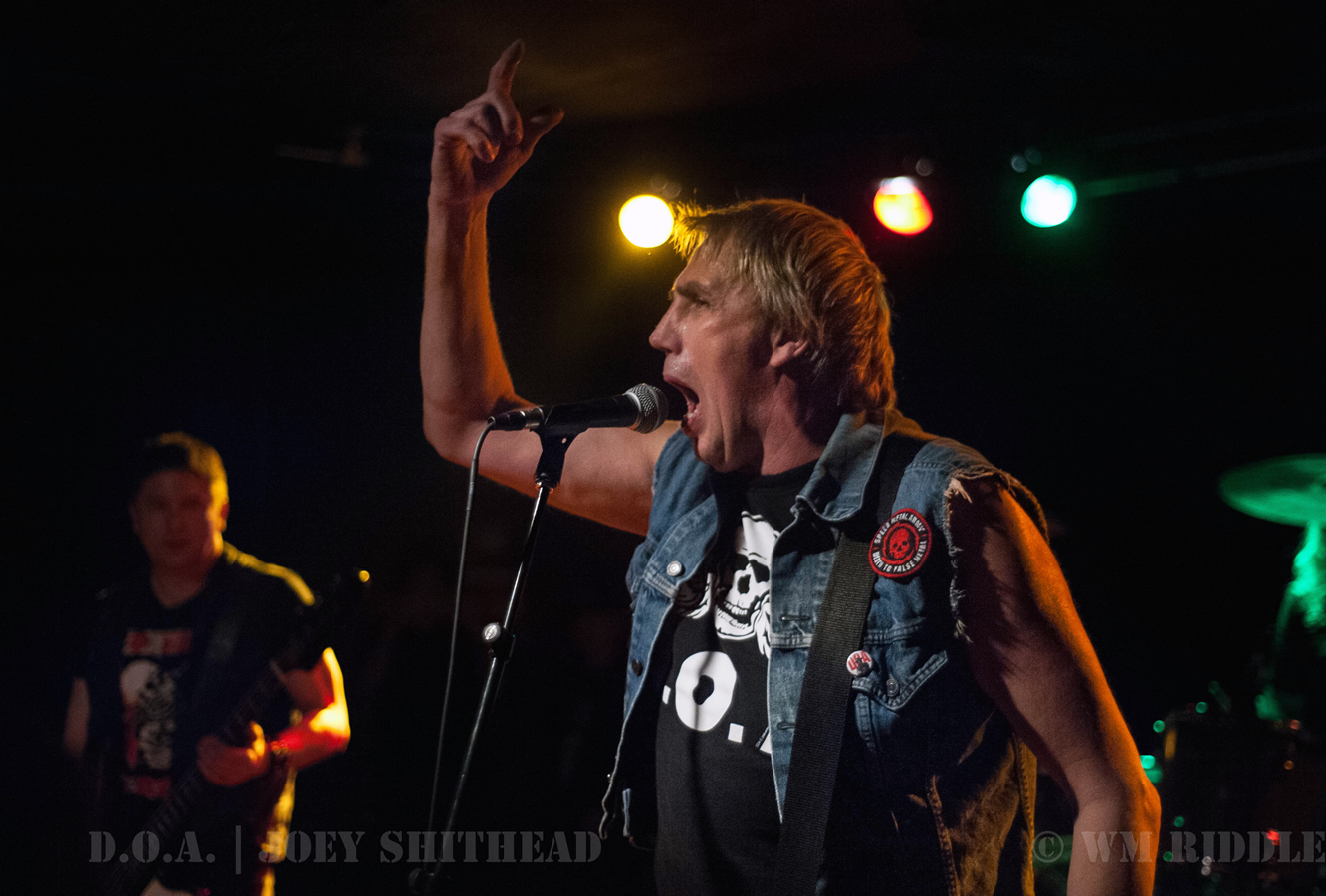 Like something out of the film ‘Fight Club’, the Tonic Lounge is voted one of the five best neighborhood dive bars in Portland, Oregon. Â They feature a great on tap beer selection, good booze, a laid back lounge, and a killer patio and stage for underground music. More importantly, The Tonic Lounge keeps their calendar diverse, hosting acts such as Destruction, Missing Persons, and Greg Kihn.

Most recently on March 28th, 2014 Â Hardcore Punk legends, D.O.A., graced the stage.Â This farewell tour with special guestsÂ MDC (Millions of Dead Cops), The Ransom, and Mr. Plow, was a great fit for a great bar.

D.O.A. played an impressive set of songs spanning 36 years of awesome Punk Rock. Â With pounding drums and loud guitar, D.O.A. delivered music with a message, in the way that only Punk can. Â The band is currently on their farewell tour supporting the album, Welcome to China Town.Â Be sure to check them out while they are still in the states. D.O.A will be making stops in Washington and Oregon before heading off to Australia and China. Â  They’ll return to the states, hit up the south for several Florida shows, and wrap the tour up in late June 2014.

M.D.C. – Millions of Dead Cops/Millions of Dead Children/Multi-Death Corporation.Â You know the names, now see the band! Â M.D.C. has kicked a hole in the boundaries of music since forming in 1981 inÂ Austin, Texas. Â After relocating to the San Francisco bay area, hardcore punk band MDC changed their name with every new record released. Now based in Portland, Oregon and after 25 years, MDC is still kicking ass and taking names with a continuously growing following and dedicated fan base.

The Ransom is a three-piece punk band from Portland Oregon.
https://www.youtube.com/watch?v=lRw8yG91VjY

Mr. Plow is a one-man band of raunchy sing-alongs in the vein of Dr. Demento. Â Funny to some and not so funny to others, I vote funny. This is the guy you would want to have at a party and hand him a guitar, but I’m willing to bet he no longer plays for beer. Very talented!
reverbnation.com/mrplow
myspace.com/mrplow