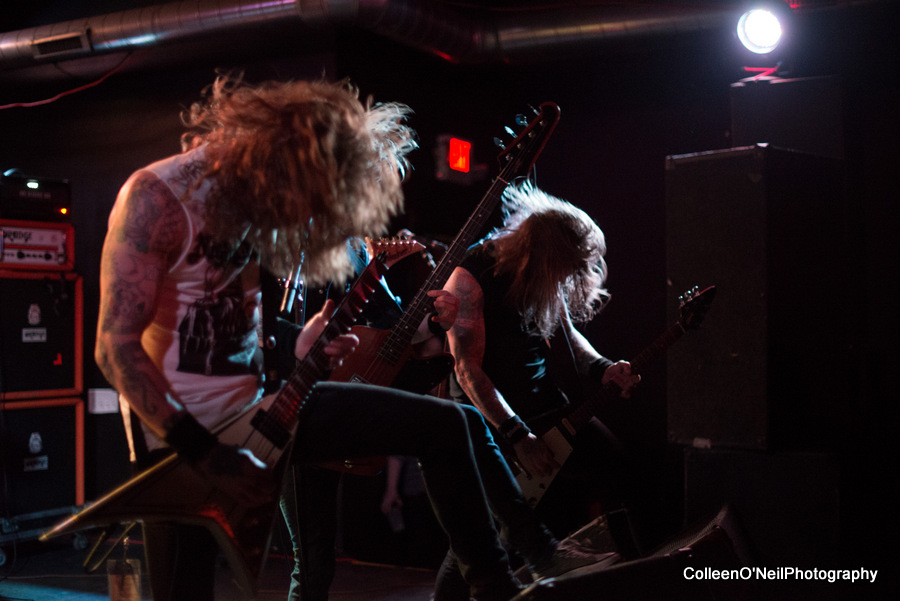 Graveyard and Bombus appeared at Fubar, in St. Louis for a night of metal infusion, with more influences than can be counted.

Graveyard, formed in Gothenberg, Sweden in 2006, played to a standing-room-only crowd, packed tightly from the front of the stage to the back bar. From their opening note, everyone in the building was transfixed by the band’s stunning melodies.

Graveyard’s sound is an amalgamation of 70’s fuzz and growling blues, built on a solid classic rock backbone. You can hear influences such as Black Sabbath (with a little more bounce), or something like Led Zeppelin meets the Rolling Stones.> Graveyard’s stunning performance was the icing on the cake… they had some big shoes to fill after Bombus’ set.

Bombus, another band from Sweden, opened the show. They are another Gothenberg-based band, with similar influences to Graveyard’s. Along with the classic rock infusion, you can hear other influences in their music such as MotÃ¶rhead, The Melvins, and Poison Idea, which give an extra punch to their sound.

Originally a two-man collaboration between Feffe and Matte, the band gained attention and gig offers when it grew to a quartet after the addition of Ulf and Peter. Ulf ultimately left performing with the band, although he remains a ‘fifth member’ and takes care of equipment along with other duties. He was replaced by Jonas.

It seemed not everyone at Fubar was as familiar with Bombus as they were with Graveyard, but by their second song, the band had the rapt attention of everyone in the club. The few stragglers making a late entrance created quite the mob scene when they stopped in their tracks to take it all in.

Of course, a show like this could only happen at a venue like Fubar. It is the one club in St. Louis that is consistently booking some of the best of, not only up and coming artists, but established acts as well. This is the club that people will talk about when they’re telling stories about seeing that one superstar band, once upon a time, in an incredibly intimate setting before they hit the big time.

Both bands were gracious enough to spend a good amount of time after the show to meet and interact with the fans, and the owners and management of Fubar were kind enough to open up the second half of the club to make this possible.