Hailing from Flint, the city amongst the most violent in America, the Michigan metalcore act It Lies Within quickly made a name for themselves in the home state and beyond.

It Lies Within quickly moved from local opener to headliner, It Lies Within has worked hard touring constantly. The band has played numerous sold-out shows with larger national acts, such as The Devil Wears Prada, We Came As Romans, Asking Alexandria, Motionless in White, and more. Rumor has it a new album is due in fall 2014.

Kelly Tucker of National Rock Review interviews Zach Scott and Erik McKay of It Lies Within:

It Lies Within album Chrysalis (2012) is available for immediate download on Amazon: 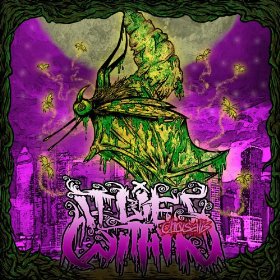