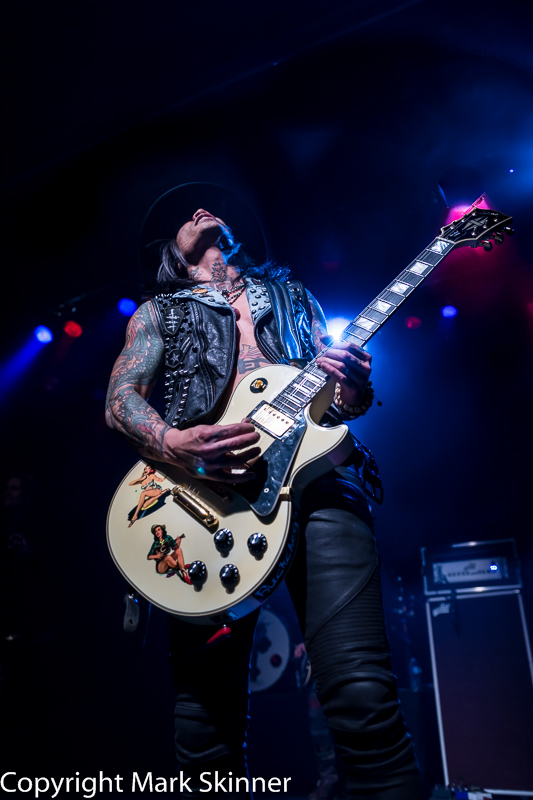 Buckcherry continued on their North American tour making a stop at the Phoenix Concert Theatre in Toronto, Ontario on February 7th, 2014. They delivered their typical high energy performance to which the crowd reciprocated with wild enthusiasm. These guys are real veterans at live performance and do not disapoint. The sound quality of the Phoenix was also great, as is expected in this well known concert venue. Bleeker Ridge played in support.

Buckcherry is an American rock band from Anaheim, California formed in 1995. The band released its self-titled debut album in 1999 to critical praise and certified gold sales. Time Bomb followed in 2001. However, the band disbanded in 2002.