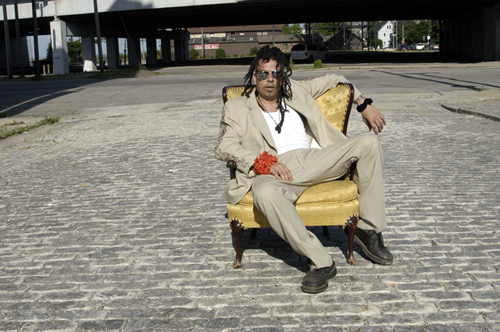 Charles Henry “Chuck” Mosley was born in Hollywood, California on December 26, 1959. He is widely known as the first ‘real’ singer for Faith No More.

His music career started in 1979 as keyboardist for Billy Gouldâ€™s band The Animated, which  broke up in 1982. Gould went on to form Faith No Man while Mosley joined Haircuts That Kill.  Faith No Man would eventually morph into Faith No More. Mosley hooked back up with Gould in Faith No More, replacing Courtney Love on vocals.

Mosley recorded two albums with Faith No More: 1985â€™s We Care A Lot and 1987â€™s Introduce Yourself.  Mosley parted ways with Faith No More in 1988 due to creative differences with other band  members and allegations of substance abuse. Mosley states he was fired because he and the band werenâ€™t getting along, as well as him â€œhaving a big mouth.â€ Mosley would end up suing the band for publishing rights and an attempt to clear his name of the accusations of substance abuse. Mosely resumed playing with Haircuts That Kill until 1990.

In 1990, Mosley was recruited by Bad Brains for a two year stint replacing H.R. on vocals. He performed well over 50 shows singing for Bad Brains, however he never made it into the studio to record with them.

In 1996, Mosley moved to Cleveland, Ohio where he honed his cooking skills, making a living as a chef at several restaurants (he even cooked for Bob Dylan once!). He also started a family and has two daughters, Sophie and Erica. He continued playing music on the side and would spend several years writing and compiling new material. He started working on his first solo album, Will Rap Over Hard Rock For Food, in 1998. 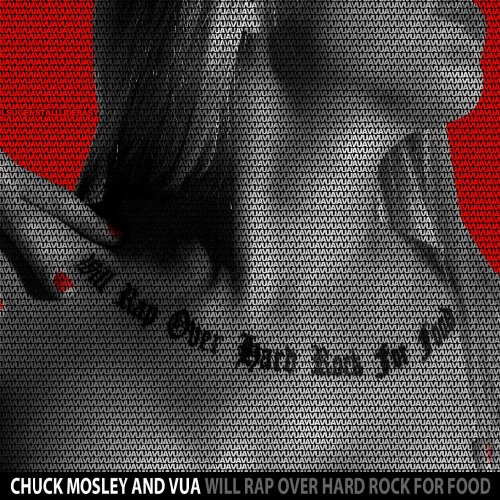 Although he starting the album with a different engineer, Mike Seifert (famed producer of such acts as Tori Amos, Lifehouse, Fountains of Wayne, Bone Thugs-N-Harmony, Colbie Caillat, Regina Spektor, and many more) stepped in to help Mosley finish the half-completed project.

The band members used to record this album consists of Mosley on vocals, Michael Cartellone (Lynyrd Skynyrd, Damn Yankees) on drums, Tim Parnin (Sweet Apple, Cobra Verde) on guitar and Michael Siefert on bass. Mosley was able to obtain some guest musicians such as Roddy Bottum (Faith No More) to play keyboards on ‘We Care A Lot’, Jonathan Davis (Korn) to sing & John 5 (Marilyn Manson, Rob Zombie) to play guitar on ‘The Enabler’ and Leah Lou (The 2 Left Shoes) to duet on ‘Nameless’.

Mosley worked on the album, on and off, for several years. Will Rap Over Hard Rock For Food was eventually released by Reversed Image Unlimited in 2009 under the moniker Chuck Mosley and the VUA (Vanduls Ugenst Alliderasy). Mosley is considered, amongst many, as one of the founders of the Rap/Rock Movement.

His time with Faith No More influenced many of todayâ€™s acts, such as Korn, Limp Bizkit, Disturbed, and Kid Rock as well as many others. Mosley says that he named the album Will Rap Over Hard Rock For Food to poke fun at himself and what a lot of people told him he started. Mosley sang over melodies that Faith No More gave him but ended up â€œrappingâ€ when he couldnâ€™t find a melody. Mosley says he is a terrible rapper but was happy to find people picking up on his shortcomings and making a whole new style out of it.

Although the Rap/Rock scene has lost momentum, this album is still viable in todayâ€™s world. Mosley blends together a perfect balance of rock, hip-hop, punk, metal and funk. The surprise, for me, is that Mosley is actually a pretty good singer. Sure, there are moments that reflect back upon his Faith No More days where he raps a little, but there is also some poetic balladeering reminiscent of Leonard Cohen or Tom Waits, plus some straight forward heavy rock and roll singing. Mosley knows what he has, makes it work and gets the job done.

The Enabler, Pile Driver and the updated remake of We Care A Lot are the few tracks where Mosley raps giving them more of a Faith No More type sound. On this third version of We Care A Lot, Mosley references Mike Patton but says it is not a ‘knock’ on Patton. Mosley says he has known Patton for over twenty years and that Patton has always been very cool to him.

Musically, Tractor and King Arthurâ€™s Cousin Ted are a couple of rockers that remind me a little of Stone Temple Pilots and Foo Fighters while ‘Punk Rock Movie’ is a fun sounding tune reminiscent of the Lemonheads, Dead Milkmen, and Green Day. 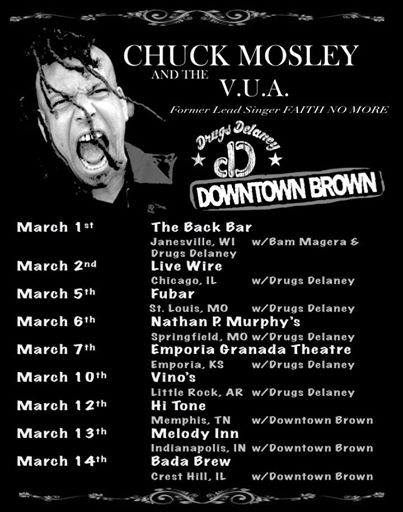 Nameless is a great ballad featuring the incredible voice of Leah Lou. This duet is, by far, my favorite track on the album. Very haunting and atmospheric along the lines of something the Sundays or Crash Vegas would have recorded.

On Come Around and Sophie, Mosley sings in a low raspy voice which is very poetic and reminiscent of Leonard Cohen or Tom Waits.

Bob Forest, the album closer, is a funny song about a good friend of Mosleyâ€™s. Mosley tells us that Forest was a roadie for the Red Hot Chili Peppers and singer for Thelonius Monster back in the late 80â€™s. Mosley says one night he was imitating Forest and singing in his vocal style, â€œWell, I donâ€™t know what youâ€™re talking about, but I know one thing, my name ainâ€™t Bob. It never wasâ€¦â€ and this made the whole band laugh so they turned it into a song.

There is a very eclectic mix of song styles here almost giving the album a cinematic concept feel. Not sure if this was Mosleyâ€™s intent but it sure works for him!

Mosley has been very busy since the original release of Will Rap Over Hard Rock For Food. In 2010, he made a surprise appearance on stage with Faith No More in San Francisco, California. This was the first time since 1988 that he had performed with the band. Mike Patton even joined him on stage to sing a duet on ‘Introduce Yourself’.

In 2012, Mosley re-released Will Rap Over Hard Rock For Food and is working on an autobiography. He also has a spring tour planned for 2014. The tour will begin in Janesville, Wisconsin on March 1st and will take him all over the United States. Mosley’s band members on  this tour include Tim Parnin (Sweet Apple, Cobra Verde) on lead guitar, Steve Mehlman (Pere Ubu, Rocket From The Tombs) on drums and Steve Rauckhorst (Integrity, Pitch Black Forecast) on bass guitar.