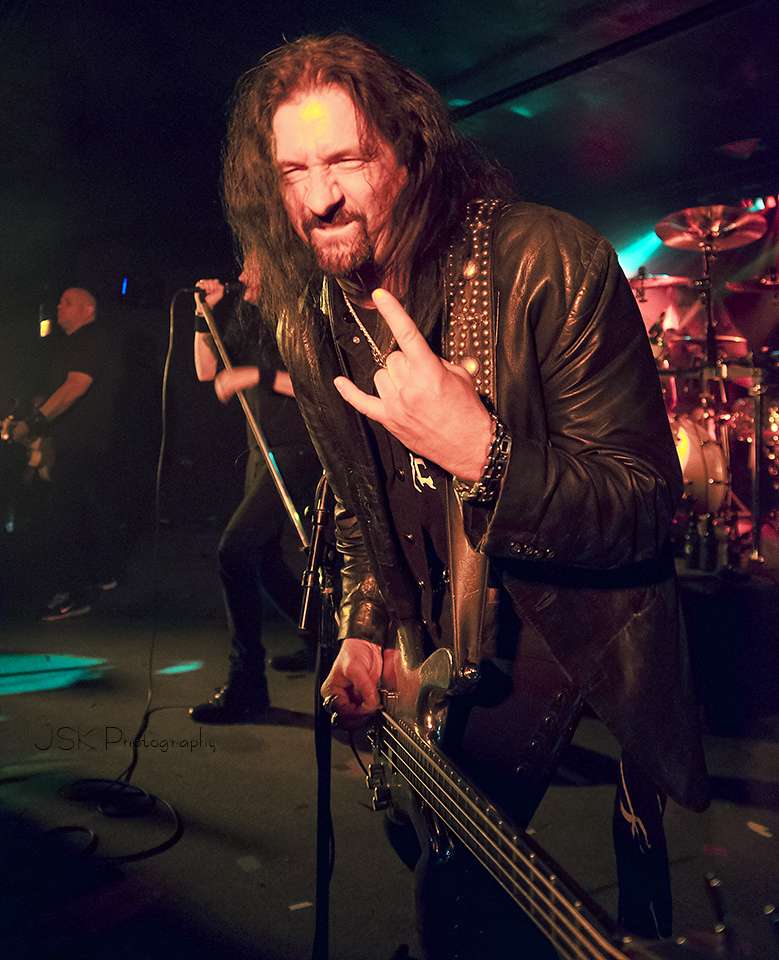 West coast metal legends, Metal Church, demonstrated they still have what it takes rock the house. On tour in support of their latest release, Generation Nothing, the band took the stage on Friday, February 2nd at the Token Lounge in Westland, Michigan. Their fans, both young and old, turned out to show their support for Metal Church, together again after a five-year hiatus. Based on their performance and the overwhelming response of the fans, you can tell this is a band reborn.

Vocalist Ronnie Munroe channeled the old-school Metal Church we’ve all come to love, nailing the notes of each song on a set list covering all the fan favorites. Guitarist Kurdt Vanderhoof, the sole remaining member and founder of the original lineup, was in top form playing like it was 1980 again. The other members of the band on this tour are comprised ofÂ Steve Unger (bass), Jeff Plate (drums), and Rick Van Zandt (guitar), all of whom have worked with the group on its last few releases and tours.

The band was fired up on all cylinders, a tank of hi-octane fuel pumping through their veins. The blistering intro of Ton Of Bricks began the foray in to the trek down memory lane as they played classic songs one after another.

Start The Fire came next followed by the title track, Generation Nothing, off the same release. The next few songs,Â The Dark,Â A Light in the Dark,Â Fake Healer, andÂ Badlands, set the furious pace for the rest of the night.

The fervor of the crowd was high when the band struck the first notes from Gods of Wrath. A timeless classic, one that stands the test of metal history, and they delivered it flawlessly with backing vocal chorus of a few hundred people.

Another new track,Â Dead City, came next withÂ Mirror of Lies before the band once again regaled the crowd with the slow building, haunting riffs of another classic, Watch The Children Pray, from their album, The Dark.

Beyond The Black, an anthem off the first album, came next as the band wound up their set with a crowd-favorite, their title track, Metal Church.

After a brief pause to catch their breath and recoup, they returned to the stage for an encore with a teasing intro of Kiss classic, Detroit Rock City. They close out the night with The Human Factor, and a searing cover of Deep Purple’s Highway Star.

The fans in attendance were no strangers to the cult of Metal Church. Not a single person in attendance was standing around wondering who this band was. Several battle-worn concerts shirts from the eighties were sported with pride alongside the younger generation who wore their newly minted swag with as much honor as their elders.

It was spine tingling and exhilarating to see so many generations gathered to rock out, singing along word-for-word, celebrating the rejuvenation of the Metal Church nation.Â This truly was a night of homage and tribute to one of the earliest originators of the power metal genre to emerge from west coast metal scene of the 1980s.

DO NOT miss your chance to pray at the altar of Metal Church on one of their remaining U.S. tour dates!