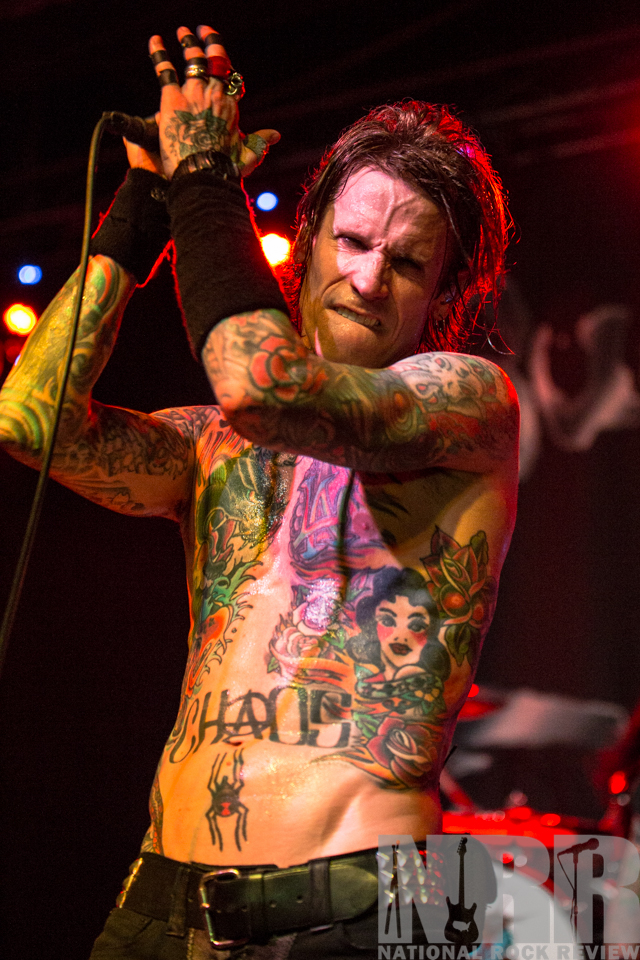 It was a long lineup of stellar bands at the Diesel Concert Theatre. Kicking off the event and warming up the crowd was No Resolve, a local band of rockers that got the place started on the right track. They played to full crowd and made the most of it.

Coming all the way from Milan, Italy was the next act, Exilia. They got on stage and gave us everything they had under the circumstances. They were rushed to the venue as their plane had arrived late and were unable to set up for an entire performance. However, that didn’t stop them from they giving 100% for three songs. The singer, Masha, has the vocal range and power of Bjork, but with some killer metal flavor. I wish I could have heard more from this band!

Hitting the stage next was another international visitor. The Virgin Marys, from England, are POWERFUL. I had never heard this band before and in just one show they have become one of my favorites. Their drummer, Danny Dolan, wails on his drum kit with absolute malice and grace. I canâ€™t say that the Virgin Marys sound like anyone I have heard before. Think of a bit of ‘British Punk Grunge’ with a taste of swing. Â I cannot speak highly enough of these guys. Check out their song/video Dead Manâ€™s Shoes and you will understand what I am trying to say. Their recorded performances have a live feel to them much like you would expect from an artist, such as David Grohl.

Finally, the main act took over. By now, the crowd was way beyond capacity. Buckcherry performed as well as everyone expected; they opened full throttle with their hit Lit Up and never let off the gas. A spectacular performance from the rocking beginning to the sweaty end.

They could have easily started this tour in a larger venue, but the Diesel Concert Theatre afforded fans a more personal and close up experience with a nationally renowned band than would be had in a larger venue.

Buckcherry will be playing various cities across the U.S. through May 10, 2014 before heading to Europe.

Article and photography by Joe Orlando