Multi-platinum band 311 have formally announced the June 23 release date of their 12th studio album MOSAIC along with an 8-week headline tour.

The new 311 album MOSAIC will be released on June 23 with a unique album cover that is comprised of nearly 10,000 photos submitted by fans including the image of the 5 band members.  Fans can view a high-resolution pan & zoom mosaic of the cover image now at 311AlbumArt.com. 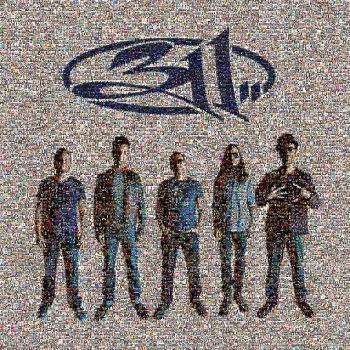 MOSAIC contains 17 tracks including the single â€œToo Much to Thinkâ€, along with the songs â€œToo Lateâ€ and â€œPerfect Mistakeâ€ that fans can download now if they pre-ordered the album.  Fans can check out the official video for â€œToo Much to Thinkâ€ here.  The album was produced by John Feldmann (Blink-182, Panic! At The Disco, etc.) and Scotch Ralston.  It is the follow-up studio album to the 2014 release Stereolithic that was also produced by Scotch Ralston.  With MOSAIC, 311 are approaching their 10th consecutive Top 10 album debut on the Billboard Top 200 Albums Chart.

311 has been building and continues to expand it fan base through incessant touring including the annual 311 Caribbean Cruise, as well as 11 studio albums that have spawned popular hits such as â€œDownâ€, â€œAll Mixed Upâ€, â€œBeautiful Disasterâ€, â€œCome Originalâ€, â€œChampagneâ€, â€œAmberâ€, â€œCreatures (For a While)â€, â€œBeyond the Gray Skyâ€, and even a cover of The Cureâ€™s â€œLove Songâ€.  MOSAIC will be the band’s 12th studio release.  311 are originally from Omaha, NE, but now reside in Los Angeles.  The band consists of singer/guitarist Nick Hexum, singer S.A. Martinez, guitarist Tim Mahoney, drummer Chad Sexton and bassist P-Nut.

311 is heading out on an eight-week headlining tour of North America on June 22 featuring special guests New Politics plus The Skints / Passafire (on select shows), along with some select festival appearances.  This marks the 18th consecutive year that 311 has embarked on their summer Unity Tour.  It is a tour full of fun, engaging music that diehard fans look forward to year after year.

The full summer tour schedule is listed below.