Following the success of their 2015 debut EP, Breaking Out, the band will release their first full-length album worldwide on September 23 via Frontiers Music Srl.

RavenEye recorded the eleven-track album at Water Music in Hoboken, New Jersey over a period of 25 days. Having worked with the band on their debut EP, producer Warren Riker (Ms. Lauryn Hill, Michael Jackson, Down, Anders Osborne) was brought in help capture the band’s distinct sound on NOVA. 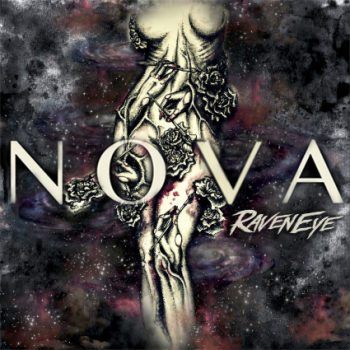 Since RavenEye’s formation two years ago, the band toured the world extensively, with support slots alongside the likes of Slash, The Darkness, and Halestorm, in addition to headline tours and festival appearances across Europe and the US.

RavenEye is a band with a long pedigree, fronted by the multi-award winning guitarist, Oli Brown. Prior to the band’s inception, Brown had released four solo albums and trotted the globe touring with the likes of Jeff Beck and Buddy Guy. Aussie bassist Aaron Spiers and drummer Gunnar Olsen complete the RavenEye lineup.

NOVA is available for pre-order now on iTunes and Amazon. The band’s debut EP, Breaking Out, can be streamed online via Soundcloud.

RavenEye will be touring Europe in September and early October, with a few dates in North and South America.