His solo tour, covering the eastern United States, will support his album Impersonator released in Oct 2014.

Nashville-based Marc Martel, prior to releasing his solo album and heading out on a three-week Say The Word Tour, is no stranger to the stage as a current member of Downhere formed in 1999. Martel, with his uncanny resemblance both visually and vocally to the late Freddie Mercury, was chosen to tour with Queen in the Queen Extravaganza Tour. The tour is a tribute to the late Queen frontman, and will resume later in the summer with Martel as the face of Mercury.

With the release last fall of Impersonator, Martel steps into his own spotlight with a voice that proves he is not pretending to be anyone but himself. His music speaks from the heart, full of emotion and power that illustrates the musical reach far beyond the Mercury persona. The album showcases just how far-reaching his vocals are with pop, rock, and jazz mixed throughout the Impersonator album.

When asked how his first solo release has been received, Martel indicated that, “overwhelming the reaction has been how honest it is.” Along with the honesty in the lyrics, there is a great variety. Martel states, “I guess I get bored with one genre or style if I listen to it too much.” The tracks on Impersonator carry you through with the each and every influence and as Martel noted he “poured himself into the record.” The album represents so much of his own metamorphosis as it comes on the heels of what could be the end of Downhere, his foray into the Extravaganza, and now the launch of a solo tour. 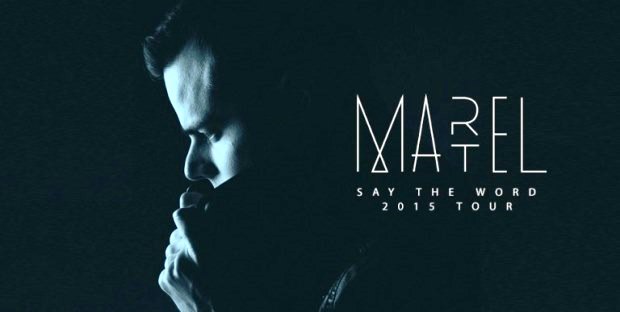 “Stalemate,” track 10 on the album, stands out to Martel as a favorite. One for which he states, “could not have been written before I got married.” As the title speaks for itself, the lyrics of letting go of the right to be the victim is something that comes at a point in one’s life when you finally learn to see the other side of situations and put yourself in the shoes of another.

The upcoming tour that begins on Sunday, May 3 at the DC9 in Washington DC continues with stops in Boston, New York, and Pittsburgh to close out the northeast. The run through the southeast has stops in Chapel Hill, Atlanta, and Columbus, Georgia before wrapping up close to home in St. Louis. Musicians joining him on the tour include Tyler Warren (drums and guitar), Tim Wilson (bass), and Nate Bedingfield (guitar).