Legends From Beyond The Galactic Terrorvortex will be released on May 31. The thrilling third chapter of the Gloryhammer saga is available for pre-order today.

Mighty warriors of the galaxy, Gloryhammer, have returned from another epic quest, which led them from beyond the galactic terrorvortex through “The Land Of The Unicorns” right into the glorious “Battle for Eternity”. The whole story will be told on their new album, Legends from Beyond the Galactic Terrorvortex, out May 31 via Napalm Records.

Back in our universe they forged multiple versions of what will be known as the best power metal album of all time
The heroes around Angus McFife XIII recruited an intergalactic orchestra to create a symphonic version of the whole album. It will be added as a bonus album to specific formats of Legends from Beyond the Galactic Terrorvortex. Keep your eyes open for the right format to not miss these cosmic sounds.

Make sure to grab a copy of this power metal masterpiece. Especially the strictly limited editions, which will sell out fast!

Gloryhammer states: “Mighty warriors of the galaxy! It is our immense pleasure to reveal to you the full tracklist of our new album Legends from Beyond the Galactic Terrorvortex, and its release date – MAY 31, 2019! Many battles were fought to bring this album to you, so make sure to pre-order your copy today…otherwise you might miss out on one of the legendary special editions packed full of cosmic bonus material! FOR THE ETERNAL GLORY OF DUNDEE!”

Pre-Order Legends From Beyond The Galactic Terrorvortex here 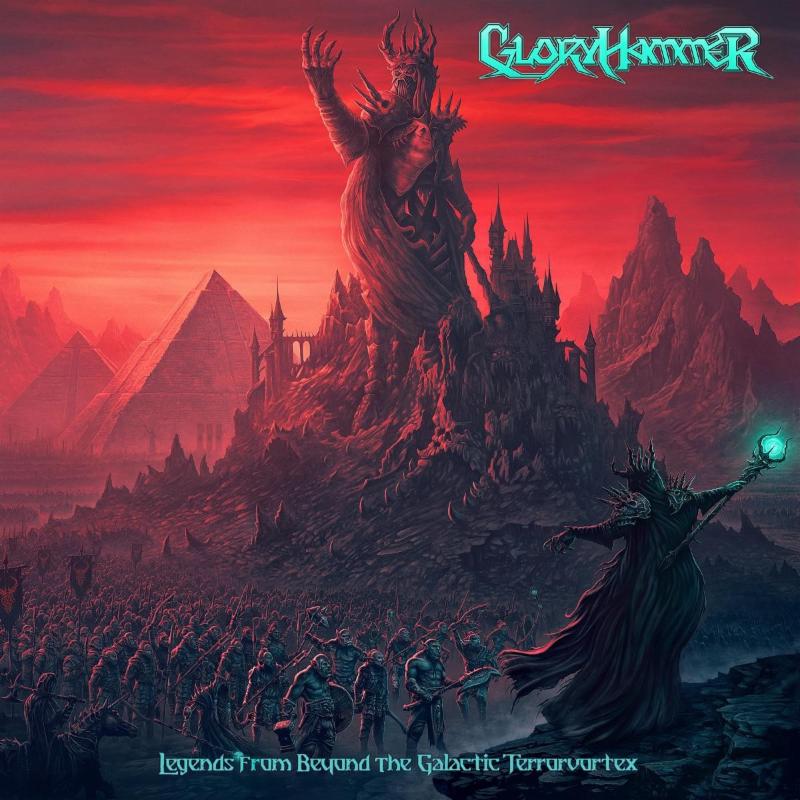 Legends From Beyond The Galactic Terrorvortex track list:
1. Into the Terrorvortex of Kor-Virliath
2. The Siege of Dunkeld (In Hoots We Trust)
3. Masters of the Galaxy
4. The Land of Unicorns
5. Power of the Laser Dragon Fire
6. Legendary Enchanted Jetpack
7. Gloryhammer
8. Hootsforce
9. Battle for Eternity
10. The Fires of Ancient Cosmic Destiny
I: Dundaxian Overture
II: The Battle of Cowdenbeath
III: Return of the Astral Demigod of Unst
IV: The Knife of Evil
V: Transmission

The galaxy waits in fear for the return of Angus McFife XIII, who fought the greatest battle the galaxy has ever heard of, against the evil sorcerer Zargothrax. All hope of the Kingdom of Fife lies in the strong arms and the infinite wisdom of their young crown prince.

On May 31, Gloryhammer’s new album will tell us the whole story of the most gigantic battle of all time. Until then, we expect to receive more parts of what will end as the best power metal album the galaxy has ever seen. Keep your eyes and ears open!

Zargothrax on the new album: “Oh wow! I know a lot of people have been waiting on this album for what seems like centuries. For the last three years we’ve been working non-stop on it in absolute secrecy, and now it is finally complete! We can’t wait for y’all to hear it…this is the greatest power metal album of all time. HOOTS!”