Hard rock titans Godsmack will be out on a headlining tour across North America with special guests Volbeat from April 16 to May 11, tour following the release of their critically-acclaimed seventh studio album, When Legends Rise, which debuted on the Billboard Top 200 album chart in the top ten (#8), with four #1 placements on other charts.

Here’s what a few critics are saying about Godsmack’s live show:
“Filled with pyro, extreme lighting, sonic booms, and their entire catalogue of hits, this was an adrenaline rush entering your veins from start to finish.” – Annunziato Scaglione, National Rock Review, 5/19/18

“It’s an all out assault on the senses when [Godsmack] start getting into their second set. Broad and bold, this band makes its mark and if all you can remember after 3 days is Godsmack, then success fostered its way to your memory bank and you leave wanting more.” – Charlotte Alexander, Go Venue Magazine (Welcome to Rockville), 5/9/18 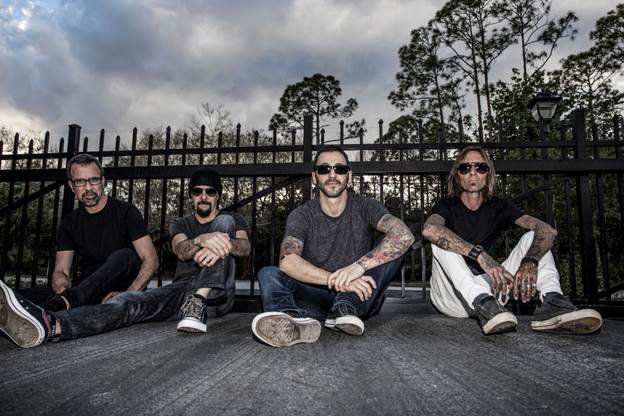 “When Legends Rise” is the second #1 single from the album and was its’ recent music video release mixes an electrifying live performance with thrilling highlights of pivotal moments in recent football history, watch it HERE. It follows last year’s #1 “Bulletproof,” which was just nominated for ‘Rock Song of the Year’ for the 2019 iHeartRadio Music Awards and was also the most-played song at rock radio in 2018. Godsmack was also nominated for a second iHeart award for ‘Rock Artist of the Year’.